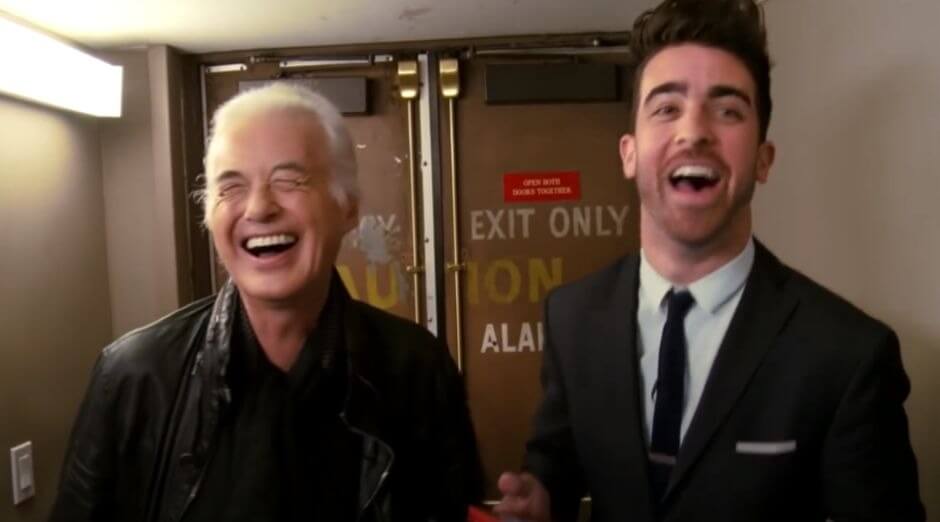 He smiles and say “Is a really good person. Great that is a 10.”

Jimmy Page guitar playing on The Yardbirds “Smile On Me”:

When he realizes that the song that is being played is “Smile On Me”, recorded by him with The Yardbirds, Page smiles and says: “Oh i’m gonna give that an 11 [laughs].

Elliott Randall on Steely Dan’s “Reeling In The Years”

“The thing is i really love all guitar playing. That’s exactly the thing, hearing the guitar when i was a kid and just really appreciating even then. That you know, it’s six strings of an electric guitar but everyone will take on it their caracthers, so they are different. That’s the cool thing about it.”