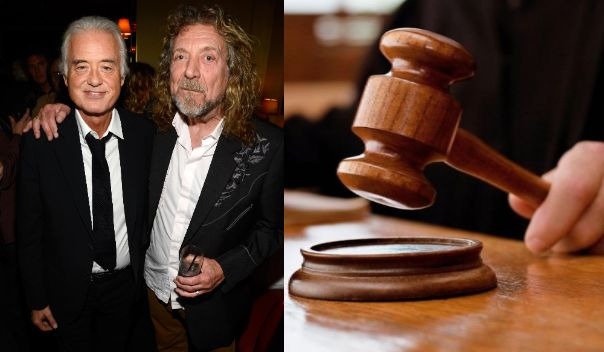 Led Zeppelin will return to court over the “Stairway To Heaven” case, according to the Hollywood Reporter. A ruling on Monday (10) from a panel of eleven US court judges has indicated the need for a review of the plagiarism case involving this rock classic to be held in the week that will begin Sept. 23

The War on the Authenticity of “Stairway To Heaven”, released by Led Zeppelin in 1971, revolves around the famous band having stolen the initial chords of Spirit’s 1967 “Taurus”. Francis Malofiy, a Philadelphia lawyer, had in his favor a ruling by a US Court of Appeals that ordered a new trial of the plagiarism case of the iconic song.

The argument is that there was “abuse of discretion” in the 2016 trial when the judge refused to allow Malofiy to play a recording of “Taurus” for the jury. At that time, the famous band went to court because the two songs were considered similar enough that a jury would point out if it was really a case of plagiarism.

But the decision was favorable to Led and everything indicated that the case was finally closed. With this turnaround, the decision that arrives at this moment makes Jimmy Page, Robert Plant and John Paul Jones again present their defense to the authorities.

Copyright experts heard by Philadelphia Magazine say that Led Zeppelin should be worried because it would have a history in ripping riffs from old blues songs and not giving due credit to the author. Including, Malofiy calls Led Zeppelin of “the greatest band of covers of all history”.

New testimonies and evidence must be presented by the lawyer, in addition to the execution of the music that he considers to be the original for the jurors. Also to be reinforced is the charge that Led Zeppelin was the opening band of a Spirit tour of the United States in 1968 when the guys had contact with the material.

Stairway To Heaven is estimated to have generated $ 500 million in revenue and royalties since its launch in 1971.