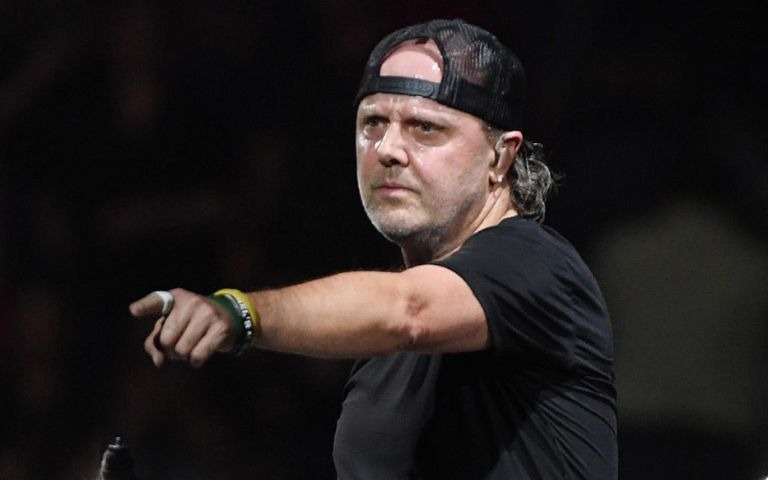 In a brand new interview with the San Francisco Chronicle, METALLICA drummer Lars Ulrich spoke about the legendary metal band’s longevity and incredible commercial success 38 years after the group’s inception.

In an interview with San Francisco Chronicle, Metallica legendary drummer Lars Ulrich talked about the band’s longevity and incredible commercial success after 38 years.

“This may be the best tour we’ve ever done in Europe. It wasn’t because of the numbers, even though the numbers are kind of crazy. The reason this is the best tour is because we feel more connected internally than we ever have before. We’re connecting more with the audience and with the fans and the people who are there to share the experience. I can’t quite put my finger on it.”

“Over the course of a summer like this, you find yourself occasionally, over a late-night beverage or the right company, trying to intellectualize or get overly analytical about why it’s working at the moment. It’s very hard for me, at least in a sound bite, to clarify that or articulate it.

“There’s some balances and boundaries that are in place that make everybody happy and make Metallica a better band in terms of the physical elements, the mental elements and all this.”

“There seems to be an appreciation for these newer songs in the set that may not have been there on the same level on the last couple of tours we were doing new stuff. Social media has definitely helped engage a lot of newer, younger fans that are experiencing Metallica for the first time. There’s so many 12-, 14-, 16-year-olds that are coming to the show. When I’m looking out, it feels like it’s at least 50 percent of the fans.”

“It also feels 50-50 gender-wise. All that is kind of crazy compared to 20 years ago, when it was mostly 18-year-old dudes in black rock T-shirts. I say that with nothing but love. It’s morphed into this other thing that’s multigenerational. It’s super cool to sit up on stage and take it all in and go, ‘Holy shit!’ Who would have thought that 30 years into this, this could still be happening?”

About playing for big crowds, he said:

“It’s definitely nuts. As you get older and more aware of your own mortality and issues and so on, every day I stand up there and try to really open my eyes to it and take it in. Obviously, this is not the first time we’re playing stadiums in Europe, but I don’t remember the last time we played stadiums in Europe, sitting there going, ‘Holy shit! Look at all those people!’”

“It’s amazing that music can still be this transformative and still have this power to bring people together — not just for the people up onstage but for everybody in the audience. I never used to think about any of that stuff. Now it’s such a big part of the day-to-day out here, just being appreciative and grateful for how this thing has morphed.

“I understand that has something to do with growing and maturing and whatever other words you want to attach to that process.”