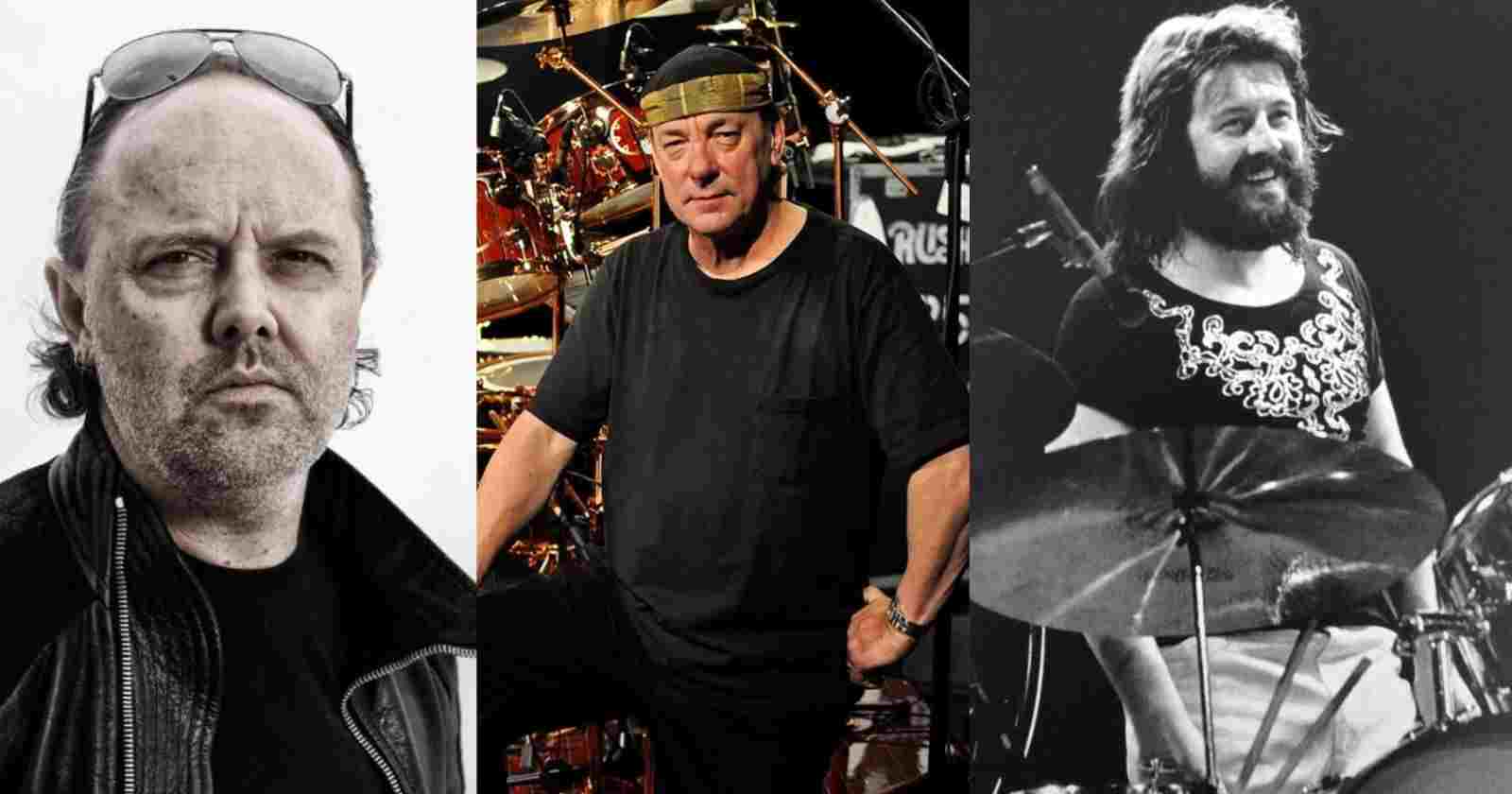 Metallica drummer Lars Ulrich revealed in an interview with Howard Stern which drummer he thinks is the best of all time: Led Zeppelin‘s John Bonham or Rush’s Neil Peart.

Lars Ulrich said about which drummer is the best of all time:

“It’s fucking hard. Listen, I’ve been asked that question, on and off, for 40 years. I would put two additional names on that list. Deep Purple’s Ian Paice is an incredibly technically gifted drummer, and Phil Rudd is what gives AC/DC that incredible bounce and swing.”

“You mentioned ‘When The Levee Breaks’. I mean, that’s classic Bonham. The drums are big, thunderous, ambient. He’s a little bit behind on the snare. And it’s got that groove. He’s in the pocket.”

“The first time I ever met Neil, it was 1984. Our manager Cliff [Burnstein] signed Rush, and I had drum questions about gear and this and that. He goes, ‘Neil loves to talk to younger drummers.’ He goes, ‘Call Neil. He wants to hear from you.’ And it was, like, ‘Huh?!’ I was 20 years old with not a pot to piss in. And I called him, and we spoke 30, 45 minutes on the phone and were geeking out on drums. And the whole thing was like a fairy tale. You can’t play drums and not love Neil and you can’t not be appreciative and respectful.”

“Between Neil and between John, no disrespect, but I’ll have to go with John Bonham.”