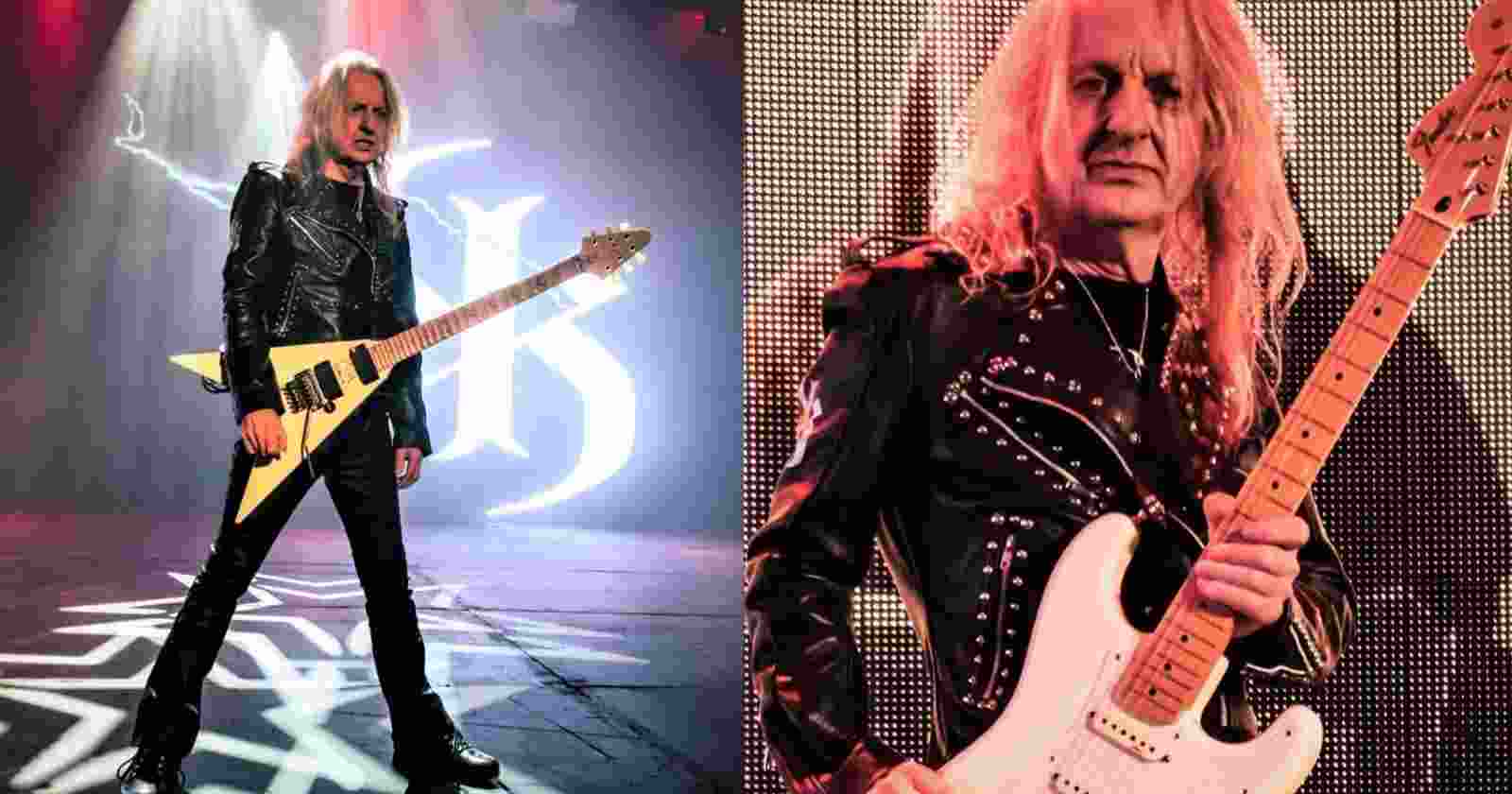 Ex-Judas Priest guitarist KK Downing said in an interview Rock Hard Greece that the band threatened him with legal action over KK’s Priest (his new band) name. The musician also recalled the begining of his career.

“Their lawyers sent a letter to my record company making threats of legal action if I went forward with KK’s Priest. But for the moment, nothing happened. I think they made the threat but decided not to follow through. They made the threat to stop me making the band.”

“I think a lot of fans will understand that I have been a Priest since 1968. I’ve wanted to be a Priest since. I’ve traversed the road of the evolution of music as we know it today. We went from blues, when I was young, to progressive blues to rock to hard rock to heavy rock to heavy metal,” he added. “I’ve been on that journey. So, I believe that I have a right to continue as a Priest, because some of the guys in Priest now, I haven’t met them, and they’re playing my songs, which is fine. But if they have a right to be a Priest then I have a right.

“I can’t write like a new guitar player. So, everything I do is gonna be reminiscent of the past to the fans. I think it’s gonna be absolutely fine; I really do. The face of KK’s Priest, that will evolve, and that will be on the journey with us.”

“A couple of weeks after I walked out (Of Judas Priest), Rob and his manager wrote me a letter. They wanted me to form a band with Rob and some other musicians. Jeff Loomis was one. I can’t remember the names. But I got the email… I just ignored it.”