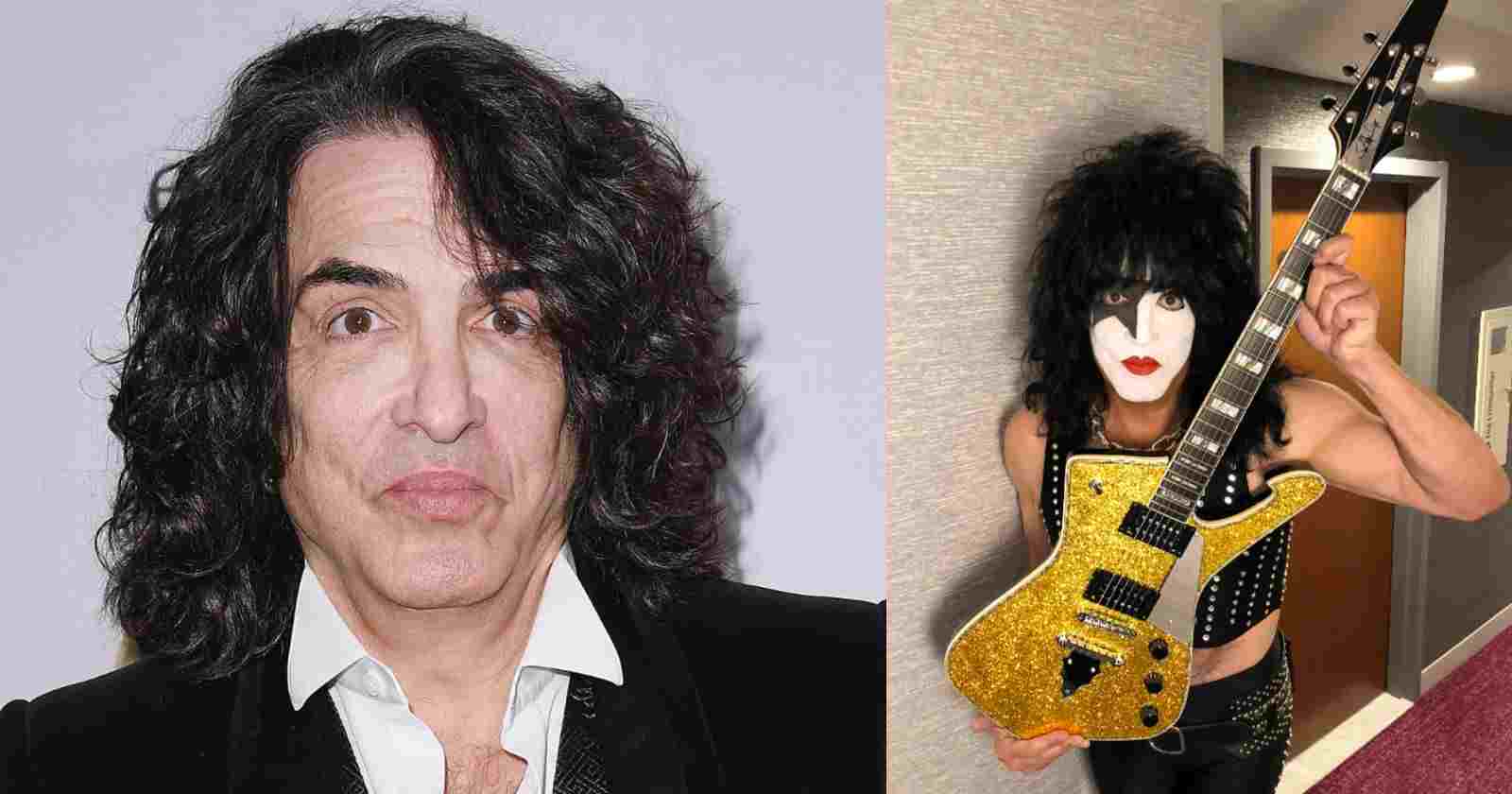 Kiss singer and guitarist Paul Stanley revealed in an interview with Shortlist back in 2015 some of his favorite songs of all time. The musician also talked about his childhood and favorite Kiss songs.

Kiss’ Paul Stanley and some of his favorite songs of all time:

“I don’t know if it’s totally sad, but the first one that comes to mind is Otis Redding – Try A Little Tenderness. I love the way it starts, very much one-on-one… Otis was such a great deliverer of line and emotion, whether it was something like that or Dock Of The Bay and the song just builds to this great crescendo with the instruments coming in and him just going full bawl.

It’s kind of like emotional church. Support your woman… although it may not be sad, it’s certainly emotional and empathetic, so I’ll go there rather than try to find a sad song.”

“That’s an interesting one. Let’s go with Phil Collins “Against All Odds”. Why that song? Drama, drama! Y’know? It’s all emotion, and it’s all vulnerability and in that track he certainly eviscerates himself. It’s pretty stunning in how he just tears himself open. That kind of desperate vulnerability… to be able to pull that off is terrific. The song ends beautifully and I love it. There’s always grander songs or more heroic songs but sometimes the most difficult thing is to reveal the self.”

“Phil Collins has done some really terrific stuff and it’s always interesting to think of somebody who came from behind the drum kit…I was certainly scratching my head when I heard that Peter Gabriel was going to be replaced by their drummer! But he proved me and a lot of people wrong.””

Favorite song from his childhood

“I would probably go with Summertime Blues – Eddie Cochran. I got into rock and roll rather early – so, while a lot of other kids were outside playing games and cowboys and indians or whatever, I was fascinated with the rock shows that were on. We had Alan Freed, who coined the phrase ‘rock and roll’ and we also had Dick Clark. And they always had great entertainment. Artists and bands of the time, whether it was Little Star, or Chuck Berry or even Conway Twitty, all these people.”

“Eddie Cochran was great because I remember seeing him and thinking – if it’s possible – he’s a more dangerous Elvis. He took that whole thing a little further – he was less acceptable and there was more ‘rogue’ to him and more defiance. In some ways, he was closer to Jerry Lee Lewis than he was to Elvis. If you mixed Elvis and Jerry Lee Lewis I think you got Eddie Cochran.”

Favorite song that no one else knows

“When she was in high school – and coincidentally it was my high school, although she graduated a few years before me – she wrote Stoned Soul Picnic, Eli’s Comin’, When I Die – a bunch of big hits for other people, and was just a brilliant singer songwriter with an amazing soulful voice – a true, true artist, so I would just go with Timer, as it’s a bit eclectic and it’s a bit quirky, and at the same time it’s pretty magical and spiritual.”

“When I think club anthem, I tend to go back – beyond what is happening nowadays – and I still remember the days of Studio 54. The music – I proudly may sound dated – but it was music with melody and with great choruses, and anything today that I think is great is rooted in that…Nile [Rodgers] and Chic came on the heels of KISS and in some ways, interestingly, Nile says we were an influence on them. Donna Summer kind of ruled Studio 54.”

“For better or worse, I Was Made For Loving You was born out of Studio 54, the whole idea of non-stop music where one song could segue into the other, because they were all the same 126 beats per minute. I remember hearing Last Dance a lot at 54 and some great Chic stuff – it’s hard to limit it to a single track! Maybe Brick House – Commodores. Y’know that’s before… God bless Lionel for going a little bit more sappy… but Brick House was about as funky as it gets,” Paul Stanley said.

Favorite lyric from a song

“You don’t have to get too deep for “You need coolin’ baby, I’m not foolin’, I’m gonna send you back to schoolin’.” It’s so to the point and its eloquence is in its unabashed simplicity. I would kinda mirror that with “I really love you babe, I love what you got, let’s get together so we can get hot”. So many of my songs, I think, tend to go for… right in your face. I think it’s sometimes, no pun intended, fun to beat around the bush, but sometimes it’s nice to know what you’re getting as soon as the song starts,” Paul Stanley said.

“I think that in doses, Sam Smith is good. I think Foo Fighters are always great…Rival Sons. There’s always something out there.”

“Our wedding song, our first dance, was What A Wonderful World – Louis Armstrong. We all get cheated so easily, and we all get so desensitised by the media and life, by what we see around us that’s bad. I think it’s sad to be so callous to not see what a great world this is and it becomes amazing when you find the right person to share it with.”

“I’m proudly and unabashedly emotional and I think too many people take a certain amount of pride in being callous or being tough, so to speak. Tough is fine, but tough should never replace heart,” Paul Stanley said.

“New Radicals, You Get What You Give. It’s upbeat, it’s catchy, it’s got a great melody. At that point I think songs were also tied to videos and interestingly, you can sometimes find it difficult to separate the song from the video, and I think that was during those times… it was a fun video and the song stood up well on its own. It’s big and anthemic,” Paul Stanley said.

Favourite song from his own music

“Y’know, on one hand I go to Detroit Rock City and Love Gun and on the other side I go to Forever and Every Time I Look At You. My songwriting is really based – and the template for it – really is the Brill Building. The great hard rock, the great thunderous songs still live by the same formula that Carole King and Gerry Goffin wrote from and Barry Mann and Cynthia Weil…and The Beatles certainly come from that school.”

“My roots as a writer are as much that – and Motown and Philly Soul and singer-songwriter – as it is the music that came afterwards. My writing is fairly diverse and I’m proud of the best of all of it.” Paul Stanley said.