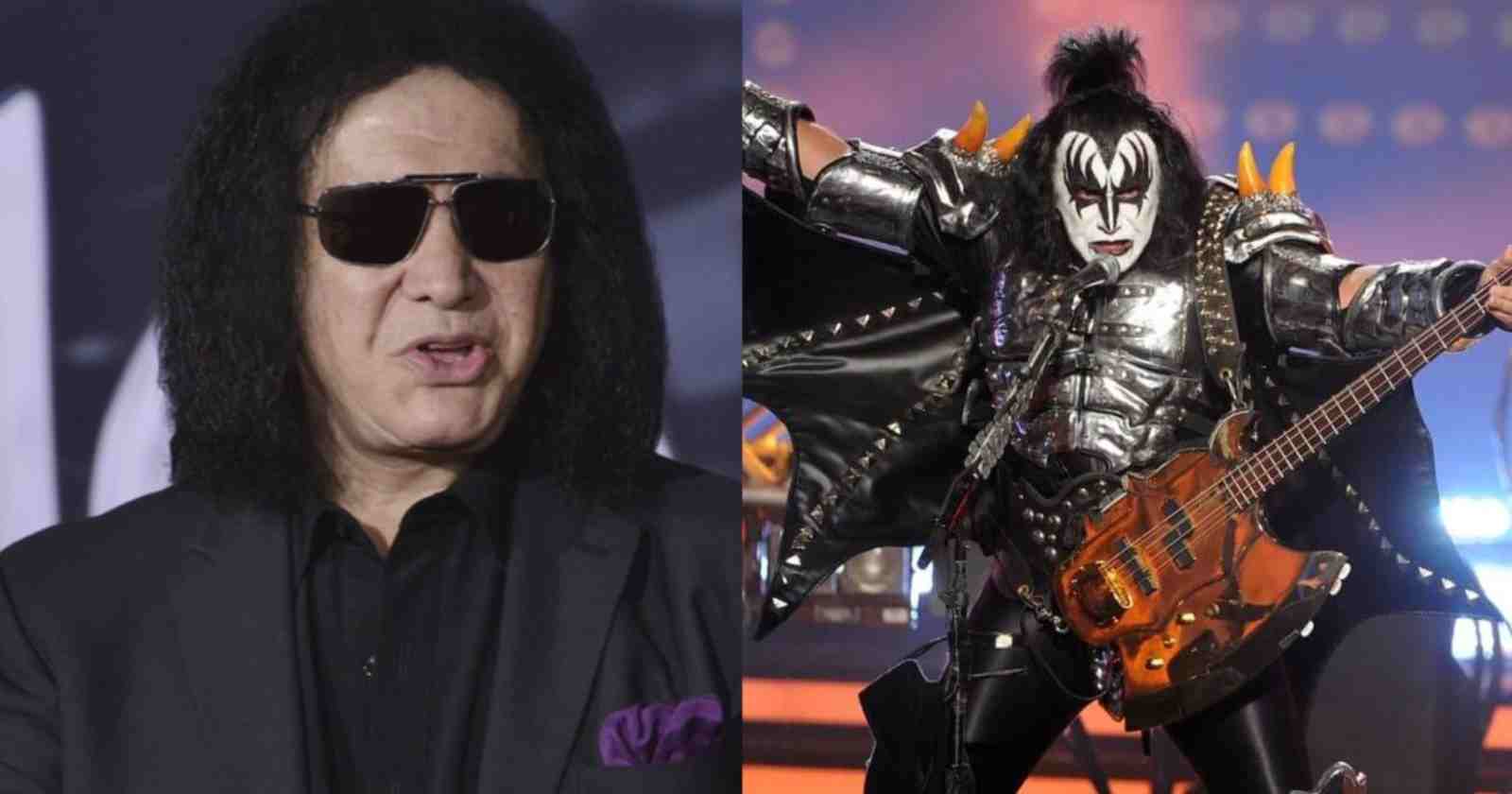 Legendary Kiss bassist and singer Gene Simmons prepared a list back in 2014 for the radio show “Celebrity Shuffle” picking some of his favorite songs and explaining why they are so important to him.

The Easybeats “Friday On My Mind”

“When I first heard ‘Friday On My Mind’ by the Easybeats I didn’t know that there was gonna be a connection to AC/DC, the two guys in the band Vanda and Young, then went on to form a band called Flash and The Pan.”

“But the Easybeats had this crazy song that quarterly eludes me (Gene imitates the songs), certainly not blues-based, these licks. Then right before the chorus, the chords move the way notes move. If you try to play those notes they’re hectic. Try playing at his chords.”

“Jackie Wilson, one of the preeminent templates for lead singers. There would be nobody without Jackie Wilson. He was such an important figure in music that there were actually songs written about Jackie.”

“He was a guy that was very acrobatic, he could do splits, jump up way before guys like James Brown came across and started doing that stuff. Raised in the church, this was pure pop big band. A big band playing with a real pop background.”

“The early 60’s were a peculiar time, because at the same time that radio radio was figuring out how to play Rock and Roll. Which was still in it’s infancy, every once in a while you would hear very bizarre instrumentals by groups that would only come for one song, like The Tornados.”

“So at the same time that these instrumental bands were doing music to ‘Watch Girls Bye-Bye’, the Bob Crewe generation, instrumentals were big. Even Kiss did an instrumental called ‘Love theme from Kiss’, but one of the unique songs of all time was this kind of latin-flavored sleepy Hawaiian guitar by two guys who up until then had had no success whatsoever but immediately it grabs you.”

Van Halen “Running With the Devil”

“A band I saw in it’s infancy in a place called ‘Starwood’, it was club in Los Angeles. They were the warm up band to the headliner and it was just a club band. I went backstage and immediately convinced the band, Eddie, Alex, Roth obviously that they should not sign with a yougurt manufacturing company guy who was gonna support them but that I would fly them to New York and produce their demo at Electric Lady studios and I did.”

“I worked with the band trying to figure out what arrangement worked, what didn’t and we picked 15 songs and they were recorded on a 24 track and this was their demo.”

“You know, he hardly sang the songs but before rap, before anything, this guy cornered the ‘Oh yeah, come to daddy’, type of music. He produced his own records, often wrote his own tunes and actually got up like Jackie Gleason, but that’s another story and was a maestro.”

“‘Magic’ by Pilot is a gem by the middle period of English music, the group had a big album that I was aware of and after that they disappeared. But this song ‘Magic’ combines all the best things of English pop music, great songwriting, terrific production by Alan Parsons, who himself would go on to form his own band called Alan Parsons Project and the engineer was a guy named Mike Stone who would later work with Kiss and with Paul (Stanley) on some of his projects, including a band called New England.

Toad the Wet Sprocket “Rock and Roll All Nite”

“I put together a Kiss tribute album because I didn’t wanna wait for anybody else to do it. You only get the respect you demand, so why not throw a party for yourself? So I called everybody I could think of and somebody offered up told Toad the Wet Sprocket and they decided to record ‘Rock and Roll All Nite’, which it was a curious case and they had complete latitude to do what they wanted with the song.”

“And what came out was a fascinating sound which changed the drumbeat and even had a different passage going into the chorus. But if anything, it reminds me of Jackson Browne,” Gene Simmons said.

“‘Goin’ Blind’ was a song I wrote with my school chum Stephen Parnell. In those days I didn’t think much about lyrics and I have no clue about why I sat down and wrote a letter called ‘I think I’m going blind’. Execpt I thought it was terribly romantic. It was about an old guy, I remember a movie called ‘The Hemingway’s The Old Man and The Sea’ and my vision of that was the old man and a mermaid.”

“A little lady from the land beyond the sea and all that kind of stuff. She was this kind of love interest for this old guy and when we were recording the song Paul Stanley thought that the lyrics were ridiculous of course and he yelled out ‘I’m 93, you’re 16’.”

“That was Paul Stanley’s sole contribution to that song ‘I’m 93, your 16, can’t you see I’m going blind’. Of course it makes absolutely no sense. I can’t tell you what ‘Goin’ Blind’ means except everybody’s told me what it means, every single version has been a different story,” Gene Simmons said.