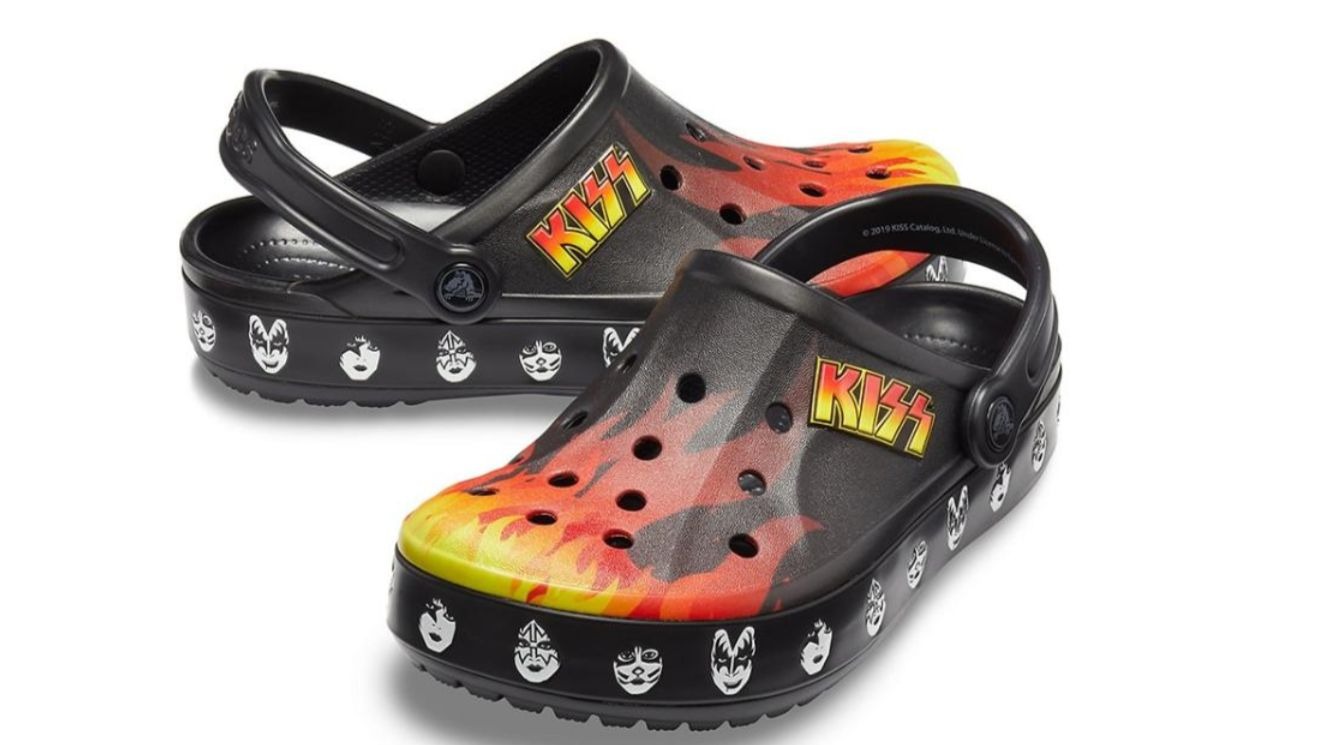 Kiss released another partnership for the group’s extensive line of merchandising. Now fans can get their Crocs in rock and roll version.

The new partnership yielded four different models of the shoe that are on sale on the company’s website starting at $ 44.99. The products were created for all types of tastes, having more basic models and other more colorful ones. 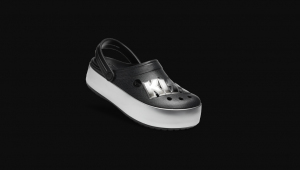 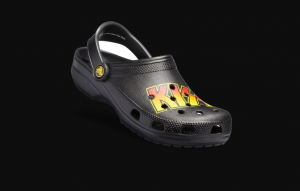 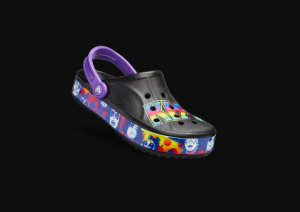 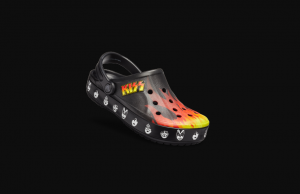 Crocs, Inc. is an American company, based in Niwot, Colorado, that distributes and once manufactured a foam clog shoe.

Crocs was founded by Scott Seamans, Lyndon “Duke” Hanson, and George Boedecker, Jr. to produce and distribute a foam clog design acquired from a company called Foam Creations. The shoe was originally developed as a boating shoe. The first model produced by Crocs, the Beach, was unveiled in 2002 at the Fort Lauderdale Boat Show in Florida, and sold out the 200 pairs produced at that time. It has since sold 300 million pairs of shoes.

In June 2004, Crocs purchased Foam Creations and their manufacturing operations to secure exclusive rights to the proprietary foam resin called Croslite. Croslite is a closed-cell resin, described by third parties as an injection-moulded EVA foam.

The foam forms itself to a wearer’s feet and offers purported medical benefits, according to a number of podiatrists. Crocs holds one patent covering “breathable workshoes and methods for manufacturing such”, U.S. Patent No. 6993858 B2 issued February 7, 2006, and three design patents covering various ornamental aspects, U.S. Patent Nos. D517788, D517789, and D517790 issued on March 28, 2006.