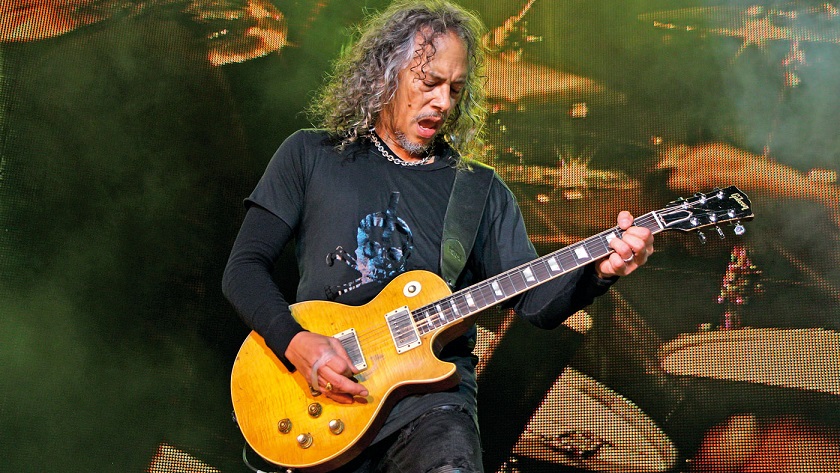 The legendary Metallica guitarist Kirk Hammett talked with GI about how he managed to get sound he wanted off his guitar. 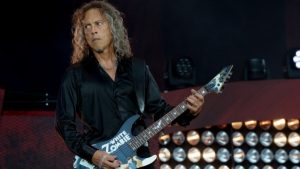 “And he brought it by with like a small Marshall combo. And the combo didn’t have a master volume on it so I had to crank it up in my hotel room, which is what I prefer to do. Get that amp right to that point, that sweet spot where the speakers are sounding really good.

“And I freaking hit a chord and I was like, ‘Woah!’ And I put it [on the neck pickup] and I played some stuff. Fucking incredible neck pickup. 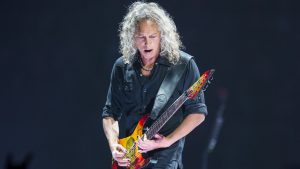 “Then I put it in the middle. And this is the aspect of Greeny that not a lot of people know about – when it’s in the middle and you have both pickups on, and this is inverted, it creates out-of-phase sort of sound. Kind of somewhere like on the Strat when you put it between the first and second position. Similar idea, similar result. It brings out a weird sort of mid that really doesn’t exist unless you put it in this position. To me sounded like a Strat through a Marshall. Cranked!

“I thought, ‘Oh my god, this guitar is just kind of like a walking contradiction. It’s got an amazing neck pickup sound, super full, super biting, totally killer bridge sound. But here [in the middle], it’s like magic. 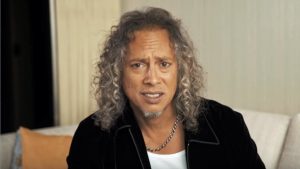 “A lot of the tone is in the neck itself because it has a pretty beefy neck. And a lot of people don’t know this, but the neck has been cracked off. That’s because when it was in Gary Moore’s boot of his car he got rear ended and the neck got broken off. So it got put back on. 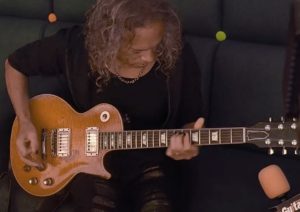 So you haven’t changed anything on it?

“No. This [pickup toggle switch cap] is new. I’ve been [switching pickups] and the original went flying off. So we replaced that and we put strap locks on it.

“It’s cool when I look at this, that’s from Gary Moore [points at worn-out parts below the bridge pickup]. When he played, he’d rest his fingers right there. And I just love that. Gary put that on there. These wear marks… It’s just an insane instrument.”

How often does it get played during the set? 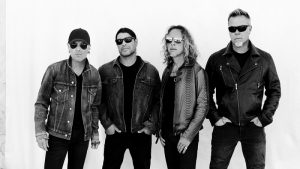 “That’s a really inspiring instrument. I have to say I’m very, very happy to be able to be the caretaker of this guitar. It really does belong in like the Rock N’ Roll Hall of Fame. I’ll admit, it’s historical and it has contributed a lot to the modern music. But as of now, I don’t think she’s ready to retire.

“And when I play [Fleetwood Mac’s] ‘Oh Well’ on it, it still sounds like the goddamn recording. It has its tone already in it. You can plug this guitar into any normal-sounding amp and you will get a great sound.

“There are some guitars that have the tone inside but you have to bring it out, you have to find the sweet spot in the amp. This guitar – you plug it in and it’s already there. Just a minor tweak here and there, doesn’t really matter. I played this through a Fender Deluxe from like 1954 and it sounds incredible.”