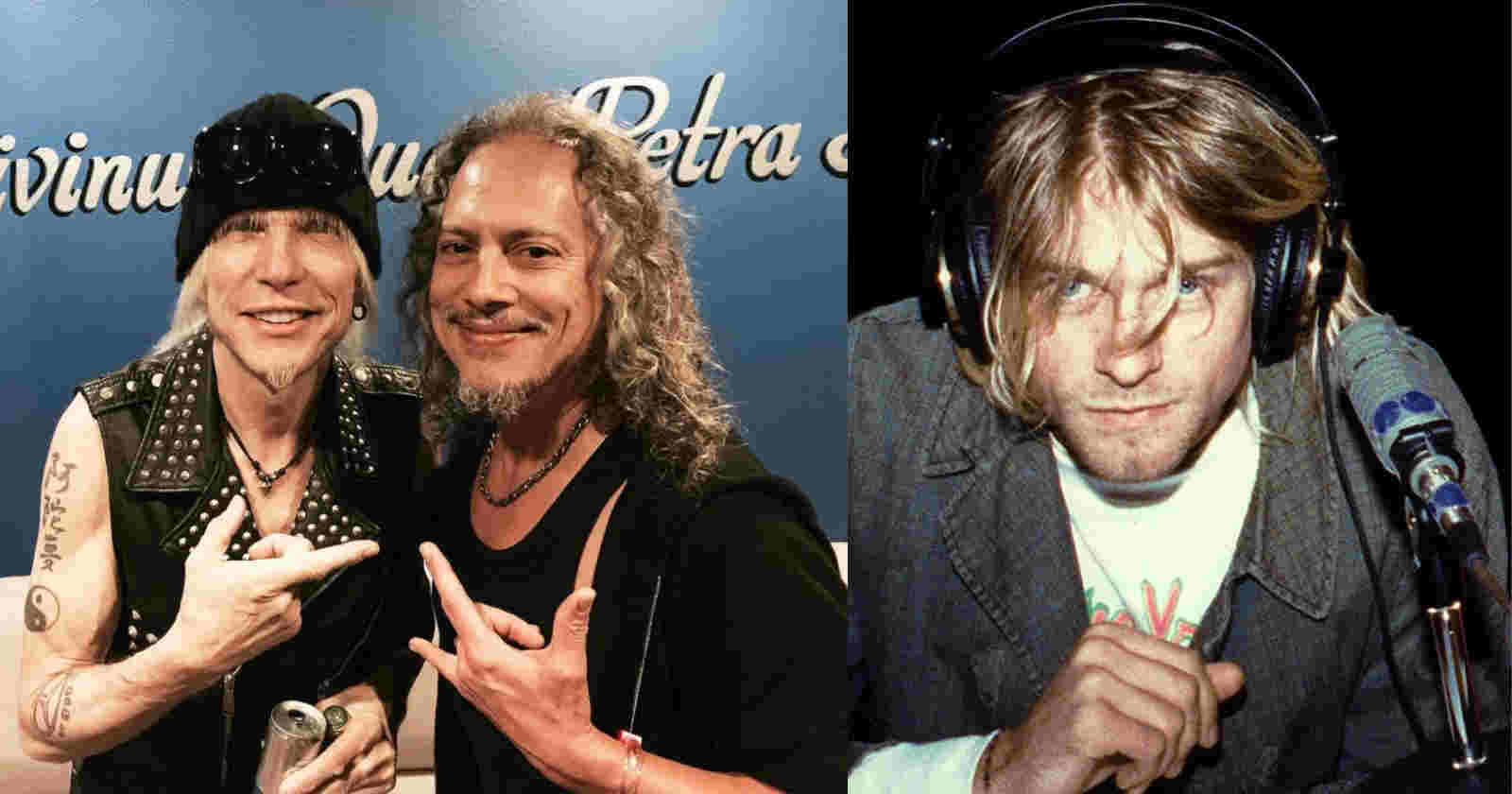 Metallica guitarist Kirk Hammett said in an interview with Classic Rock magazine that Nirvana’s Kurt Cobain was a big fan of the Thrash Metal band. Hammett said that he had the chance to be with Cobain many times before his death.

“Kurt Cobain came to one of our shows in Seattle, on the Black Album tour. I knew Kurt kind of well, and I hung out with him quite a bit. He was a pretty big Metallica fan. I was surprised at how much of a Metallica fan he was.”

“Rock radio embracing our sound – our heaviness – helped the whole grunge thing take hold. Not long after the Black Album came out, Nirvana put out Nevermind. I like to think we had something to do with the acceptance of Nirvana.”

Talking about the legacy of Metallica’s “Black Album”, Hammett said:

“It’s a cultural force in itself. As much as modern culture changes and morphs, there’s something within that album that continues to resonate around the world. And I mean the world, because it’s big everywhere.”