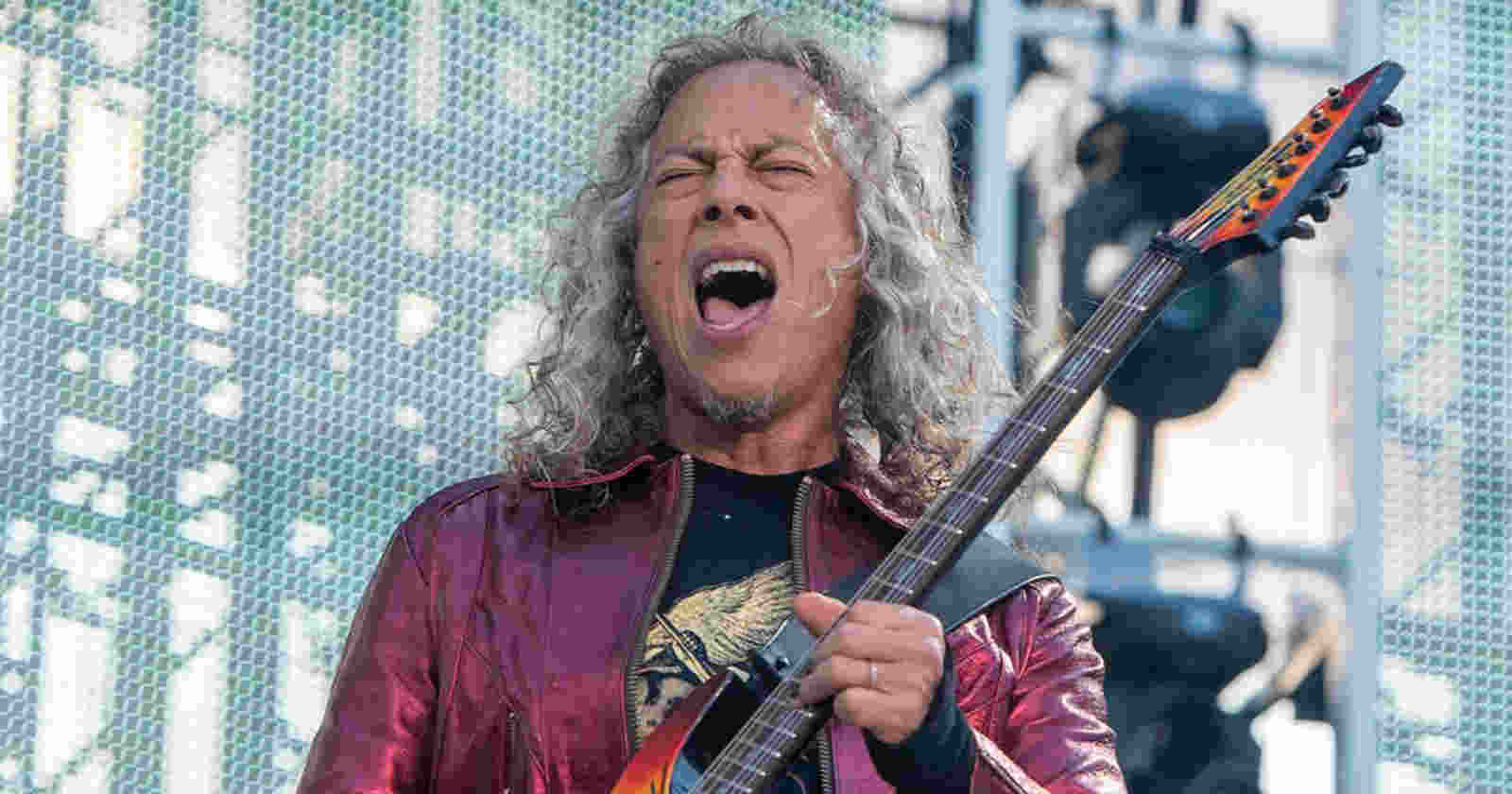 Metallica guitarist Kirk Hammett recalled in an interview with Classic Rock magazine how the riff for the classic song “Enter Sandman” was written. The musician also said that the Thrash Metal was aiming to make a kind of “Back In Black” when thinking about the “Black Album”.

Kirk Hammett recalls how the riff for “Enter Sandman” was written:

“We didn’t want to go down the same progressive, demanding route,” Hammett said. “We had our sights set on bigger things. You have to remember that there had been some mega albums around that time – Bon Jovi, Def Leppard, Bruce Springsteen – eight million, nine million copies sold. And we wanted that. It’s obvious. We wanted a Back In Black.”

“The Enter Sandman riff was a riff that just fucking appeared,” Kirk says. “It was three o’clock in the morning, I was sitting in my bedroom. People say: ‘What were you doing up at three o’clock in the morning?’ Well, I was still in tour mode. I was playing my guitar, I had nothing else to do. I’d been listening to Soundgarden all day. They were a band that me and James loved. I was just trying to capture that feel. That riff came out of nowhere.”

“The best parts of that album kind of just wrote themselves,” Hammett continued. “Solos and music and songs felt like they just appeared out of nowhere. It was like the universe handed it to us on a platter. Not like the first four albums.”

Kirk Lee Hammett was born November 18, 1962 and is an American musician who has been the lead guitarist and a contributing songwriter for heavy metal band Metallica since 1983. Before joining Metallica he formed and named the band Exodus.

He is the son of Teofila “Chefela” (née Oyao) and Dennis L. Hammett (a Merchant Mariner). His mother is of Filipino descent and his father was of English, German, Scottish and Irish ancestry. He attended De Anza High School in Richmond, California. While attending De Anza High School, he met Les Claypool of Primus, and they remain close friends.