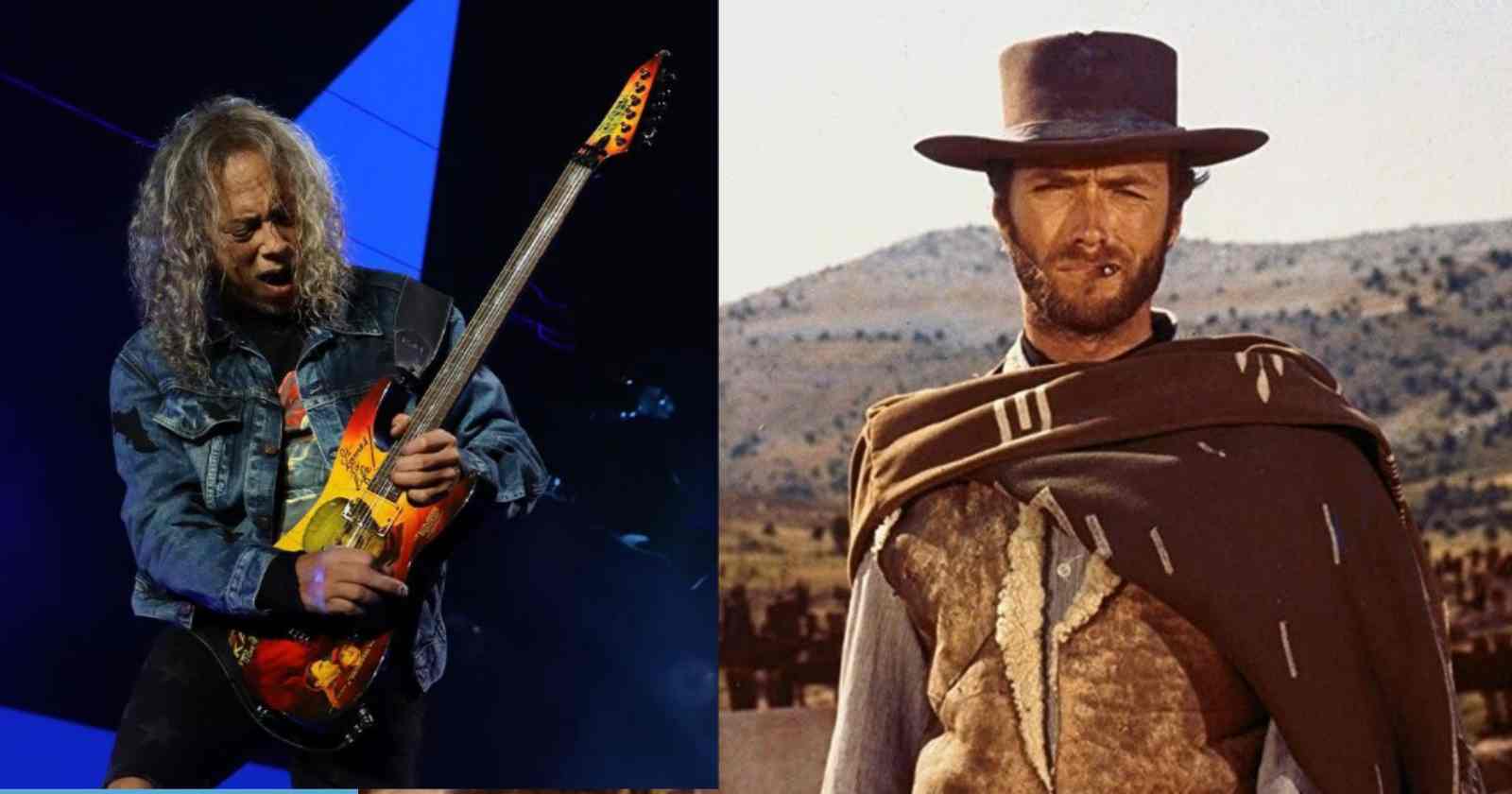 Images from @photosbyjeffyeager and "The Good, The Band and The Ugly" (1966)

Over the decades many Rock and Roll bands picked famous songs from other artists to be played to the audience right before they hit the stage and the one chosen by Metallica is the classic “Ecstasy Of Gold”, composed by the late Italian musician Ennio Morricone for the classic Sergio Leone movie “The Good, the Bad and the Ugly” (1966).

In an interview with Kerrang! to promote his first solo career album, guitarist Kirk Hammett revealed that the problem is that whenever he hears Morricone’s song somewhere his body and mind gets the same shot of adrenaline just like if he was about to start a concert.

Kirk Hammett gets anxious hearing “Ecstasy Of Gold” outside the tour

Ennio is an influence that runs really deep with me. I hear Ennio’s stuff five minutes before we hit the stage. I have a Pavlovian conditioning to it. When I’m not on tour and I hear that song I get a burst of adrenaline, I start feeling jumpy. And I’m not the only one. One time I was with Lars and we heard that and he looked at me and said, ‘Oh shit. We’ve got to get our stage clothes on!’”

According to him, his first solo album “Portals” has a very cinematic approach inspired by Morricone and many other famous movie themes, especially the horror ones that Hammett is a big fan.

The idea of using the song came from the Megaforce Records founder Jon Zazula, also known as Jonny Z, who was also managing Metallica at the time. The band wanted to use an acelerated heartbeat but he suggested the Morricone track.

The official press-release of Hammett’s solo album explained Hammett inspirations for the album citing Morricone, saying: “Recorded around the world, from Los Angeles to Paris to Oahu, Portals is the result of Kirk’s life’s journeys and an invitation to tap into your own inner world.”

“Heavily influenced by classical music, soundtracks, horror movies, and maybe a little Ennio Morricone, Kirk wanted the EP to span the decades and touch upon all the horror he loves. The idea behind the EP was to have all the songs flow into each other. So he relied on a whole cast of his friends to record the four songs.”