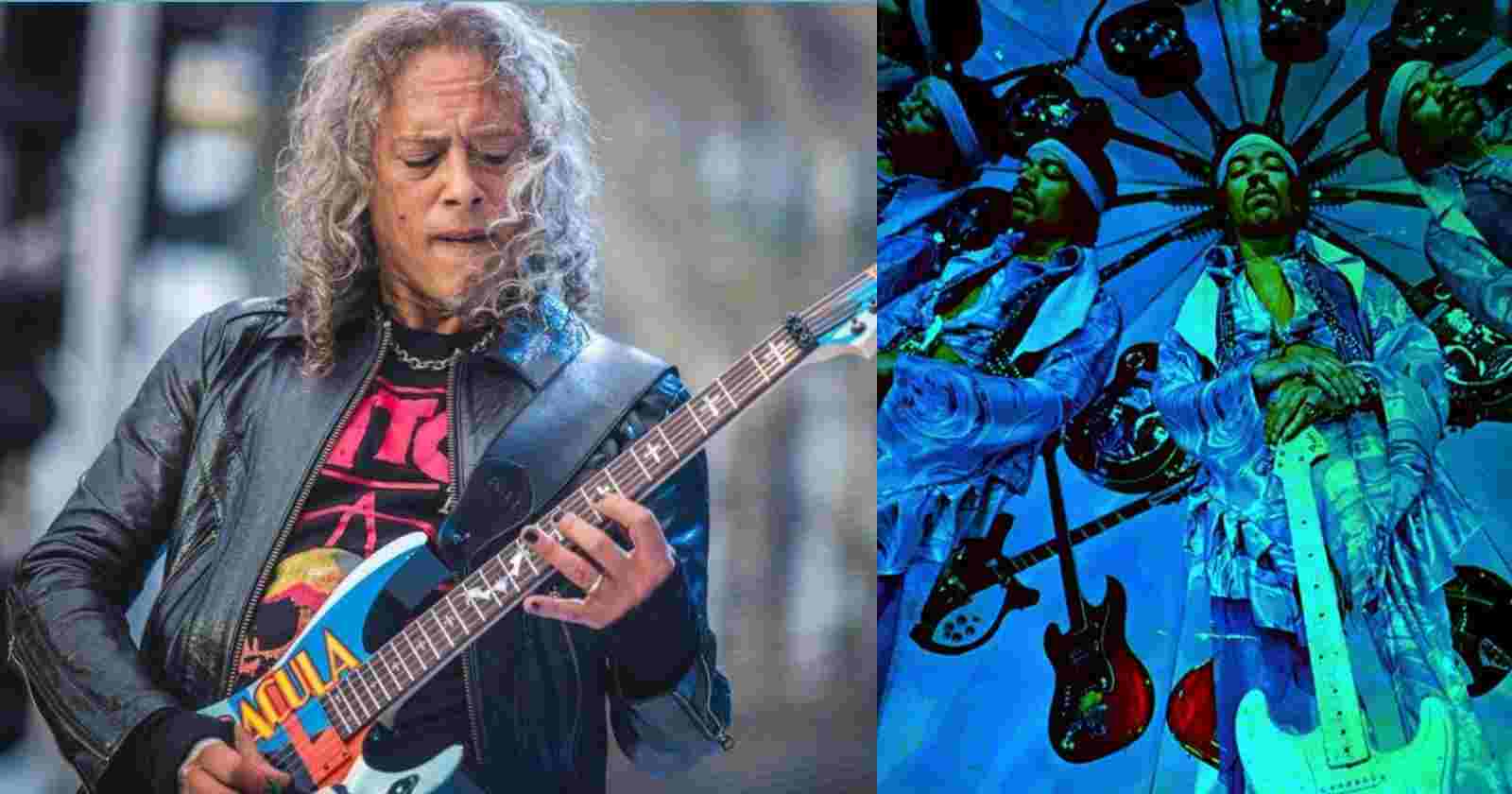 Metallica guitarist Kirk Hammett praised the legendary Jimi Hendrix in an interview with Greg Prato for a new book about the late musician and explained why he is the greatest guitarist of all time.

Kirk Hammett explains why Jimi Hendrix is the greatest guitarist of all time:

“Yeah, I would say that. Only because it’s hard to put anybody else in that position. And it’s easy to put Jimi in that position – because he died at 27, and look at all he accomplished in that short amount of time, like, five years, maybe.”

“To accomplish all of that in that short period of time and be so influential, to leave a body of music that is still vibrant and influential to this day – to this minute – I would say yes, he is probably the greatest guitar player.”

“To be able to do all that in that short of time… I mean, there are lots of great guitar players out there. But they had the benefit of their whole lives playing and getting better and exploring and shifting and changing.”

“Jimi didn’t have that. He came out and he was all he was in those five years.”

“It was the summer of 1967 and I was at [original Rush drummer] John Rutsey’s house – and his brother Bill had just purchased [1967’s] ‘Are You Experienced.’ He dropped the needle and ‘Purple Haze’ played through that tiny speaker and changed our world immediately.”