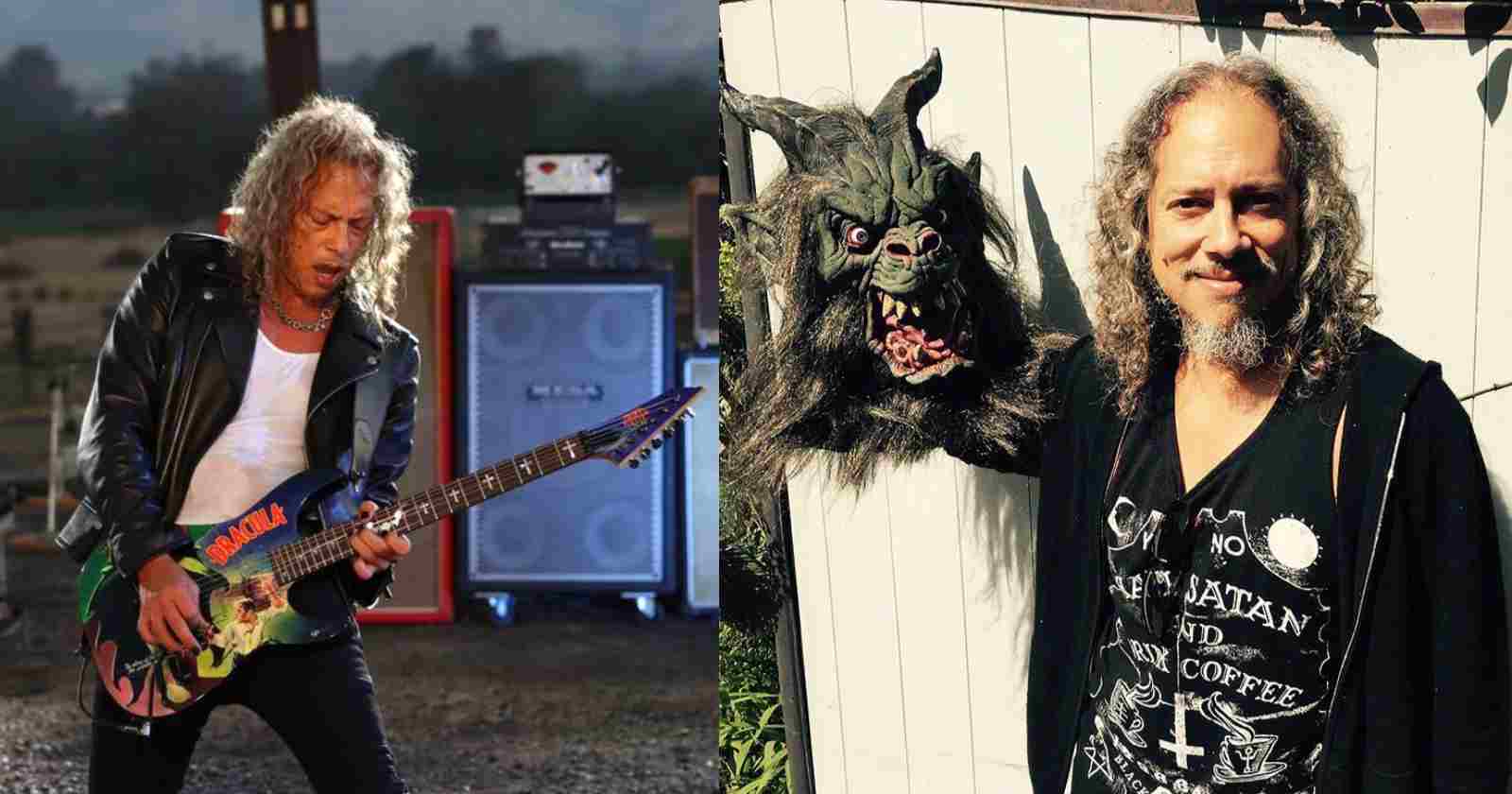 Besides being Metallica guitarist, Kirk Hammett is also a huge horror movie fan and collector. In an interview with Pop! Talk (Transcribed by Rock and Roll Garage), the musician chose the best horror movie villain of all time and explained why he think the character is the best that ever appeared in the movies.

In the same interview he revealed that he owns the clothes that the legendary actor Boris Karlloff used in the classic movie “The Black Cat” (1934). He also said that his collection of horror films memorabilia was a kind of plan B for his musical career. Because he could then sell those items if something bad happened to his musical career.

“It’s probably obvious, Satan! Come on! (Laughs). It’s in so many of those movies”. Then the musician also named his favorite Universal Studios monster, saying: “I love Frankenstein and The Mummy and then Drac(ula). It goes in that order of creature”.

In the same conversation he revealed his favorite Halloween candies, saying that it’s gross, but that when he was a kid he loved “Wax things” like the wax lips, that had a (vampire) teeth. He also named his favorite Halloween costume of when he was a kid and he said that he probably dress up like the Frankenstein monster in almost all the Halloweens. “I fall into that character really well on Halloween. It’s funny, because one time I dressed up like Satan and I went to a party. At this party there was Chris Isaak (Laughs). He looked at me and he is like ‘You kind of look like a satanic Sammy Davis Jr. (Laughs)'”.

The musician also said that his favorite movie or TV actresses that he a crush were Ava Gardner and Elizabeth Taylor. Kirk Hammett also recalled which was the first record he ever bought with his own money, saying: “The Partridge Family, the christmas album. It was green and came with a red envelope that was stuck in a slit in the album cover. So you took the red envelope out and opened it up and it was a christmas card.”