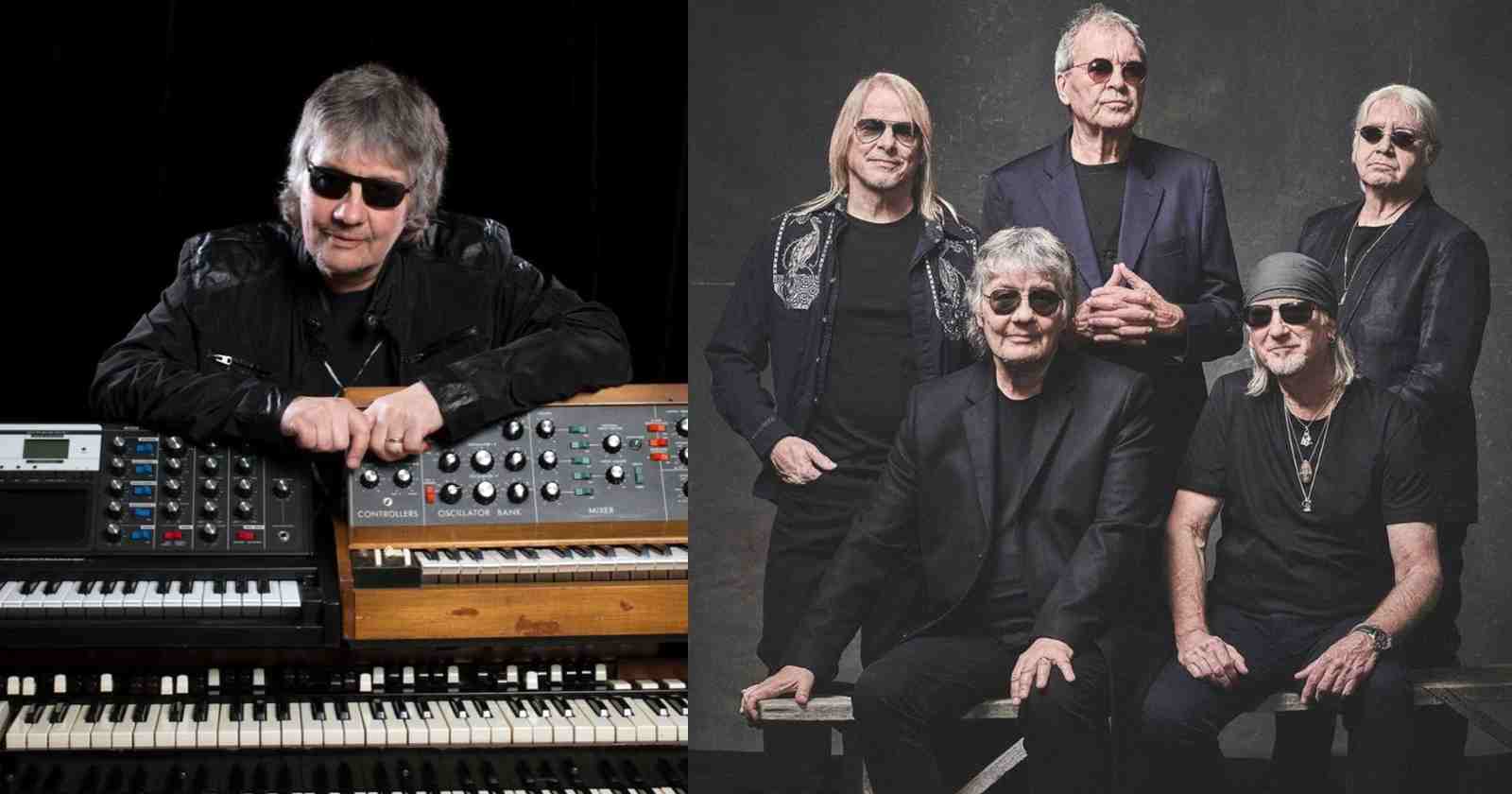 The legendary keyboardist Don Airey, who played with bands like Rainbow, Gary Moore, Ozzy Osbourne and it’s since 2002 a member of Deep Purple, recalled in an interview with Rolling Stone how he was asked to join Purple after the original keyboard player Jon Lord left the group.

“I was working on some orchestral things for a festival. I had four arrangements to do with a very tight deadline, and Roger Glover phoned me up. He said, “What are you doing this weekend?” I said, “I’m just home.” He said, “Jon [Lord] has had to go into hospital. Can you come and cover for him for three gigs?” I said, “This weekend?” I go, “OK, what’s in the set list?” Roger goes, “What do you fancy?” [Laughs.]”

“They were very encouraging. It was one of the greatest tours I’ve ever done in my life, standing in for Jon Lord. It went from three gigs to 24 gigs. Jon never came back to the band. I finished the tour. It was two days before 9/11. It was Sept. 9. I enjoyed the tour, but never for a minute did I think that Jon would leave. I don’t know how anybody could leave a band like that. It was beyond me. That’s as good as things get. It’s great music, great players. The management was very together. It was just a wonderful scenario.”

“I didn’t hear anything until about Christmas. I had come home from doing a solo gig in London for a big corporate Christmas gig. So I had a 10-piece soul band I used to do the arrangements for and MD. I came back thinking it was time to do something else. And there was a message on my answering machine. It was [Deep Purple manager] Bruce Payne saying, “Would you join the band?” I said, “Yes. It was a funny feeling going from, ‘It’s about time I found something else to do with my life” to joining Deep Purple.”

In the same interview, Don Airey says he doesn’t understand the reason why Jon Lord left the group .”I think Jon had grown very introspective. He started soul-searching about maybe he’d made the wrong choice to be a rock & roll musician, and he should have been a classical musician. I think that’s why he left. He was going to be a composer. I think at one stage he said he did want to come back, but the general consensus was, it wasn’t going to happen.”

He also said that the first one or two years with the band were strange because he didn’t knew if he was part of it. Only in 2006 he became a full member, four years after he joined them. He also revealed that he was a paid musician before that and they made him a member of the group after he talked to them in 2006 about leaving the group because he was receiving some other better offers from names like Judas Priest and Gary Moore.