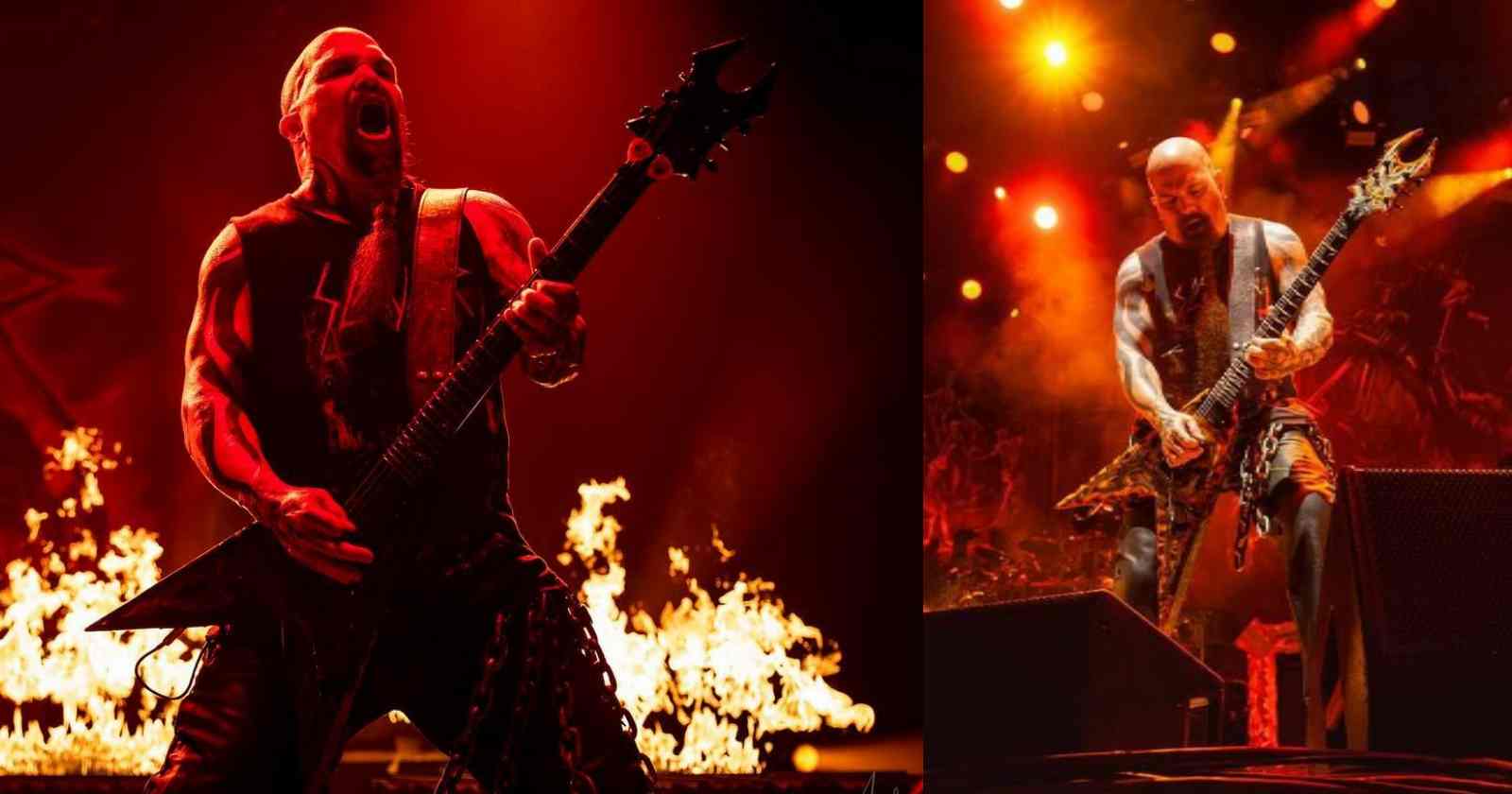 The Slayer co-founder and guitarist Kerry King said in an interview with Metal Hammer that the retirement of the band in 2019 was premature. The musician said that his childhood heroes who are much older than him are still on the road playing and that he still wants and would like to be playing too. However, he also said that it was good to stop at “top of the world”, since the band was in good shape.

“Anger… what else? It was premature. The reason I say ‘premature’ is because my heroes from my childhood are still playing! I can still play, I still want to play, but that livelihood got taken away from me.

In the same conversation with Metal Hammer he talked about the band’s farewell concerts. “Every one of those shows was a bummer! We were going to all these places and all these cities where we have all this history. It’s a bummer to think, ‘I’m not gonna see my friends there again.’ You’d get to that country and know you were going to see these people, and you’d see them yearly.”

“I haven’t seen them now in three years. That sucks. And the fans, too. Slayer means a lot to our fans, and they mean a lot to us. I know I will see these people again, but no Slayer leaves a big hole for a lot of people,” Kerry King said.

Their final concert happened at the Forum in Los Angeles on November 30, 2019.

Slayer is one of the most famous and influential Thrash Metal bands of all time. The group was formed in Huntington Park, California, United States in 1981 by Kerry King, Tom Araya, Dave Lombardo and Jeff Hanneman.