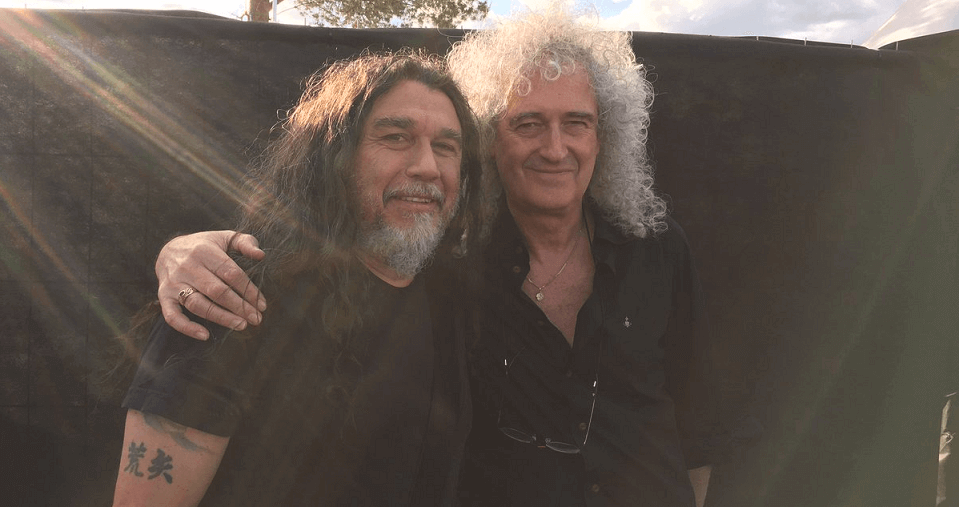 In an interview with host and broadcaster Eddie Trunk, Slayer guitarist Kerry King recounted the day he met Queen’s Brian May.

“Brian May wanted to meet us. We all took pictures with him. He came and found us on the way to the stage because we needed to go through the place where they [Queen] were. Then he came and took a picture.”

“I was not going to take the photo, but everyone was taking it and I thought ‘Who am I kidding? When will I see Brian May again? ‘And after we played, I went to watch their set.” 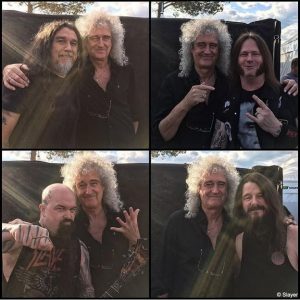 “I thought it was good. I felt something was missing and Tom [Araya] agreed. I stayed at the ‘What’s Missing’ show and then he said ‘Hoarseness’. He does not have the hoarseness that Freddie Mercury had. ”

Slayer was form on Huntington Park, California, in 1981 by guitarists Kerry King and Jeff Hanneman. They achieved fame with its 1986 release “Reign in Blood”, and is credited as one of the “Big Four” thrash metal bands, along with Metallica, Megadeth and Anthrax.

Since its debut album in 1983, the band has released twelve studio albums, two live albums, a box set, six music videos, two extended plays and a cover album. Four of the band’s studio albums have received gold certification in the United States.