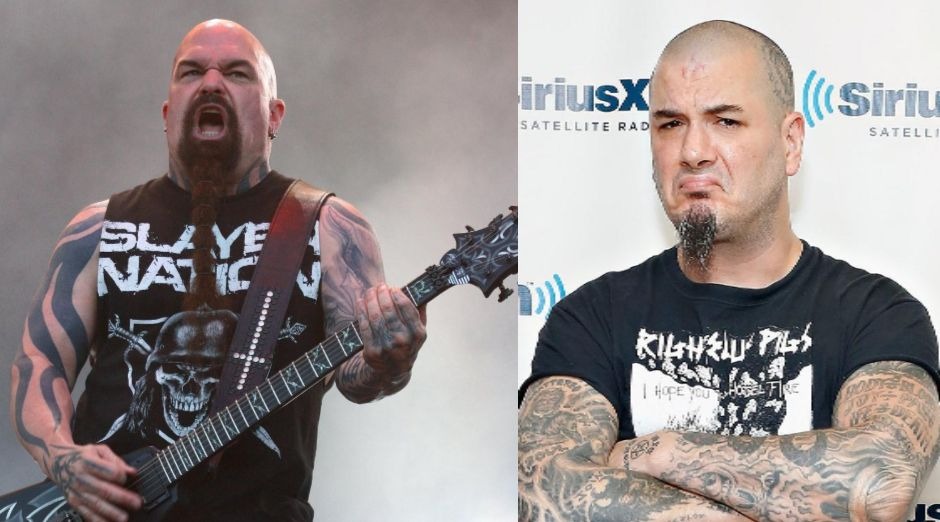 PRP reported that rumors have emerged online saying that Slayer legendary guitarist Kerry King is working on a new project after the band retirement.

Overkill drummer Jason Bittner shared some info through Slayer drummer Paul Bostaph’s Instagram, saying in the comment section that “everyone knows by now” that Kerry is working on a new project with Pantera’s singer Phil Anselmo and Exodus leader Gary Holt, that was playing on Slayer in the last years after Jeff Hanneman‘s death.

The piece notes that “there’s been hushed word for several weeks” about Anselmo and King collaborating.

When asked if he’s “got any post-Slayer projects,” Bostaph replied:

“Yes! Something is brewing with a friend of mine that is very familiar to you. I’ll give you three guesses.”

“Let’s just say… Dean [Guitars] didn’t sign me for nothing!”

King was born in Los Angeles, California. His father was an aircraft inspector, and his mother was employed by a telephone company. As a teenager, Kerry started learning to play guitar at the Calvano music school in South Gate, California.

Russ Dismuke was his teacher. Kerry began his career in a band that played covers of Pat Boone. As an adult, he moved to Phoenix, Arizona. He had a first marriage, which ended in divorce, and his current wife is Ayesha King. In 1981, King was trying to join a professional band. After the session with Jeff Hanneman, she approached him and the two started covering Iron Maiden and Judas Priest with a session drummer. Hanneman asked “Why don’t we start our own band ?!”