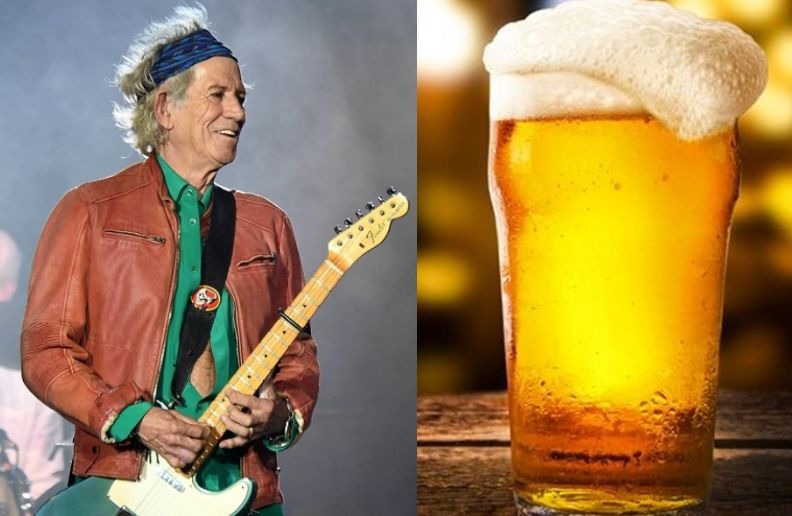 Keith Richards, the legendary guitarist for The Rolling Stones known for not hiding from anyone who is (or at least was) a consumer of alcohol, cigarettes and drugs, said in an interview to Rolling Stone that he quit drinking a year ago and that the reason was simple : “I was sick of alcohol.”

At age 74, Richards said he occasionally still drinks a glass of wine or a glass of beer but that it was time to quit the habit and said he did not feel any drastic difference “other than the fact that I don’t drink more”.

Whoever talked about his friend’s decision was also guitarist Ronnie Wood, Keith’s colleague in the band.

Sober for eight years, he said that is much easier to work with his friend:

He is much more mature. It’s open to more ideas, but before I kind of gritted my teeth and thought, ‘He’s gonna fuck me up for saying that.’ Now he just says, ‘That’s cool, man.’

It was not working anymore, you know? I think the Keith we knew and loved had this point of change where he would drink another drink, get over the point and become a bad person. The point became smaller and smaller, smaller, and he came to realize it.

In another interesting point of the interview, Keith Richards talked about how interesting is to play sober, and Ron Wood added:

“We are intertwining guitar parts in a much more conscious way now. We are much more aware of the spaces between them. We’re in our 70 years of age, but we’re still playing as if we were 40, you know?”

In the same interview Wood still suggests that the band is working on a new studio album, the first unreleased since A Bigger Bang, released in 2005.