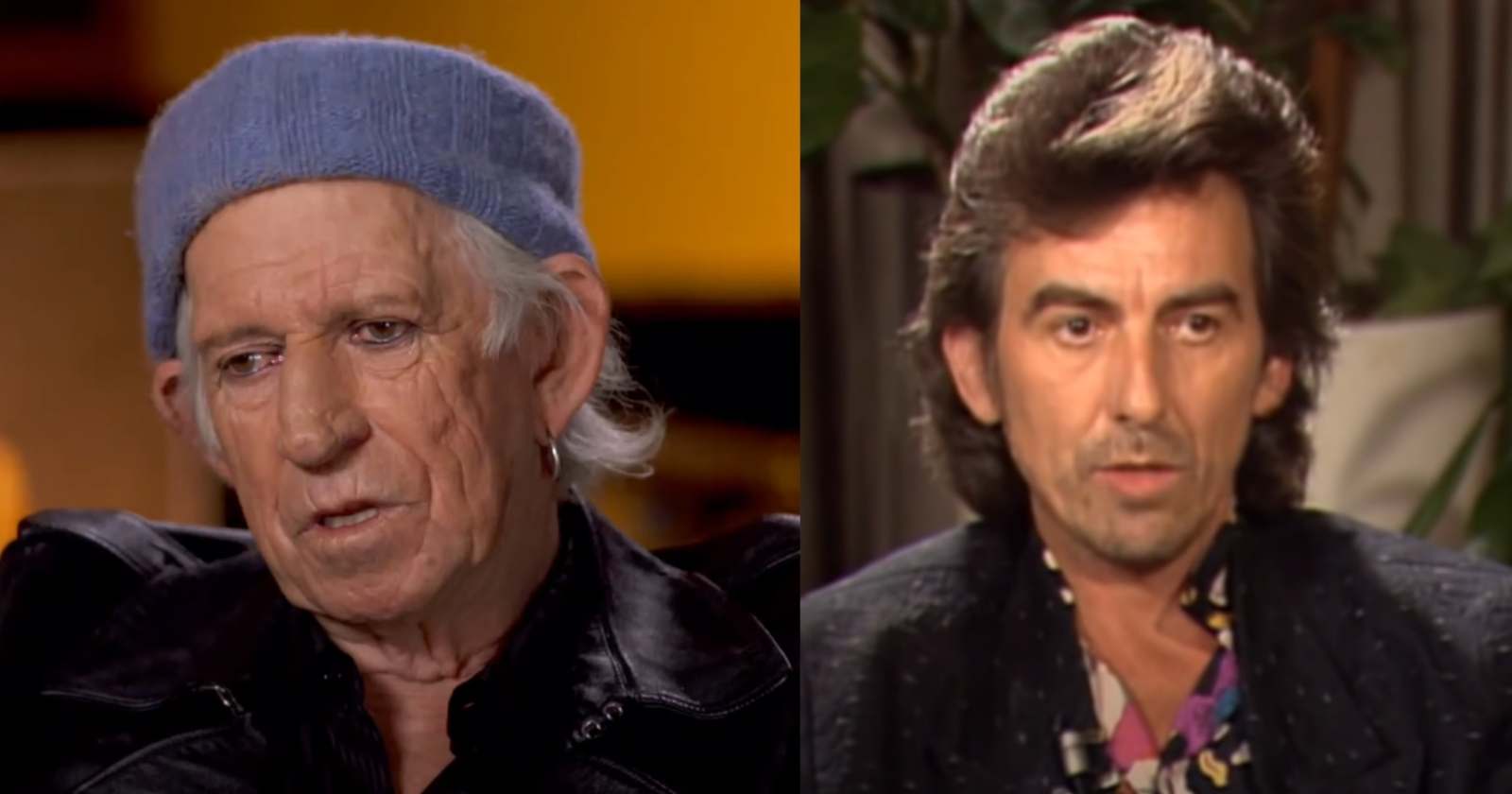 The singer and guitarist George Harrison was an important part of The Beatles unique sound and compositions, who showed his talent even more on his succesfull solo career from the 70s until his death at the age of 58 in 2001. Over the decades many of his peers gave their opinion on the late musician, including The Rolling Stones guitarist Keith Richards.

What was Keith Richards’ opinion on George Harrison

“To me – George was, always will be, above all, a real gentleman, in the full meaning of the word. We both felt we held similar positions in our respective bands, which formed a special, knowing bond between us. Let’s hope he’s jamming with John,” Keith Richards said after the musician’s death.

Even though Keith loved Harrison, he criticized the way the musician’s guitar was recorded by the famous Beatles producer George Martin. In an interview for the special video series he used to make for his website, called”Ask Keith” back in 2004 (Transcribed by Rock and Roll Garage), the Rolling Stones guitarist said: “George (Harrison) was another great mate of mine. I think as you say, that George Martin particularly didn’t serve his guitar sound as well as it could have been done.”

“But it was early days and they were doing those things, they (would) make an album in one night, you know. Listen to ‘Twist And Shout’, you can hear they barely being able to get there, but great records. Just purely a matter of the recording sound, nothing to do with Geroge, he was a great friend of mine.”

“In fact, I’ve met his son, Dhani just two, three weeks ago and there is Dhani Harrison who is the spitting image of George. I kept calling him George (laughs). He was so much like his dad, and George was such a gentle soul. I used to call him ‘farmer George’ because he liked gardening more than anything. (He is) another one sorely missed. I guess the good die young,” Keith Richards said.

For Keith, the songs written by George were very well crafted

In “Remembering George“, the special edition Rolling Stone magazine made for Harrison a few months after his death, Keith Richards recalled his late friend as someone who was “very quiet and enigmatic in many ways”. He also said that George cared a lot about how well made his songs were. (He) gave as an example tracks like “While My Guitar Gently Weeps”, “My Sweet Lord” and “Something”.

“The thing is, you’ve got your Jimi Hendrix, you’ve got your Eric Clapton, and then you’ve got guys who can play with bands. And George was a band and a team player. To me, that’s way above being some virtuoso flash artist… George was an artist, but he was also a f* craftsman,” Keith Richards said.

“When you listen to his songs, you’re aware of how much went into it. He didn’t flip anything off. George crafted his stuff very, very carefully, and it all had its own feel. This was a guy who could come out with a great song or a great record anytime,” Keith Richards said.

Keith Richards’ friendship with The Beatles

The Beatles were formed in 1960 in Liverpool and The Rolling Stones two years later in 19622 in London. They’ve met each other in the early days and the fab four helped the Stones to get their first record deal.

They had a very good relationship, even though the press and the fans created a rivalry between the two groups over the decades. Back in 2003 answering a fan on his website section “Ask Keith” (Transcribed by Rock and Roll Garage), Keith Richards talked about the relationship with The Beatles.

“John was a particular good friend of mine. Stories that cannot be told (laughs). George was a lovely guy, we got Paul (a great songwriter) and Ringo, what a guy, what a steady (beat). They came to see us play. We were playing in a pub, at Station Hotel in Richmond, that was our gig.”

“It was the only one we really had. Everybody was having a good time. I turn around and there is these four guys in black leather overcoats standing there. This was soon after ‘Love Me Do’.”

“I mean this was really early on and this is early 60s. From then on we’re always good mates. When George’s new single (was ready) we always made sure we didn’t clash because in those days was like every two months you had to have a new single.”

“We would collaborate with each other. So we didn’t go head to head, because otherwise it seemed like ‘you’re either Beatles or Stones’, bullshit. And we are so similar, that’s not true. We all recognized that and it was one of the great things about it. I mean, between the two bands there was never any sense of competition, was coperation,” Keith Richards said.