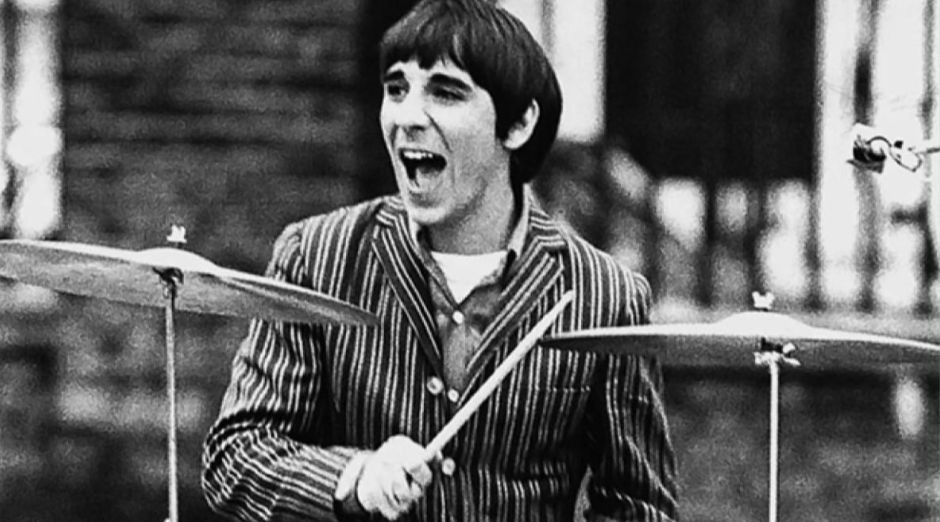 Keith Moon, The Who‘s iconic drummer, is often more remembered for his off-stage personality. And eccentric behavior than for his great talent with the instrument. But now, you can hear his amazing isolated drum track on the band’s classic song “Pinball Wizard”.

The track is part of The Who’s fourth studio album, Tommy (1969), and shows Moon’s innovative style, considered, until today, one of the best drummers of all time. In a ranking published by Rolling Stone USA in 2016, the Briton was in second place, behind only John Bonham, of Led Zeppelin.

Moon was known for his dramatic and suspenseful drumming style. Which often involved skipping basic beats in favor of a fluid and sharp technique. Focused on progressive turns through the toms. Ambidextrous work on the bass drum and strides and wild attacks on hi-hats. He is cited by the Rock and Roll Hall of Fame as one of the greatest rock and roll drummers of all time. And he was posthumously introduced to Rock Hall in 1990, as a member of The Who.

Initially Moon played in the same style as North American surf rock and R&B bands, using rhythms and fillings from both genres, but playing louder and with much more authority. He was also heavily influenced by jazz drummer Gene Krupa. Inspired by a conversation he had with Ginger Baker, Moon started using a double drum kit in late 1965.