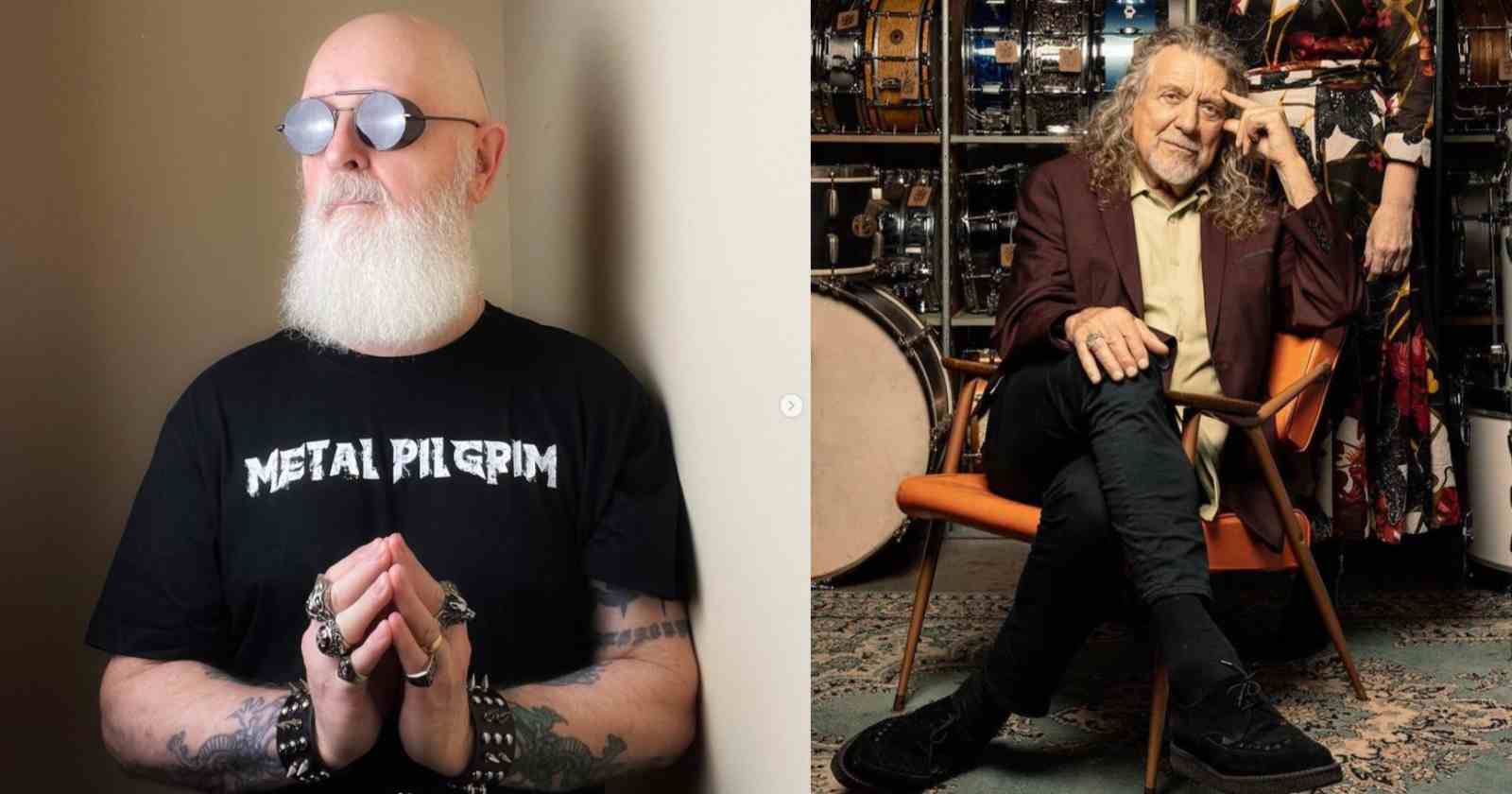 Judas Priest vocalist Rob Halford talked in an interview with Fan First (Transcribed by Ultimate Guitar) about being influenced by Led Zeppelin singer Robert Plant. The musician talked about Plant because the interviewer read a passage from Halford’s biography “Confess” (2020) where he told how Zeppelin blew him away when he heard them for the first time.

“All musicians are inspired by fellow musicians, it’s what we do. That’s the great thing about rock ‘n’ roll. We’ve all got our heroes, and it’s great that you’ve referenced that moment. Because I didn’t have a stereo record player, it sounds nuts, but I got an amplifier and I somehow figured out how to do stereo left and right.”

“It was just mesmerizing, that stereo was being used by Jimmy that way for Led Zeppelin. That was one of my first loves of that musical experience. That metal magic that we can have. But Robert’s voice particularly, then and now, was a great springboard for me as a singer because I realized that the human voice has so many different possibilities.”

“I don’t think I was singing that way when I heard Robert sing. Obviously, I was in my early metal years but I’m sure in jams, rehearsals, and whatever else I was doing, I emulated his expressions.”

“Robert loves the blues, and if you go way back to Bessie Smith, Muddy Waters, Little Richard, where everybody was screaming and wailing… I think also you’re never old enough for new memory or a new thought. What I realized from those particular performers was that you’ve just got to let your inhibitions go.”

“You’ve just got to show it off in the purest emotional sense and not be afraid. There’s something very powerful about watching either Robert Plant then or Janis Joplin screaming her heart out at Monterey.”

“Women weren’t supposed to perform like that, that was the way it was back in the day. So, all of those great performers, for me, singers particularly, were just an exciting opening that led to all these great adventures that I had later on.”

Raised in Britain’s hard-working, heavy industrial heartland, Halford and his music were forged in the Black Country. Confess, his full autobiography, is an unforgettable rock ‘n’ roll story-a journey from a Walsall council estate to musical fame via alcoholism, addiction, police cells, ill-fated sexual trysts, and bleak personal tragedy, through to rehab, coming out, redemption . . . and finding love.

Told with Halford’s trademark self-deprecating, deadpan Black Country humor, Confess is the story of an extraordinary five decades in the music industry. Also is also the tale of unlikely encounters with everybody from Superman to Andy Warhol, Madonna, Jack Nicholson, and the Queen. More than anything else, it’s a celebration of the fire and power of heavy metal.