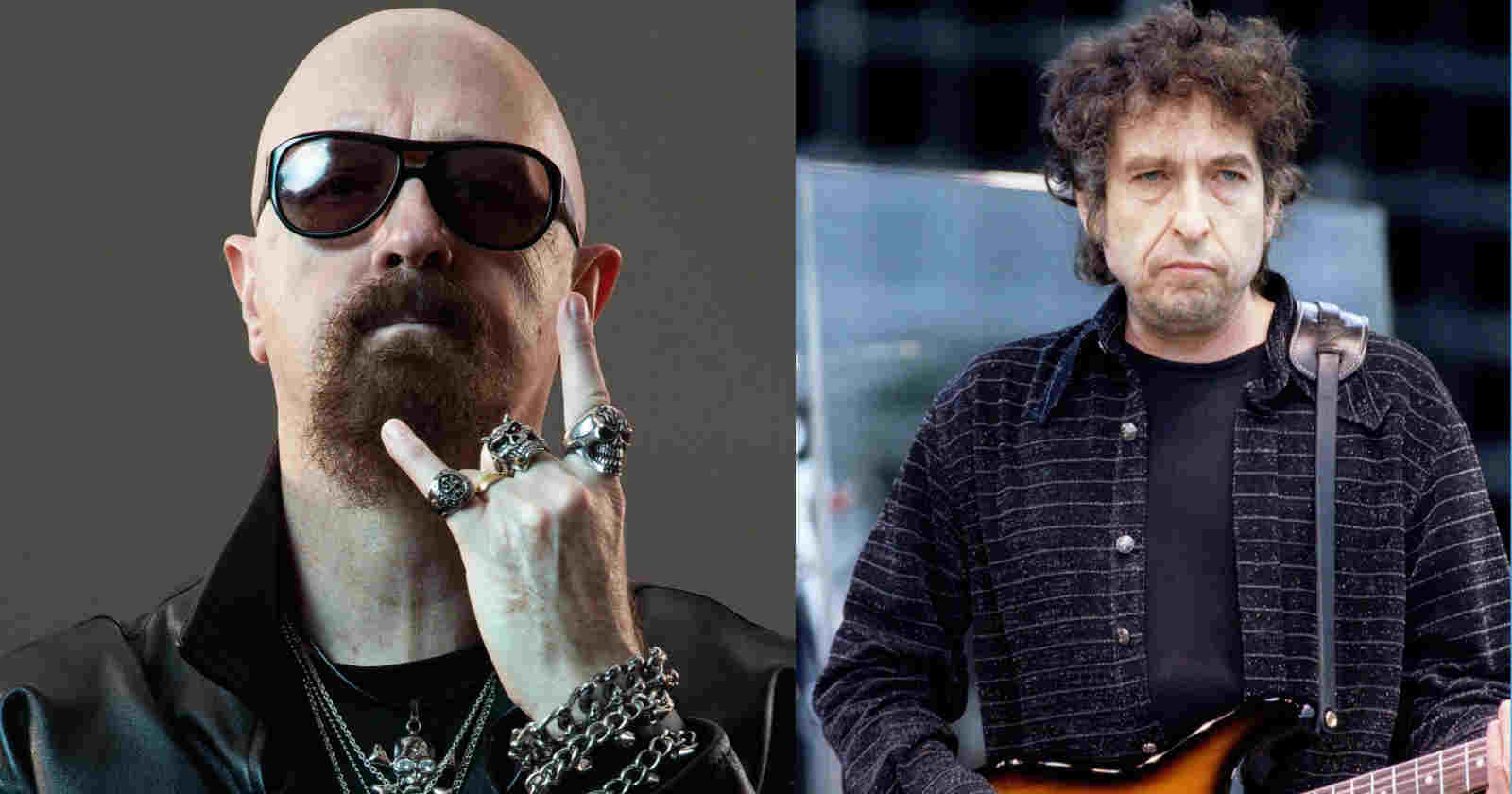 Judas Priest vocalist Rob Halford recalled in an interview with Classic Rock magazine how he met the legendary Bob Dylan back in the 90s. The encounter lasted only three minutes at the Sony studios.

“I met him for about three minutes when [Halford’s solo band] Fight were doing a show at the Sony Studios,” Halford recalls. “One of the label people said: ‘Bob Dylan’s in the next room. Do you want to meet him?’ I’m like: [enthusiastically] ‘Yeah, who doesn’t want to meet Dylan?’

“So this guy takes me round to this room. And there’s Bob, he’s got five or six chicks hanging out with him. This record guy goes: ‘Bob, here’s somebody I’d like to introduce you to, it’s Rob Halford, he’s from the British heavy metal band Judas Priest.’ And Bob goes: [spot-on Dylan impression] ‘Heeeeey, what’s goin’ on? What’s happenin’?’ And I go: ‘Hey Bob, it’s really nice to meet you.’ He goes: ‘Where ya from?’ and I say, ‘I’m from Birmingham.’ And he goes: ‘Birmingham? [pause]. How’s Ozzy doing?’ Then I was whisked off.”

The original Judas Priest bassist Brian “Bruno” Stapenhill came up with the name Judas Priest from Bob Dylan’s song “The Ballad of Frankie Lee and Judas Priest” on the album John Wesley. Harding.