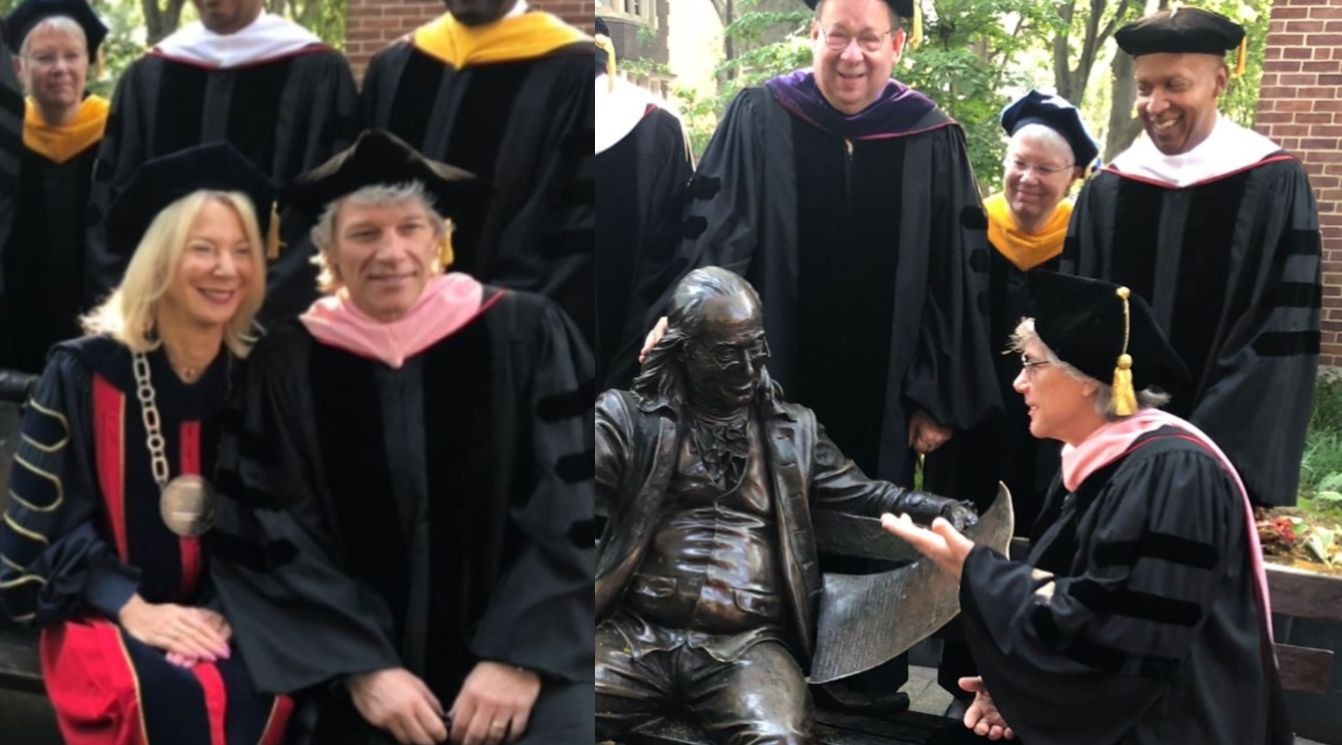 Jon Bon Jovi received an honorary Doctor of Music degree from the University of Pennsylvania. The Asbury Park Press reports that the Bon Jovi leader attended a ceremony at Franklin Field, Philadelphia, last Monday, the 20th, where he received the award.

Recognizing his new title, Bon Jovi said on the Instagram: “It’s better to be a doctor than to need a doctor. Thank you University of Pennsylvania and congratulations to all the trainees.”

It’s better to be a doctor than be in need of a doctor. Thanks @uofpenn and congratulations to all the graduates.

Announcing his decision to grant the title to the vocalist, the university pointed to his many accomplishments, including his charity work with the Jon Bon Jovi Alma Foundation, which he supports in combating poverty and homelessness.

JBJ Soul Kitchen in Red Bank and Toms River, New Jersey – the last of which was opened in the aftermath of Hurricane Sandy – have served more than 90,000 meals, where volunteers prepare the table, and who eats there helps the feeding the most needy of each community, from neighbors, seniors or families in need.