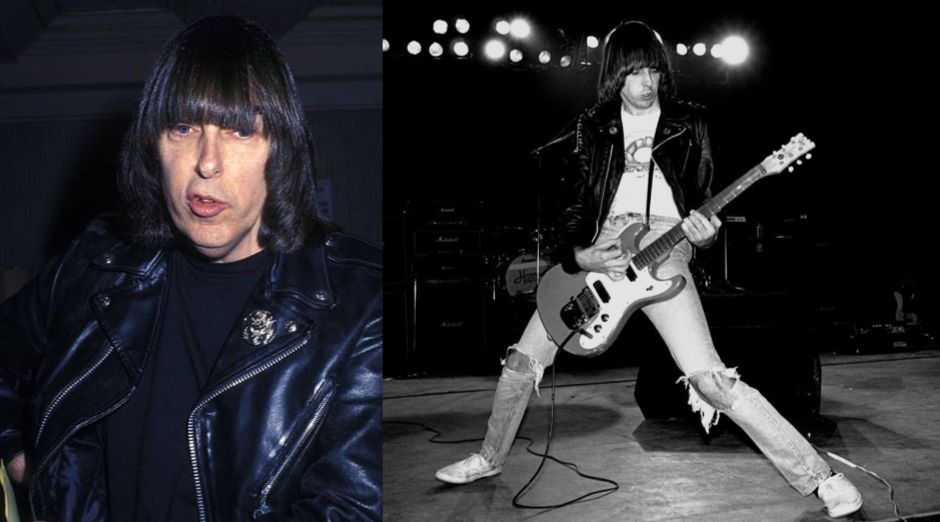 The Ramones are considered the godfathers of Punk Rock and many bands appeared after their debut album. The band’s legendary guitarist Johnny Ramone revealed in an interview with the New Yorker magazine before his death his 10 favorite Punk Rock bands of all time.

The American band was formed in Forest Hills, Queens district, New York, in 1974. They are considered the creators of the Punk Rock genre. Also being one of the most influential and important bands in the history of rock.

In the early 1970s, several “punk” bands appeared in the United States and the United Kingdom. Ramones were the leaders of the movement. Since they consolidated the basis of the musical style, with simple, minimalist and repetitive compositions, with great Johnny Ramone riffs.

The English punk rock band was formed in 1976. The Clash are considered part of the first wave of British punk.  Besides punk, they mixed the genre with other styles, such as reggae, ska, rap and more. Therefore, they were one of the punk bands with more different styles in their music. The classic line-up had Joe Strummer (Vocals and gutiar), Mick Jones (Guitar and vocals in some songs), Paul Simonon (Bass) and Nicky “Topper” Headon (Drums).

Sex Pistols were another important English punk rock band formed in London in 1975. Since they are considered responsible for starting the punk movement in the UK. Although the band originally only lasted two and a half years, releasing only four singles and a studio album: Never Mind the Bollocks, Here’s the Sex Pistols.

Johnny Thunders and the Heartbreakers (They got nothing to do with Tom Petty‘s band) were an American punk rock band, formed in New York City in May, 1975. Also, they were part of the first wave of punk rock in United States.

The American band was formed in Cleveland, Ohio in 1976. All members were before of the band Rocket From the Tombs of 1974. When the band split, it gave birth to the Dead Boys and Pere Ubu. Both important in the alternative punk\Cleveland secene.

The Damned was formed in London in 1976. They were one of the first punk bands in the UK to release a compact (“New Rose”), to release an album (Damned, Damned, Damned) and to tour by the United States. In addition, they are considered one of the precursor bands of British Gothic rock alongside names like Joy Division, Bauhaus and Sisters of Mercy.

The Cramps was an American garage rock band formed in 1976. After that, their lineup has undergone several changes, with the couple Lux Interior (vocals) and Poison Ivy (guitar) the only two permanent members.

They were part of the early days of the punk movement at CBGB in New York. As the first known band to mix punk with rockabilly, Cramps is considered a precursor to the psychobilly style. Also as garage punk.

The Dickies were formed in San Fernando Valley, Los Angeles in 1977. They are one of the longest tenured punk rock bands. Since they exist with no stops for over 40 years. Also, they have consistently balanced catchy melodies, harmony vocals, and pop song structures. Also adding a speedy punk guitar attack.

Black Flag was formed in Southern California in 1976 by guitarist Greg Ginn. The band created a sound that mixed the simplicity of Ramones but with microtonal solos and stops in the middle of the song. Which further influenced heavy metal bands to hardcore punk bands. The lyrics dealt with topics such as loneliness, neuroses and paranoia. Further developed by Henry Rollins when he joined the band. In addition, almost all the albums were released on Ginn’s label, SST Records. Which published bands such as Bad Brains, Sonic Youth and The Saints.