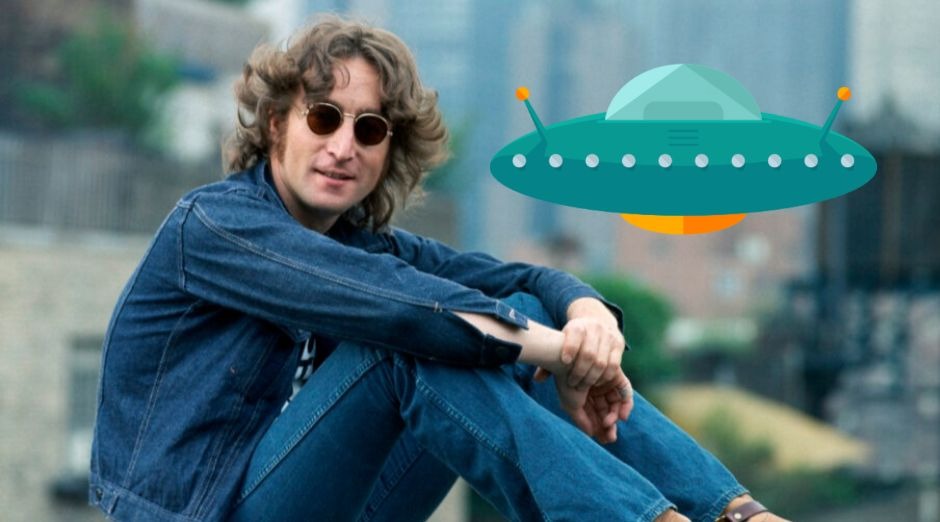 Back In 1975 John Lennon talked about his experiences with the UFO’s. The Beatle encounter with the extraterrestrial being took place on August 23, 1974. When Lennon was experiencing the famous “lost weekend”.

At the time, the musician deviated a little from the work he was doing in music, started drinking a lot and that yielded some embarrassing moments. However, in this story, Lennon said he was completely sober.

John Lennon said in an interview with Andy Warhol about his UFO experience:

“I was lying naked on my bed, when I had this urge. So I went to the window, just dreaming around in my usual poetic frame of mind. There, as I turned my head. Hovering over the next building, no more than 100 feet away was this thing with ordinary electric light bulbs flashing on and off round the bottom, one non-blinking red light on top.” The musician said he even called Yoko Ono’s assistant to confirm that the object was real. 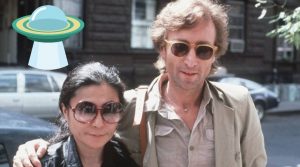 “As I walked out onto the terrace. My eye caught this large, circular object coming towards us. It was shaped like a flattened cone. And on top was a large, brilliant red light. Not pulsating as on any of the aircraft we’d see heading for a landing at Newark Airport.”

“When it came a little closer, we could make out a row or circle of white lights that ran around the entire rim of the craft. These were also flashing on and off. There were so many of these lights that it was dazzling to the mind.” Lennon and Yoko’s assistant took photos in their polaroid cameras but the object dind’t appear due to the quality of the photographs.

According to Uri Geller (famous psychic and magician, known for bent spoons with the power of his mind) that was Lennon’s friend, the Beatle saw UFO’s again.

“I’ve kept this story to myself for many, many years and never told it to anyone. When John told me of this event, it was so bizarre and weird and so ahead of its time that no-one would have believed it. But today people are telling how they have been taken into UFOs and probed by aliens from outer space.”

“I always think if 90% of these stories are made-up fantasies and dreams. And if 10% is real, that is enough for something being true out there and really happening. John never asked me to keep his story a secret. So I thought it would be interesting to tell it in my first magazine. It basically blew my mind because I was already then a believer in extra-terrestrials visiting our planet”. 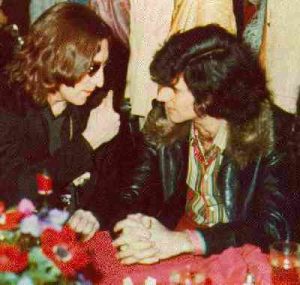 “There was a minute that I questioned John’s integrity. Maybe him being under the influence of LSD or drugs. But he wasn’t. We were in Manhattan in the mid-1970s. John and I were sitting at a table when he started talking about UFOs – he brought up the subject himself.”

“So I said to him, ‘You know John, not only do I believe in UFOs, but I’ve seen UFOs and I’ve photographed them.’ John then took me to a quieter corner and told me a story. One night he was lying in his bed in the Dakota building where he lived in New York and suddenly noticed an extremely bright light pouring in from around the edges of the bedroom door. It was so powerful, he thought it was someone aiming a searchlight through his apartment.”

“He got up, crossed to the door and flung it open. The next thing he could remember were four thin-looking figures. He said that the figures came over to him as he just stood there.”

“Two of them held his hands and the other two gently pushed his legs and he was gently guided into this tunnel of light. He was shown all of his life, just like watching a movie, and he told me it was the most outstandingly beautiful thing he’d ever seen.”

“John recalled something being given to him. That was all he remembered, but when he opened his hand there was this odd-looking, not quite egg-shaped, ball of metal – very smooth and very heavy, about an inch or so wide.”

“I was astounded. I said it sounded like an alien encounter and he seemed to agree and said that he couldn’t think of another explanation himself. He was very serious about the incident but also funny about it. Then he put his hand in his pocket, pulled out the object the aliens had given him and gave it to me.”

“When I touched it I felt a deep sadness – I don’t know why – it was like a loneliness. Maybe it was a premonition about his murder, but anyway, that was John’s alien story and it happened in the middle of New York.”

“He gave the object to me and I didn’t want to accept it. I said, ‘Isn’t this precious to you, because I think you should have it. And I have had this since the day he gave it to me. I really cherish it.”