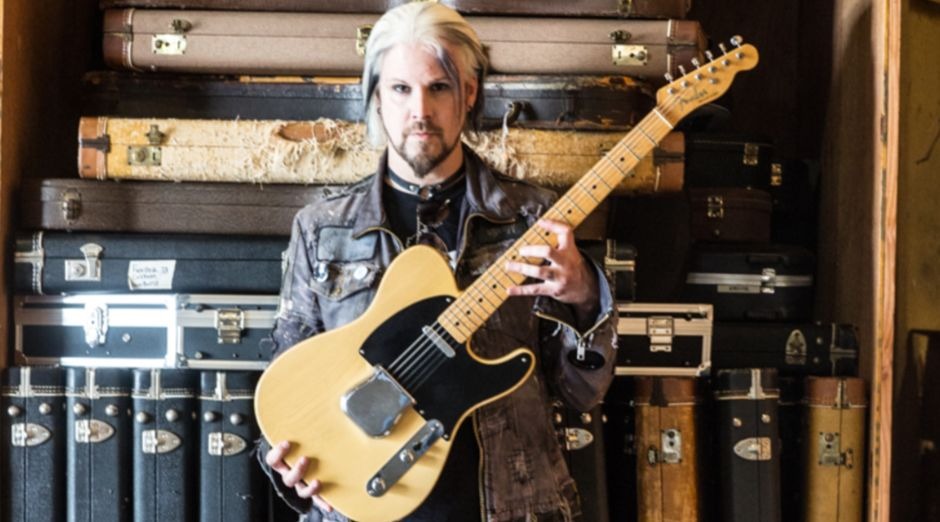 In an interview with Sonic Perspectives, guitarist John 5, that played with Rob Zombie and now is on Marilyn Manson band, revealed the origin of his artistic career.

“It’s a biblical meaning. In the bible, there’s a story called John 5 [John 5 is the fifth chapter of the Gospel of John of the New Testament of the Christian Bible].

“Also when I was a member of Marilyn Manson, at that time, he was doing everything with numbers; before I even played guitar for Manson, he gave me that name, and I was in the band.”

“I got my name from when I went to meet with Marilyn Manson. They called me and said they were having problems with their guitar player and to come and have lunch.

“Manson pretty much gave me the name right on the spot and said, ‘Your name is going to be John 5 and I would love to have you play with us.’ So I didn’t have a need to audition or anything.

“He just gave me the name right there at lunch. It has a biblical meaning, and I was also the 5th member of Marilyn Manson.”

Back to the first interview, John was asked if his current onstage persona and image were developed during his time in Manson’s band. He replied:

“I always wore crazy stuff. Way before Manson, like, when I was in high school and junior high, I wore crazy stuff, I looked all crazy. Just being a fan of Alice Cooper and David Bowie and all that stuff…”

You’ve become a bit of a role model for a lot of young guitar players who want to shred. Do you have any advice?
“Well, that’s, like, one of the greatest compliments, it’s so kind to say that. But I would just say: play what you love.