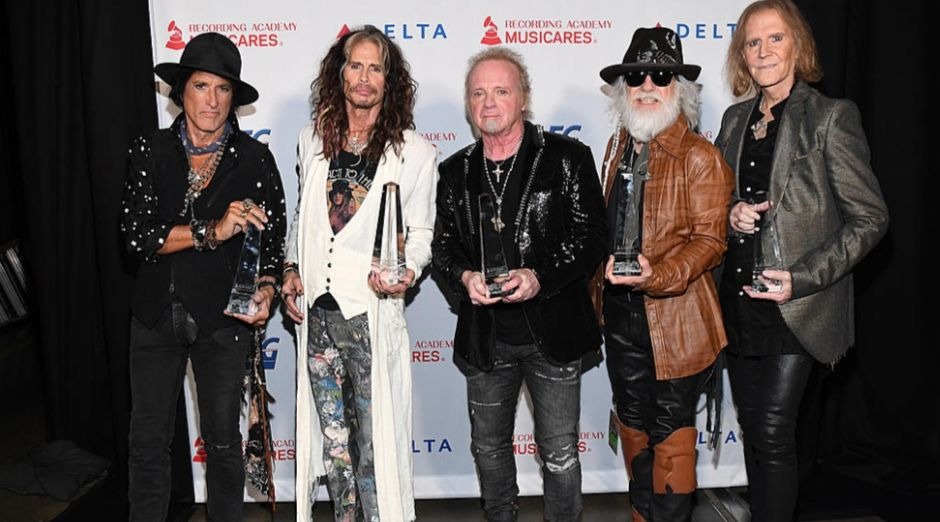 Aerosmith received the tribute prize MusiCares Person of the Year 2020 in January 24. The ceremony held at the Los Angeles Convention Center in Los Angeles, United States. Drummer Joey Kramer took part in the honor, however, left the stage before the start of a small concert by the band – a replacement took over.

Watch Joey Kramer with Aerosmith in MusiCares Person of the Year 2020:

#joeykramer speaks at #musicares with #aerosmith. He was the only one besides #steventyler who gave a speech.

With that, everything indicated that Joey Kramer wouldn’t even appear at the event. However, he ended up participating in the honor. Before introducing Aerosmith as the honoree of the night, entertainment lawyer (and vocalist Steven Tyler’s attorney), Dina LaPolt, said: “They are brothers. They refer to themselves as brothers and even fight as brothers.”

According to the USA Today website, the five members took the stage for the tribute, but only Steven Tyler and Joey Kramer spoke into the microphone. The singer held the drummer by the shoulder while giving thanks. He went on to say: “remember, people only get really interesting when they start to bother others. And the best way to make their dreams come true is: wake up”.

Then the drummer thanked MusiCares, the fans, his wife Linda and the music industry in general. Soon after, he left the stage in a “strange” and “silent” way, according to the publication.

Aerosmith then made a small presentation playing the songs “Big Ten Inch Record”, “Dream On” (featuring HER) and “Sweet Emotion”, as well as a set with Hollywood Vampires, with Alice Cooper and Johnny Depp.

Before ending the event, Steven Tyler brought everyone on stage together – both Aerosmith members and Alice Cooper and Johnny Depp. However, Joey Kramer did not return. Tyler then said, “Joey Kramer, where are you? We love you, man.”