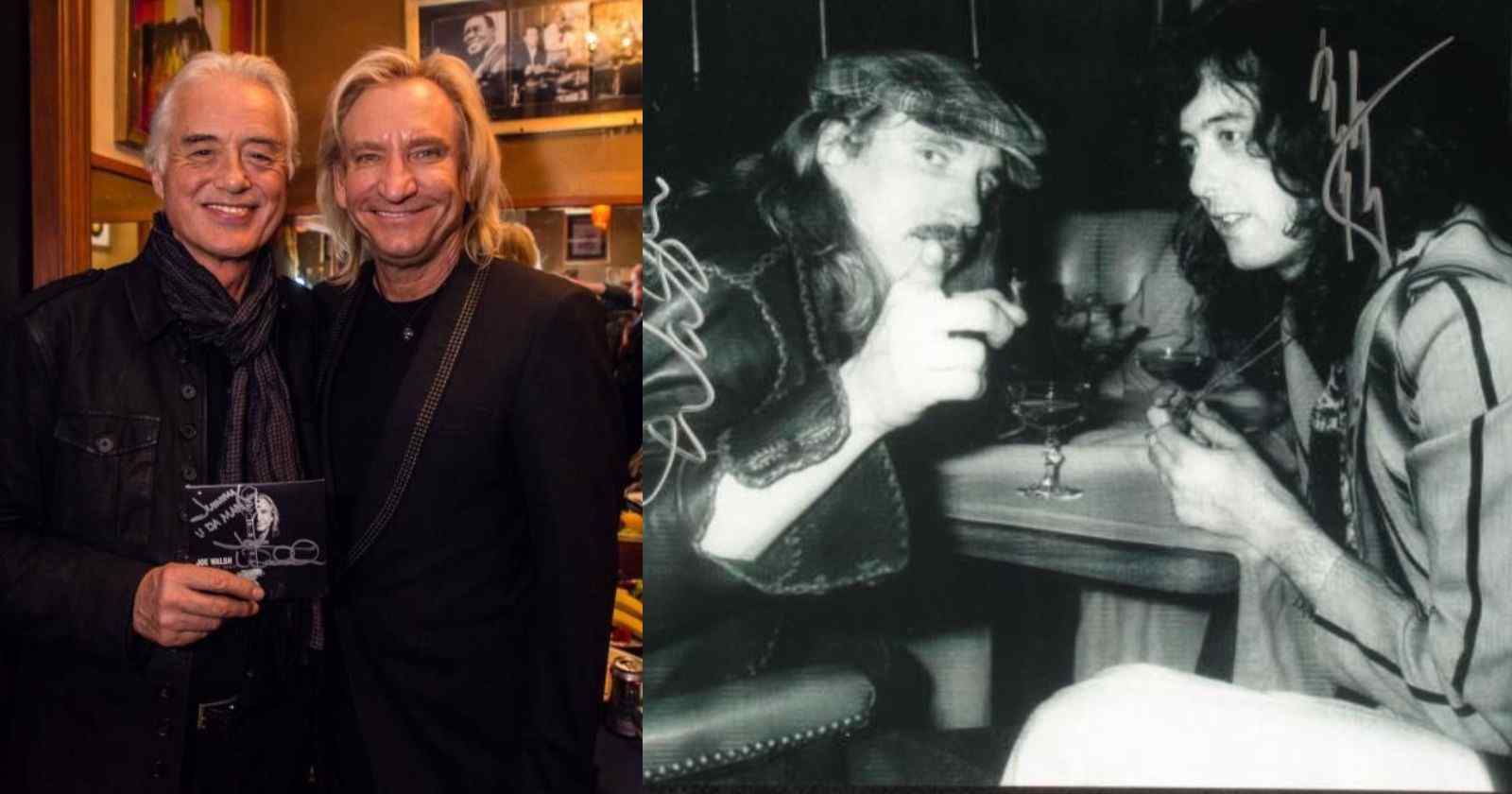 Guitarist Joe Walsh (James Gang, The Eagles) said in an interview with Wong Notes Podcast that he was the one who gave Led Zeppelin‘s Jimmy Page his first Gibson Les Paul guitar. The instrument would become an staple mark of the British musician.

“Oddly enough, Jimmy Page played a Telecaster in all of The Yardbirds, and the James Gang [in which Joe played between 1968 and 1971] opened for Led Zeppelin when they first came to America. We opened for them, and they played four or five places – one of them was Cleveland.”

“And so I met Jimmy, and their first album [‘Led Zeppelin I’] had just come out [in January 1969], and people were just starting to discover Led Zeppelin. The word of mouth was huge but a lot of people came to hear The Yardbirds songs because that’s all they knew.”

“So Jimmy and I became friends because pretty much that’s a three-piece band with the lead singer, and Jimmy said to me, ‘Look, The Yardbirds is great and I played on so many records…’ He played on so many sessions! If you look up what he played on, you’ll be amazed.”

“But he said, ‘This Telecaster ain’t cutting it for Led Zeppelin. And I don’t know what to do.’ Now, Les Pauls virtually didn’t exist in England at the time. They didn’t hit popularity yet, and they were pretty easy to find because they hadn’t been discovered – and they didn’t cost very much.”

“After the fact, when that became the guitar for rock ‘n’ roll, the rest is history. But he said, ‘I got to get a double-coil situation and I’ve looked for Les Paul, there aren’t any in England. Do you know any way you could help me get one? Because Led Zeppelin ain’t making it with a Telecaster.'”

“And I happen to have two. I found one in the basement of a family-owned music store, I think in Athens, OH, where Ohio University is. It was just in the basement. I just walked in another garage, and it was all boxes – and I said, ‘What do you got downstairs?’ And there was a Les Paul!

“And I found another one through a friend, I traded him some stuff for one. So, one I really liked and one I just was saving for a rainy day, so I gave Jimmy that one.”

So you gave Jimmy his first Les Paul?

I couldn’t imagine that Led Zeppelin catalog on a Tele.

“No, neither could I, neither could he. He said, ‘I’m in big trouble here.’ I said, ‘Look, just try this out, I think this will solve the problem. And if you like it, we’ll talk.’ And several times I thought about asking for it back but that didn’t work. You gave it to him. He gave me eventually 1,500 bucks or something, and that’s less than I paid for it. A little bit less yeah I paid so I broke even on that.”