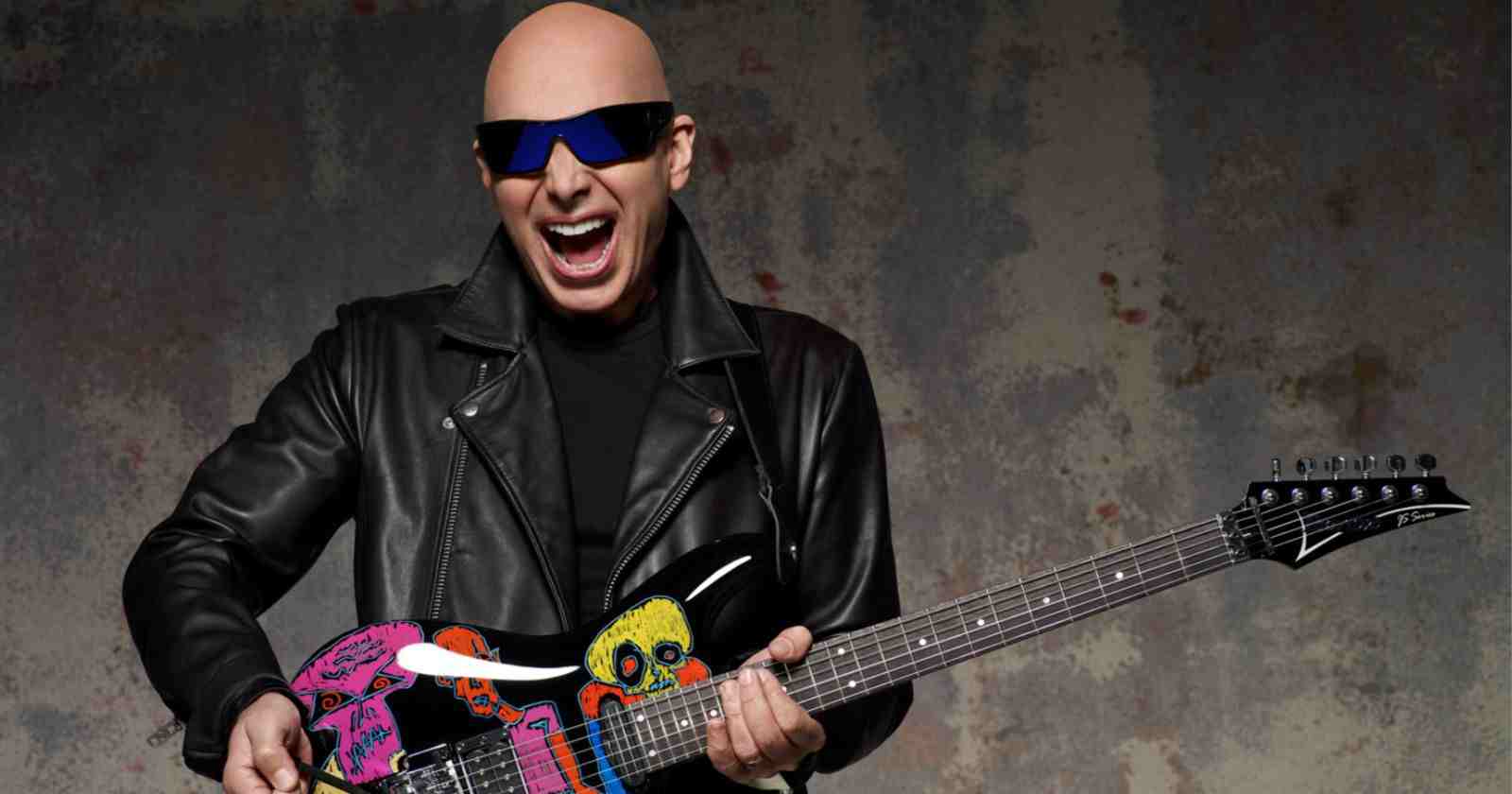 Virtuoso guitarist Joe Satriani elected in an interview with Classic Rock magazine the perfect song for each moment of his life and even his guilty pleasure song.

“Casino Boogie from the Rolling Stones’ Exile On Main St. I love music when it’s pure, when you can forget about technique and it just puts a smile on your face.”

“There’s something in John Lennon’s voice on Across The Universe. I guess it makes me think of him and his life as well as what he’s singing about.”

His ‘In the mood for love’ song

“Anything Mrs Satriani likes! You can never tell, it might be early Van Halen, which I love too. The early David Lee Roth stuff had that sexy, energetic appeal – all four of them going for it, you could feel that youthful energy.”

“Every time I put Greta Van Fleet on, someone, usually someone older, will say: “Who are these guys ripping off Led Zeppelin?!” Give them a break! There are bands a generation older than them who seem to be doing it for the money and fame, but to me these guys seem to love this music and they have a real spark.”

“Honestly? I would suggest no music. My favourite sound is the wind in the trees. That light susurration is a beautiful sound. Music can push people’s buttons in such different ways. You think you’re playing the perfect funeral song, and half the congregation wonder why you’re playing their Saturday night song!”