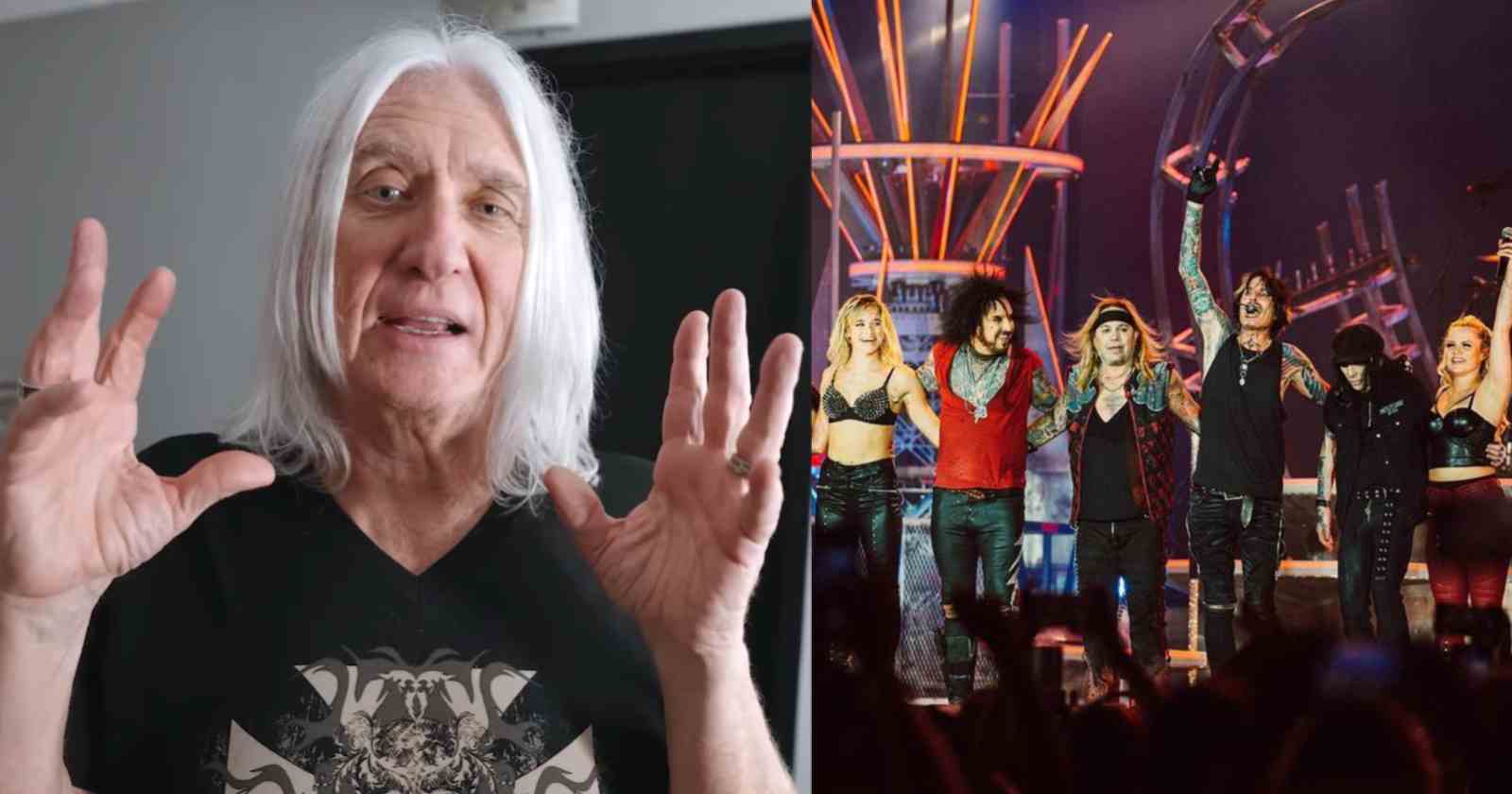 The Def Leppard vocalist Joe Elliott recalled in an interview with Hot Press the story of the first time he met Mötley Crüe, band that Leppard has been touring with in the last years. The two groups first achieved fame in the 80s and were often compared in the early days of their careers and the first time they have seen each other face to face was at the Rainbow Bar & Grill at the Sunset Strip in Los Angeles.

“My first time encountering Mötley in the ‘80s was in the Rainbow on Sunset Strip. It was quite comical, really – they had their arms draped around hot chicks with bits of pizza in one hand and a fag in the other and they were just off their face drunk. It wasn’t a particularly cohesive conversation we had – just, ‘Hey dude!’”

“The last gig on the Pyromania tour was in a San Diego barn called the Jack Murphy Stadium, which is sadly no longer there. It was the first stadium we ever headlined, 55,000 people were there and supporting us were Mötley Crüe, Eddie Money and Uriah Heep, which was quite the mixture!”

“I’d just bought my first video camera, which was the size of a telephone box, and shot footage from the dressing-room of Mötley on stage that I still have. Then in 2011, they opened for us in the UK. It wasn’t that particular tour, but Tommy Lee used to do this mad thing where he played the drums upside down. The whole kit would flip over with Tommy harnessed in and he wouldn’t miss a beat. He’s a real showman – they all are,” Joe Elliott said.

After touring across North America in 2022, the two groups will continue to tour in the United States but they will also perform in Mexico, South America and Europe in 2023.