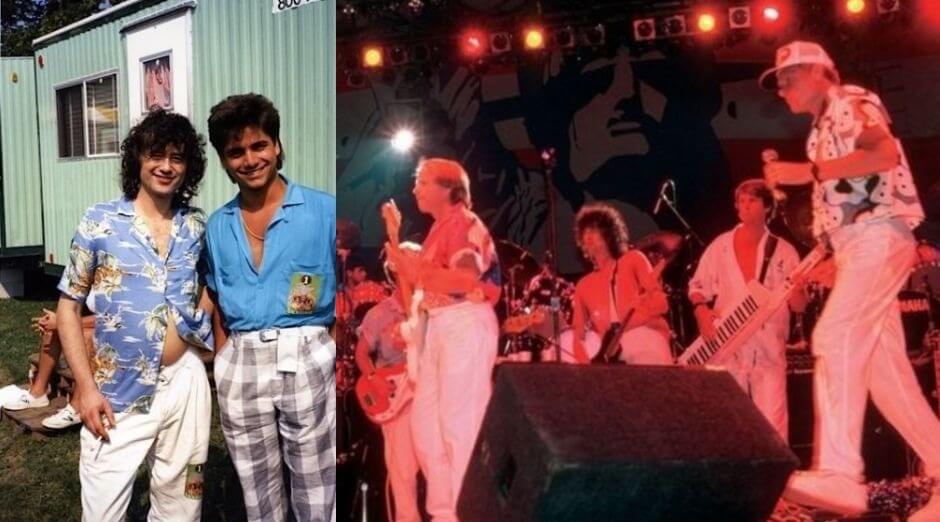 Led Zeppelin‘s Jimmy Page recalled when he performed with The Beach Boys during Independence Day back in 1985 on his Instagram. He also revealed that actor Mr. T (Laurence Tureaud), known for the TV Show “The A-Team” was also there.

Jimmy Page said about performing with The Beach Boys:

“On this day in 1985, I played Independence Day with The Beach Boys.⁣ Philadelphia and Washington were played on this memorable day and we travelled by train between the two cities. ⁣

“Mr. T was also on that trip. I became quite friendly with Beach Boy musician Bruce Johnston. It was an honour to meet Brian and Carl Wilson and play with The Beach Boys on this historic day. However, we don’t celebrate July 4th in England.⁣”

Page performed a few songs with the band in Philadelphia; then he flew to Washington, D.C and again played with them for the evening show. The video shows Jimmy Page performing with the Beach Boys Little Richard’s “Lucille” in Phili. After that showing him performing “Surfin’ In USA” and “Barbara Ann” in D.C.

The Beach Boys is a rock band from the United States formed in Hawthorne, California, in 1961, and is considered one of the most influential in rock history. It topped dozens of songs on the hit charts (it also topped four compacts at number one among the top sellers in the United States). As well as record selling albums. It was included in the Rock and Roll Hall of Fame in 1988. His 1966 album Pet Sounds, which contains classics like “Wouldn’t It Be Nice”, “Sloop John B”, and “God Only Knows”, and is considered one of the greatest masterpieces in the history of pop music.