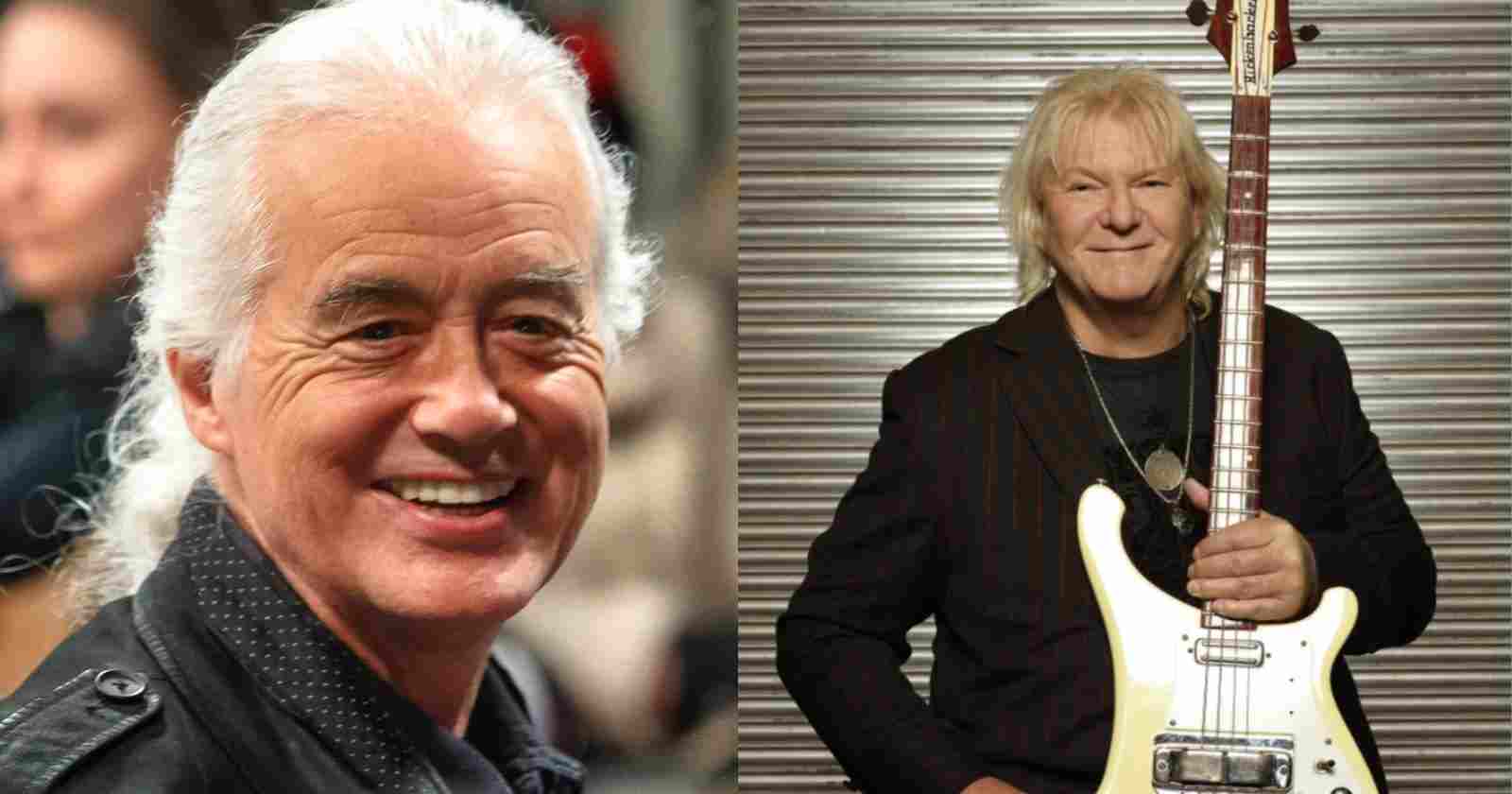 Led Zeppelin guitarist Jimmy Page recalled in an interview with Rolling Stone the supergroup XYZ, he briefly had with Ex-Yes members Chris Squire, the extraordinary bass player, and Alan White, the drummer.

“If you know the precision of Yes, you know how technically brilliant they were. And so I was in there with Chris Squire, the extraordinary bass player, and Alan White, the drummer, and they had suggested that we go it together.”

“Why not do that? It was the first thing that I did after we’d lost John Bonham, and I thought, “Well, if there’s ever anything like trying to jump in the deep end, this is it.” Because these guys are so good. And I mean, I’d heard the guitar playing Steve Howe would do and I thought, “Well, let’s see how it works.””

“So I went in there, and we did some of the songs that they’d already worked on. Then I came up with my guitar parts for these things, and that was really interesting. And Chris was singing on them. I thought, “I’ve really had to concentrate,” because it’s things in different time signatures. I mean it was a serious workout. But it was great. It was brilliant. And then I said, “I’ve got one,” and I played them what actually becomes “Fortune Hunter” with the Firm.”

And then I saw that actually they had trouble. I thought, “Oh, I see. OK. Well, they’ve really worked on what they’ve got here, which is probably all they do [with] all the Yes stuff. But it’s not just improvising.”

“Fortune Hunter” was good. I’m not that familiar with Yes music, to know whether some of the things that we played got actually used in the Yes material. Because I can say to you, “Well, yes, there was the one that became ‘Fortune Hunter.’ But it was a totally different sort of onset when it was done with Chris. And it’s more like a guitar instrumental with Chris and I.”

Will those XYZ recordings ever come out?

“Unfortunately, we’ve lost Chris now. It was something that I always hoped to do, as some sort of project, to get hold of him and Alan. It’s not even worth talking about, because it’s all speculation. I haven’t had a chance to really listen to the stuff and see just exactly what we do have, and what we don’t have. I don’t have any mixdowns of it. If I did, I’m not quite sure where they are now.”