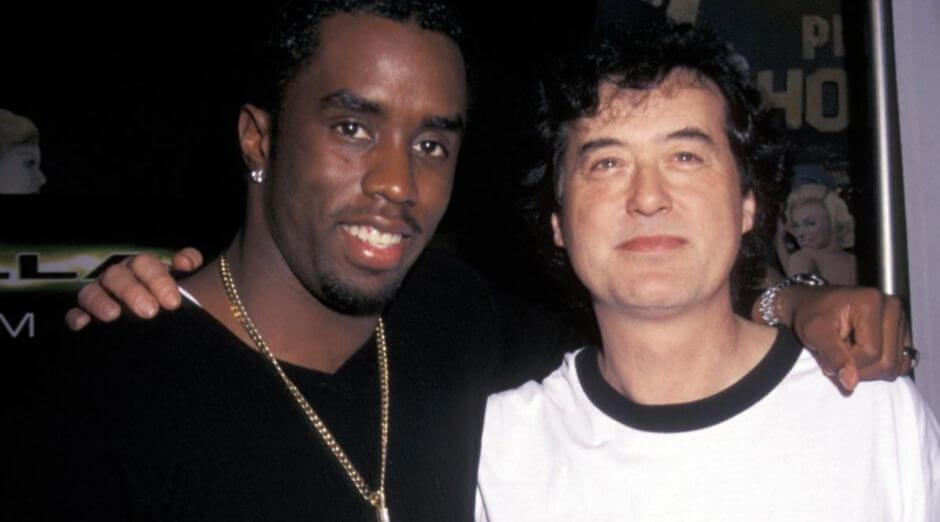 Jimmy Page recalled a forgotten and unusual partnership with rapper Puff Daddy for the first American Godzilla movie back in 1998. The Led Zeppelin guitarist joined Puff to record “Come With Me”, that was a version for the band’s classic song “Kashmir”. Later included as part of the soundtrack of the blockbuster.

Jimmy Page said on his Instagram about the partnership with rapper Puff Daddy:

“On this day in 1998, Come with Me, which I recorded with Puff Daddy, was released as part of the soundtrack to the film Godzilla. I recorded my guitar at CTS Studio in Wembley, London. Via an ISDN line to Sean Combs at the Record Plant in LA and a video link between the two venues. After the guitar recording a director was on hand to film my part of what was to become the promo video for the song. I was working to a blue screen on this and I thought they did a clever job the way they included the performance in the final cut.”

“I wore a Raf Simons jacket and a snakeskin print shirt that ‘Mr. Daddy’ had made positive remarks about during the link up! This was a fun project to be involved with. When the recordings were completed at CTS, Diddy said he was off to overdub the orchestra on it.”

“These photographs were taken at Daddy’s House Studio in New York City. So this was the first time for me to hear the final mix. He had clearly applied a lot of imagination to this and he’d done a really good job.”

The movie was directed and co-written by Roland Emmerich. Reimagining Toho’s Godzilla franchise. Was the first Godzilla film to be completely produced by a Hollywood studio. In addition, the film stars Matthew Broderick, Jean Reno, Maria Pitillo. Also Hank Azaria, Kevin Dunn, Michael Lerner, and Harry Shearer. Besides, the movie was dedicated to Tomoyuki Tanaka, the co-creator and producer of various Godzilla films. Who unfortunately died in April 1997.

Godzilla was theatrically released on May 20, 1998 to negative reviews and grossed $379 million worldwide against a production budget between $130–150 million. However, while the film turned a profit, it was considered a box-office disappointment. Planned sequels were cancelled and an animated series was produced instead. After that, in 2004, Toho began trademarking new iterations of TriStar’s Godzilla as “Zilla”.