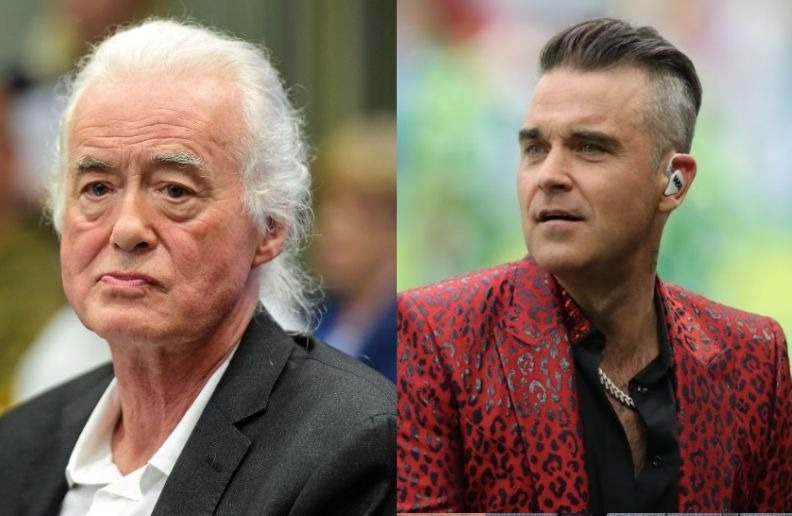 Led Zeppelin’s guitarist Jimmy Page was defeated in a lawsuit against the singer Robbie Williams. The two have fought a battle in British justice since 2013.

In recent years, modification that Robbie Williams planned to make in his mansion, to include an underground pool, has been the center of the problem. The two are neighbors in the Kensington area of ​​London, England.

Jimmy Page lives in a building designed by the Victorian architect William Burges at the end of the 19th century. He states that residence is, according to British law, “grade 1” – that is, it composes an “area of ​​special architecture or interest historic”. He said Robbie’s plans to make the underground pool could affect his home with “irreparable damage” since trees would be removed and the site’s soil would be destabilized with the excavations.

Five years later, the British court’s decision is in favor of Robbie Williams: the singer could start reforming after setting maximum noise levels, another complaint from Jimmy Page. In addition, the pop artist will have to take responsibility for any damage done to Jimmy Page’s home.

The legal battle between Jimmy Page and Robbie Williams was also marked by accusations and offenses. After Page attempted to prevent Robbie’s plans in court, the pop singer told The Daily Mail that the guitarist was caught sleeping in the garden while trying to spy on those responsible and said the 74-year-old musician suffers from “mental problems” . Subsequently, Robbie apologized for his statements.