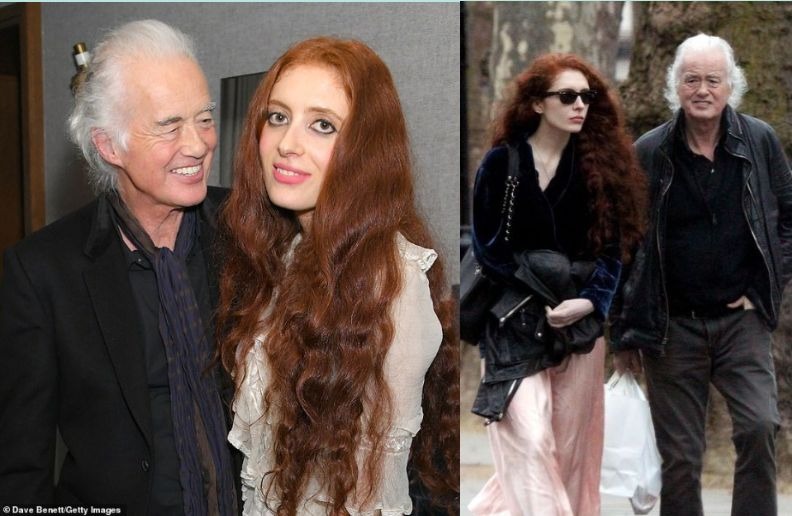 Jimmy Page, 75, was photographed with his girlfriend, Scarlett Sabet, 29, earlier this week at the launch of his new poetry book, “Camille,”

See the image below: 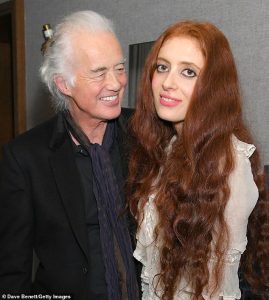 Scarlett, 46 years younger than Page, recited a selection of her verses for friends of Mortimer House in London, according to The Daily Mirror newspaper. By the time she read a poem about sexual passion, she joked, “Guess who it is,” in which someone replied, “Of course it’s Jimmy!”

Led Zeppelin guitarist Jimmy Page reportedly took the high road in his feud with neighbor Robbie Williams, making a peace offering of friendship after their ugly feud over Williams expanding his home, The Sunday Times reports.

Page reportedly asked, “Come round for a cup of tea.”

Page and his team wanted to ‘agree to disagree’ with Williams, but the offer was reportedly rejected.

The Times wrote, “Page, 75, and his team have accused Williams of ‘continually rebuffing’ all attempts to bury the hatchet after a bitter property dispute that has lasted for five years.”

James Patrick Page OBE (born 9 January 1944) is an English musician, songwriter, and record producer who achieved international success as the guitarist and founder of the rock band Led Zeppelin.