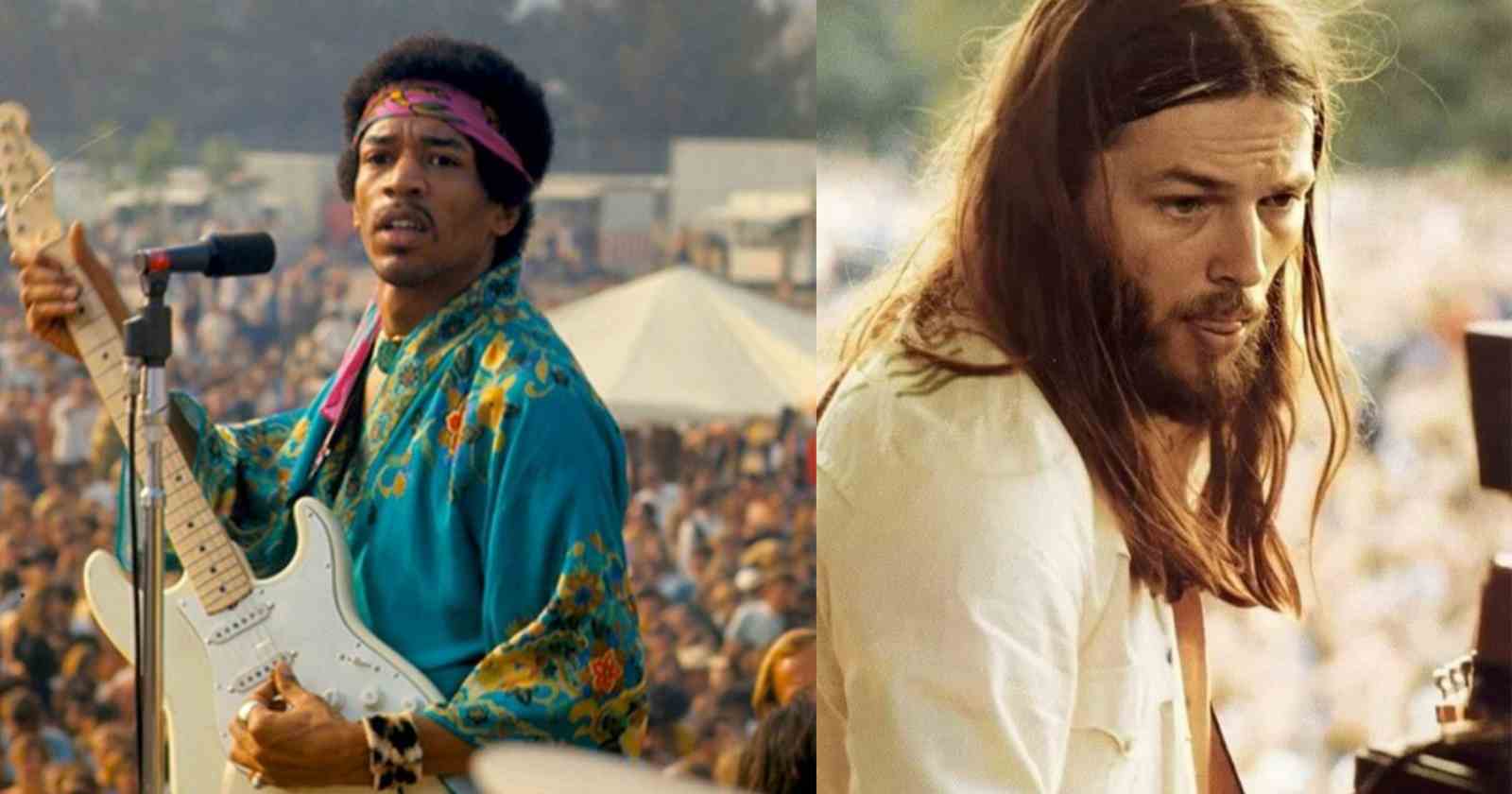 The 60s were a magical decade for Rock and Roll music where many artists took the music genre to another level and created several paths for other new musicians to follow. One of these groundbreaking musicians was the late legendary Jimi Hendrix that only released four albums but changed the sound of the electric guitar.

At that same era, Progressive Rock, that had a very different sound compared to what Hendrix did was doing. But even though the guitarist died too soon at the age of 27 in 1970 he had to chance to hear that kind of music and even gave his opinion on Pink Floyd, one of the groups that started the movement.

Even though Hendrix was active since 1962, playing as a guitarist in many American groups, like Little Richard‘s band, he only released the debut album of his own band The Jimi Hendrix Experience in 1967. Curiously, that was the same year that Pink Floyd also released their debut album “The Piper At The Gates Of Dawn”.

At the beginning, just like many critics and Rock fans, Jimi Hendrix didn’t liked Pink Floyd and Psychedelic music as he told Steve Barker in 1967. He was asked by the journalist if he had the habit of reading the International Times that was an underground newspaper from London that was active from 1966 unitil 1973. Hendrix than said that he used to read but he didn’t like when they recommended psychedelic bands.

“Here’s one thing I hate, man. When these cats say, “Look at the band. They’re playing psychedelic music!” All they’re really doing is flashing lights on them and playing ‘Johnny B. Goode’ with the wrong chords. It’s terrible.”

“There’s this cat smashing a car when he might be singing a song about ‘I love you, baby.’ Now what does that have to do with it? Now, if he was saying the car is evil and the music is in the background and he’s out there reading poetry with his little green and gold robe on, that might have some meaning. Singing ‘Love Is Strange’ while smashing an M.G. up is just stupid.”

He was then asked if he had seen Pink Floyd. He replied, saying: “I’ve heard they have beautiful lights but they don’t sound like nothing.” Pink Floyd alongside The Move, Amen Corner and other groups ended up being Jimi Hendrix’s opening acts when he toured acrros the United Kingdom in 1967.

His opinion on the band changed

Even though his first impression of the Progressive Rock band wasn’t good at the first sight, his opinion changed over the years. In an interview made available by The Narrative Art (Transcribed by Rock and Roll Garage) that happened in the late 60s, he said that sometimes people should “layback and appreciate them”.

“They’re doing like a different type of music. They’re doing more kind of a space thing. I mean, inner space it seems like. You know, technically they are getting electronics and all this. They do like a space kind of thing, like a inner space. Sometimes you have to layback by yourself and appreciate them, you know,” Jimi Hendrix said.

Not long before his death in 1970, Hendrix talked with the famous magazine Melody Maker. He reflected about the future of music because at that point, people were trying to figure out what the 70s would be like. Because the 60s had so many different artistic experessions happening at the same time.

The guitarist said that the musicians would paint pictures of earth and space that would take the listener somewhere else. He also stated that people liked things that blew their minds. To give that to them, one of the options would be what he named “druggy music”. He then said that it would be something similar to what Pink Floyd was doing. During that same conversation he called the Progressive Rock group the mad scientists of that era.

During his lifetime, Jimi Hendrix was not able to see Pink Floyd become one of the best-selling bands of all time. Their huge commercial success only begun with the release of their classic 1973 album “Dark Side Of The Moon”. He also didn’t had the chance to see David Gilmour become one of the most influential and praised guitar players of Rock music. But curiously, Gilmour spotted Hendrix even before he formed The Jimi Experience.

Gilmour that is huge fan of Hendrix recalled that in an interview with the BBC Radio 2 show “Tracks Of My Years” in 2006 (Transcribed by Rock and Roll Garage). “Jimi Hendrix, fantastic. I went to a club in south Kensington in 1966. This kid got on stage with Brian Auger and the Trinity. (He started to play) the guitar with the other way around (upside down) and started playing. Myself and the whole place was with their jaws hanging open.”

“I went to the next day to record shops. I said ‘You’ve got anything by this guy Jimi Hendrix?’ They said ‘Well, we’ve got a James Hendrix’. He hadn’t yet done anything. So I became rather an avid fan waiting for his first release. Also this is one of his beautiful ballads that I really love,” David Gilmour said.

During that same conversation he listed “The Wind Cries Mary” as one of his favorite songs of all time. That track is from the musician’s 1967 debut album.

Gilmour told Guitar Tricks Insider in 2017 that the album “Electric Ladyland” (1968) was one of his favorites. That record had classic tracks like “Crosstown Traffic”, Voodoo Chile”, “Voodoo Child (Slight Return)” and “All Along The Watchtower”.

Over the years he had the chance to perform some Hendrix songs live. One of those moments happened in 1991 when played “Hey Joe” live with Seal on vocals. It was part of the Live Amnesty International’s Big 30 concert.