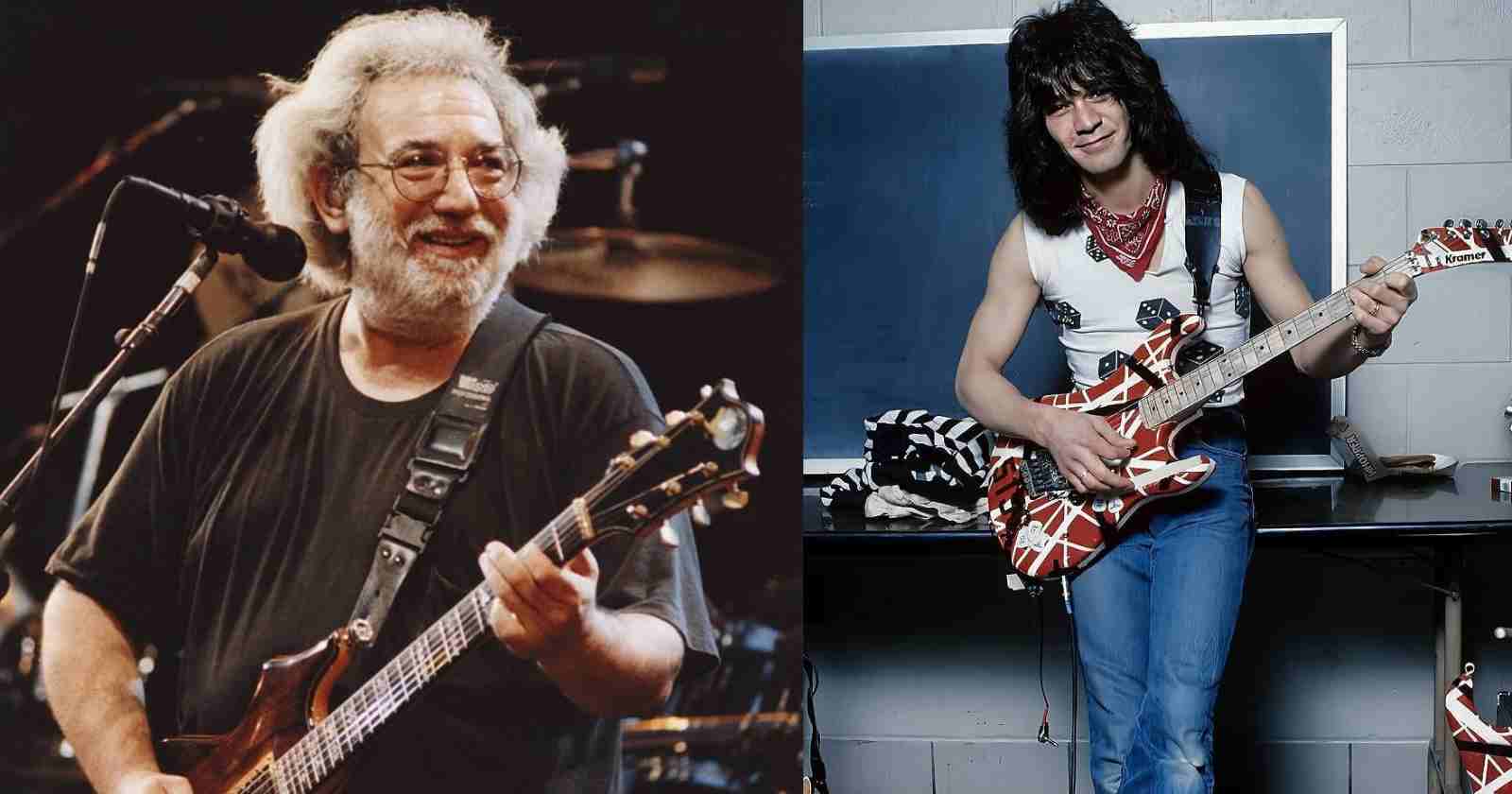 Born in Amsterdam, Netherlands back in 1955, Eddie Van Halen achieved stardom as the guitarist of Van Halen. His revolutionary guitar technique and sound inspired countless guitarits that started to playing like him specially in the 80s. Over the decades many of his peers gave their opinion on him and one of them was the late Grateful Dead guitarist Jerry Garcia.

When Van Halen released their debut album in 1978, The Grateful Dead had already 15 studio records in their discography. Even though the music that the two bands were making were very different, the guitarist Jerry Garcia was asked in an interview with Frets back in 1985, about what was his opinion on the young players of that era and about Van Halen.

After being questioned if he listened to artists like Eddie Van Halen, Jerry Garcia replied: “Not seriously, no. Because I can hear what’s happening in there. There isn’t much there that interests me. It isn’t played with enough deliberateness. It lacks a certain kind of rhythmic elegance that I like music to have, that I like notes to have. There’s a lot of notes and stuff. But the notes aren’t saying much, you know. They’re like little clusters. It’s a certain kind of music which I understand on one level. But it isn’t attractive to me,” Jerry Garcia said.

By 1985, Van Halen had already released all their classic albums with David Lee Roth on vocals and were already an established famous Hard Rock band. In that same year, Sammy Hagar joined them to replace Lee Roth, who had left the group.

What Garcia said about the guitar players of that era

In the same interview with Frets in 1985, Garcia recognized that it wasn’t easy for him to listen to the new guitarists. He stated that they were much more accomplished then they used be a few years before. “Well, it’s a little hard for me to listen. The thing is, they’re much more accomplished than they used to be. But that just means that the instrument itself has a much better book than it used to have. The electric guitar has an enormous vocabulary. (Also) several different kinds of mediums. All of which have expanded enormously in the last 10, 15 years.”

Garcia said that there was something very important that the players of that era were missing. He explained that good music needs the feeling when you play the notes. Just like the soulfulness that classic Blues guitarists had.

“That’s all to the good. It just means the instrument has expanded. But young players, even if they’re really brilliant technically, there’s a thing like a guy like John Lee Hooker or somebody like that who can play two or three notes so authoritatively on a guitar. There’s like 60 years of real mean person, right, who can scare the pants off you in one or two notes played with such immense authority and such soulfulness. There’s that, and that’s a real thing. For me, I’d much rather hear something like that than a lot of facility,” Jerry Garcia said.

Curiously, the ex-Van Halen vocalist Sammy Hagar is a big fan of the Grateful Dead and performed with the survival members of the group multiple times over the years, including Jerry Garcia. In 1997, drummer Mickey Hart played percussion in several tracks of Hagar’s album “Marching To Mars” and the singer recalled that when he interviewed Weir and Hart on his show “Rock and Roll Trip” back in 2016. During the program he also recalled the first time he saw The Grateful Dead live (Transcribed by Rock and Roll Garage): “The first time I saw the Dead was in new year’s eve show somewhere around 1977, 1979. I didn’t like the Dead, we know this. We already had this conversation on airplanes and when we where hanging out, doing stuff.”

“But I came back around so far. When I saw the Dead back then I didn’t get it because I’ll be waiting about an hour and half (for the chorus). But then something would happen where the whole place just came alive and I got goosebumps. That’s the magic of the Dead. The fact that you and I ever came together it’s a miracle. It’s awesome for me, it’s been one of the greatest things,” Sammy Hagar said.

Jerry Garcia was part of the Grateful Dead until his death in 1995 at the age of 53, victim of a heart-attack. During their career, the band had released more than 200 albums, the majority being recorded live in concert.