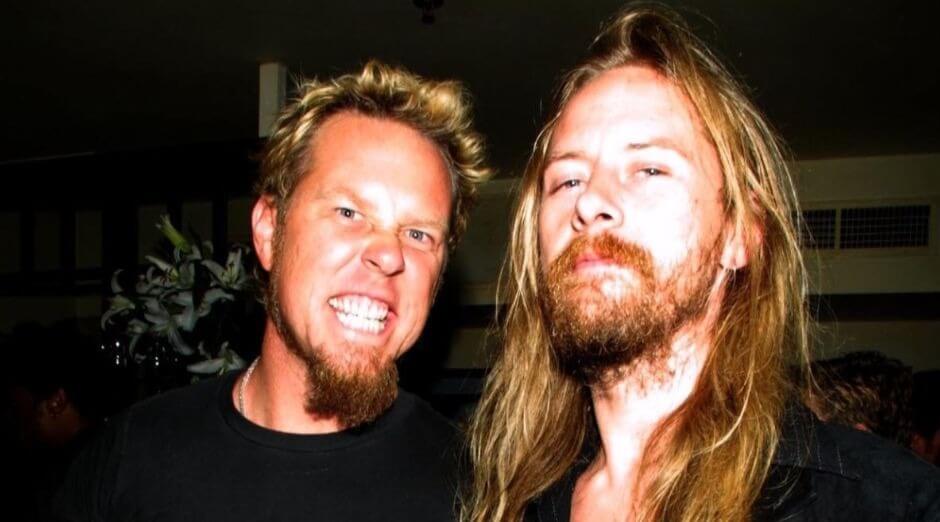 Alice In Chains guitarist Jerry Cantrell was asked by Louder to point out who is the greatest frontman in Heavy Metal music. The musician praised Metallica’s James Hetfield, saying he has a really presence on stage.

Jerry Cantrell said about James Hetfield being the greatest frontman in Metal:

“A long time ago, me and Sean [Kinney, Alice in Chains drummer] got together with James Hetfield and Robert Trujillo to do a benefit show in Los Angeles. James actually asked me to sing ‘Them Bones’ and ‘Would?’ and I was thinking, ‘Right on!’ So we did those two songs and then we did ‘Nothing Else Matters.’ It was one of the coolest things I’ve ever done in my whole life.

“As a guitarist, I come from the Malcolm Young school of rock, which is about rhythm and songwriting. If you talk to anybody, I’m not really known as a virtuoso soloist. Where it’s at for me is rhythm, tone, feel, and arrangement. I think James comes from that school too.

“What makes James such a great frontman is his physical presence. Nobody else commands the same kind of respect and attention without it being self-seeking or egocentric. He’s all about the music; all about the fun and the celebration and the connection with the fans. And that to me is really inspiring.

“Especially because he’s done this for so long, and he’s been at the top of his game for so long and he continues to search for a deeper meaning. I can’t wait to see what he does next. He took an underground thing and took it worldwide. Metallica is a huge thing for me and for any hard rock or metal band. Will he go down in history as a rock icon? He already has – he’s the godfather, man.”