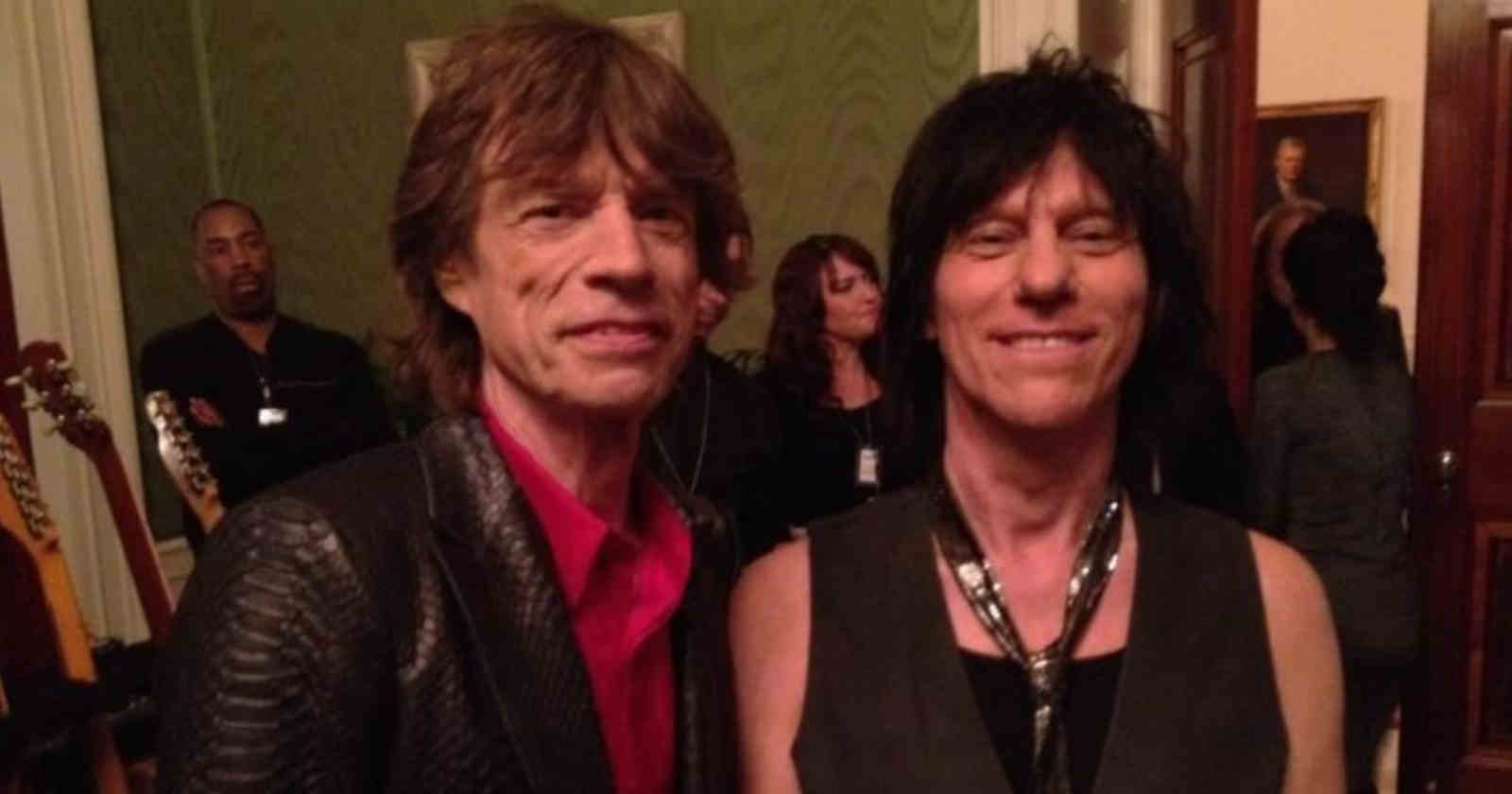 Guitarist Jeff Beck talked in an interview with Classic Rock magazine about the legendary Rolling Stones singer Mick Jagger. The musician said that people used to scream “Mick!” when they saw him all the time back in the 60’s.

Jeff Beck recalls he used to get mistaken with Mick Jagger all the time:

“I used to get mistaken for him all the time in ’61. I used to have girls screaming at me and I didn’t know what the fuck they were screaming about. I’d pull up along somebody in a car and they’d go: “Mick!” And I’d be thinking: “Who the fuck is this Mick?” Then I realised it was this guy in The Rolling Stones called Mick Jagger.”

“I was always thinking: “I wonder if I could play in that band?” I seemed to fit the style. Loved the blues and all the rest of it. I kept my eye on them. And lo and behold Mick calls me up and wants me to do an album [She’s The Boss]. And that was the first time I met him. I thought Mick was charming. He treated me really well. Loved women, of course.”

Primitive Cool is the second solo album by the Rolling Stones lead singer Mick Jagger and was released in 1987. As the follow-up to Jagger’s 1985 success She’s the Boss, Primitive Cool was another attempt by Jagger to make him a solo star. However, the commercial reaction was cooler than expected.

Joining up with David A. Stewart and Keith Diamond in the producer’s chair, Jagger used Jeff Beck as the regular guitarist for the sessions, seeking to have more uniformity in the recordings.

Released in September 1987 with “Let’s Work” as the lead single, the commercial reaction to Primitive Cool was not as welcoming as the reception for She’s the Boss, with the album merely reaching No. 26 in the UK and No. 41 in the United States with “Let’s Work” and follow-ups singles “Throwaway” and “Say You Will” were minor hits, not at all rivalling “Just Another Night” in commercial success. As a result, although Jagger toured Primitive Cool, it was only in Japan and Australia, not feeling confident enough to attempt American or British shows.