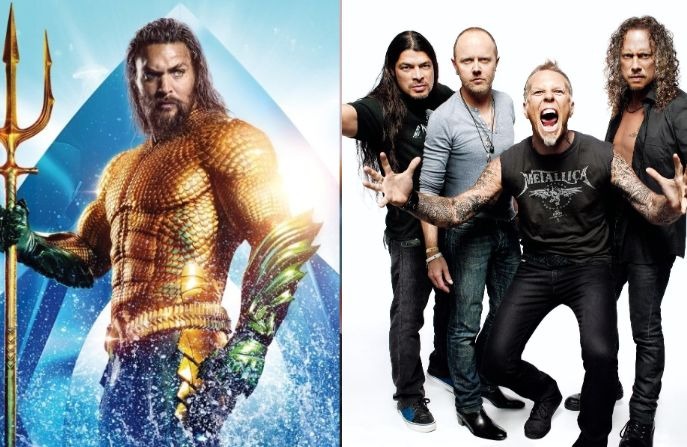 Actor Jason Momoa has revealed he is a big metal fan and said the genre inspired him to build the character Aquaman.

“Aquaman is very Metal, I know that nobody thinks about it, but it’s Metal.” I kind of build my characters using songs of the genre. “Conan (The Barbarian) was [a very heavy Pantera, I say Aquaman is made from Tool and Metallica’s ‘Kill ‘Em All’, ‘Ticks And Leeches’ from Tool, if I’m more specific, there’s also a lot of Black Sabbath there.”

Aquaman is a 2018 American superhero film based on the DC Comics character of the same name, distributed by Warner Bros. Pictures. It is the sixth installment in the DC Extended Universe (DCEU). Directed by James Wan, with a screenplay by David Leslie Johnson-McGoldrick and Will Beall, from a story by Geoff Johns, Wan and Beall, it stars Jason Momoa as the title character, with Amber Heard, Willem Dafoe, Patrick Wilson, Dolph Lundgren, Yahya Abdul-Mateen II, and Nicole Kidman in supporting roles.

It is the third live-action theatrical film featuring Aquaman, following Batman v Superman: Dawn of Justice (2016) and Justice League (2017) and the first full-length feature film centered around the character. In Aquaman, Arthur Curry, the heir to the underwater kingdom of Atlantis, must step forward to lead his people against his half-brother, Orm, who seeks to unite the seven underwater kingdoms against the surface world.