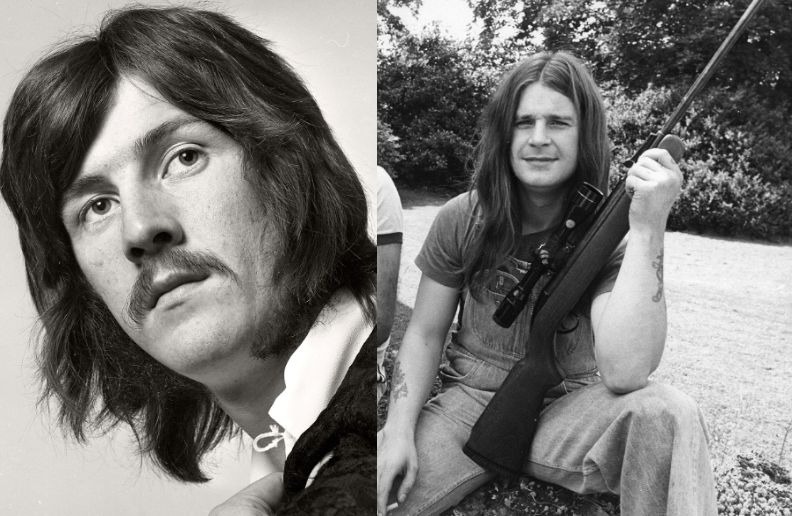 John Bonham’s son, Jason Bonham told Eddie Trunk in a recent podcast the story of when his father and Ozzy played with guns.

How old were you when your dad passed away? Do you still have vivid, fond memories of him?

“Yeah, very much so. I have some very fun, fond memories, and some very scary ones in weird ways. I laugh about it now.

“For instance, one of his buddies comes over, he gets a couple of drinks and he goes, ‘Hey, John, I’ve got some shotguns in the car. Let’s go shoot stuff!’. And he goes, ‘Jason, come and carry the ammo for us.’

“So we’re walking around the field, and you’ve got the singer and the drummer walking around, and they’ve had a few beers, and the singer goes, ‘You know what man? This is boring. Let’s just shoot that tree.’

“So they decide to open fire on this poor, helpless tree, and it was just… When I look back, that was nuts. And of course, for those that don’t know, that was Ozzy Osbourne that was over at the house.”

Were you homeschooled or did you go to school?

“No, I went to school. My love at that time was dirtbikes, drumming was a secondary thing. I was very good at racing, so the worst thing that could happen to me was my dad to take my dirtbike away.

“So when my school report card came in bad, the bikes would go out. Dad was very well educated. He wasn’t the Neanderthal man that people had him down for, he was a really clever guy.”

Would it be fair to say that of the three surviving members of Zeppelin that Robert Plant is the guy that kind of was always the closest, or even maybe took you under his wing a little bit?

“Yes and no. Robert was the closest, but Jimmy [Page] was the one that kind of took me on the road with him – when you think that I’m the only drummer on Jimmy’s only solo album [1988’s ‘Outrider’] – I feel pretty honored.

“It was a lot of fun when we went on that tour, I love playing with him. I was 22 years old, I was new and fresh to this whole world of rock and roll.

“I just remembered staying at the UN Plaza for two weeks, and when I went to check out my incidental bill was $37,000. I must have bought everyone in the bar a drink every night, even though I wasn’t there.

“When I said get everybody a drink, I didn’t mean every night, every day. I was probably getting Jimmy’s drinks at the same time, he called it the learning curve.”