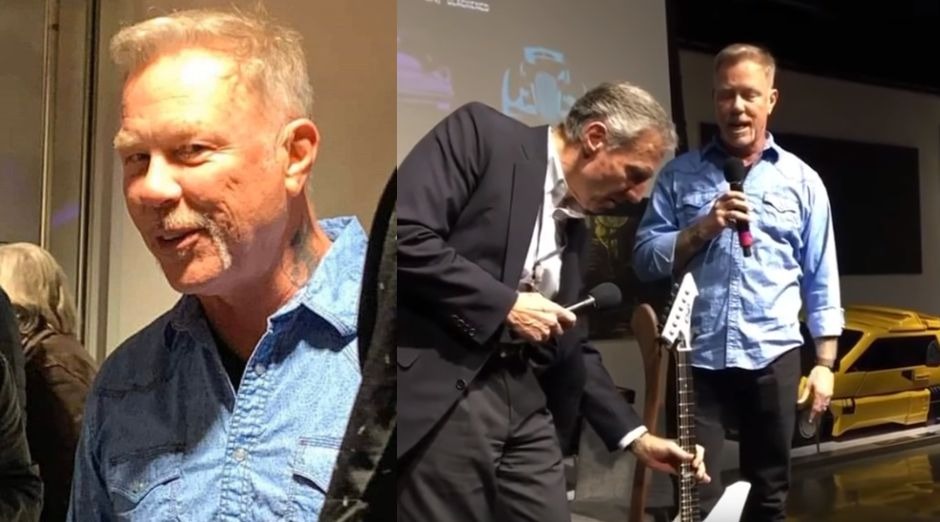 The first public photos and a video of James Hetfield after his rehabilitation were revealed. They were recorded on the evening of January 30. At an event held at the Petersen Automotive Museum in Los Angeles. In addition, James appears smiling, confident and happily interacting with fans.

he lend 10 of his custom cars to an exhibition titled Reclaimed Rust: The James Hetfield Collection. He was present on the opening of the event. And participated in a conversation. Also helping auction off two of his own ESP guitars.

The exhibition is taking place at the Petersen Automotive Museum in Los Angeles. Also, according to the local executive director, Terry L. Karges, the idea is to unite the artistic bias of the two areas.

“‘Reclaimed Rust’ brings together two industries that go hand in hand with artist expression.” said Petersen Automotive Museum executive director Terry L. Karges “This is the first time the Hetfield collection will be showcased to the public. And we can’t wait to share the inspiration behind these extraordinary vehicles with the world.”