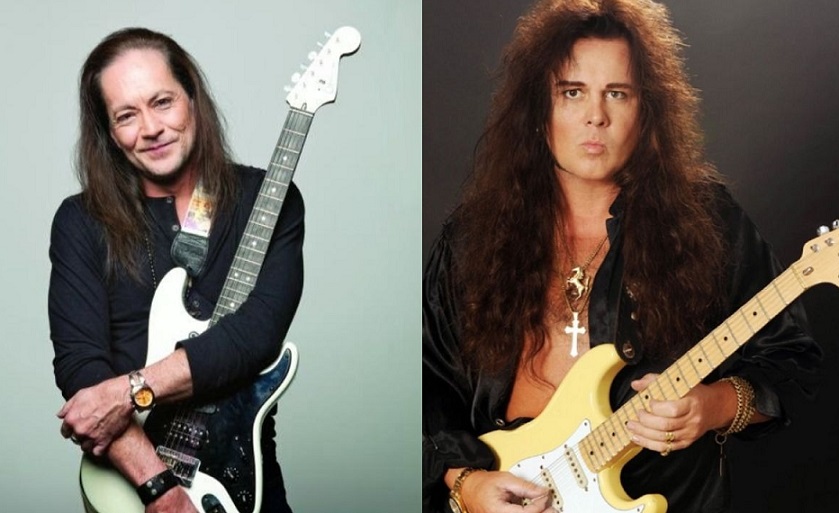 Guitarist Jake E. Lee has criticized his fellow guitarist, Yngwie Malmsteen, in an interview with the “Talk Toomey” podcast (Blabbermouth transcript). The former Ozzy Osbourne band member said that the Swedish musician is an “arrogant asshole” and that despite being a good guitarist, he is only good at one technique: making sweeps and arpeggios with agility.

“He’s a dick — that’s my main problem with him. He’s an arrogant fucking asshole, and he always has been. I don’t know if he is right now, to be honest — I haven’t seen him in forever. But I can only assume that if when you’re younger, you’re that arrogant and that big of a dick, that you really never change.”

“So I assume he still is. But no, he was just — he was a dick. And he was a great guitar player. But even then, he was really good at one little thing that he does — doing the sweeps and arpeggios and playing fast — and that’s all he could do. That’s one of my problems with him — it’s a very narrow band of guitar playing. He just focuses on this one part. He’s a shitty rhythm player; he can’t write a song worth a fuck.”

“And I’m saying this, and this sounds bad — I feel a little bit bad — but knowing what an asshole he is, I don’t feel that bad. You can’t be that arrogant if you’re only really good at one minute aspect of the art of playing guitar. And that’s all he was… And … yeah, fuck him.””