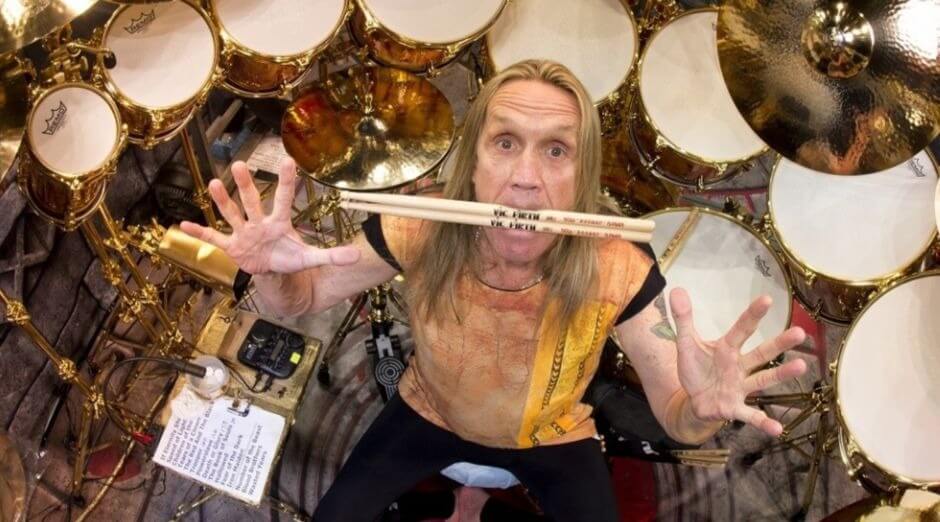 Iron Maiden drummer Nicko McBrain revealed his early drumming influences in an live webinar with Modern Drummer magazine, that also had Kiss drummer Eric Singer. The musician said he had a lot of  pop, soul and blues influence.

“I went through a pop phase when I was learning the Stones, the Beatles and Marvin Gaye. All those kind of guys. I was playing pop music, soul music and went into blues. And then, obviously, for my style, the music that I was playing in the late ’60s, early ’70s transferred into this kind of funk stuff. That was my main go-to what I loved to play. So my style came from all these genres of music.” 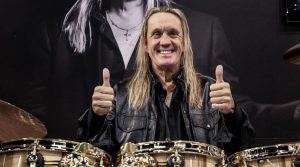 “How I think really my style progressed was the bass players I played with. They were primarily funk players. And then when I played with Pat Travers, we had the great and wonderful ‘Mars’ Peter Cowling on bass. And that guy and I, we just clicked. ‘Cause I had this funk side to me, and yet I also had a flamboyant side, which was a more percussive player, because there was only three of us.

“My style really came from the bass players I was playing with and the music I was listening to at that time. But I still took that early feel that I had, ’cause I grew up listening to the greats in the ’60s. It was ’63 when I first really got into playing; I was 10 years old… That’s where my influences came from those bands at that time.”

Nicko McBrain replaced Clive Burr in Iron Maiden after the tour for the “Number of The Beast” album. Before the band he played with Pat Travers and french band Trust.

For U$ 2.500 Megadeth’s Kiko Loureiro plays a solo in your album
Doro Pesch will be the first metal artist to make a drive-in concert
Advertisement
To Top