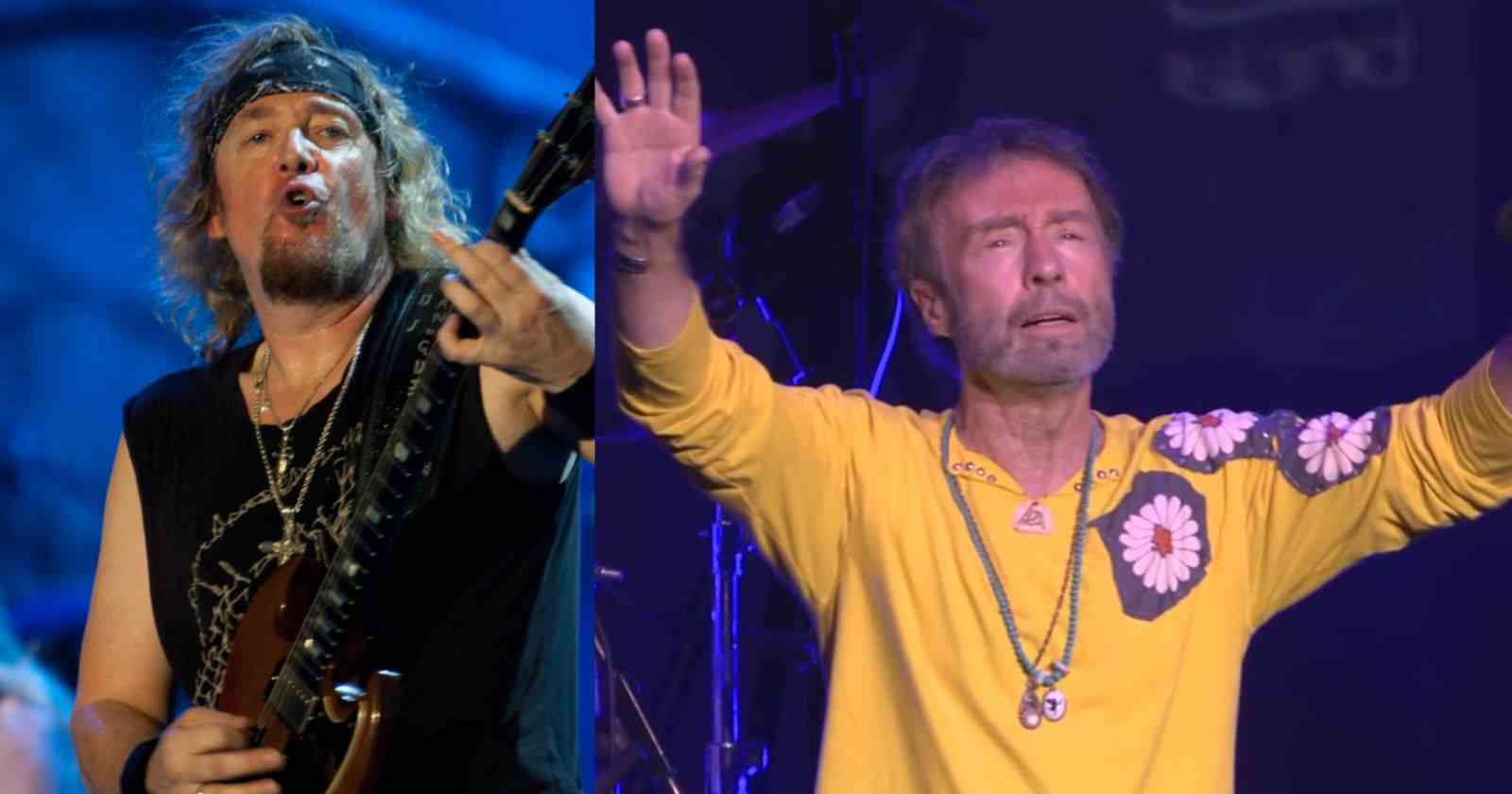 Iron Maiden guitarist Adrian Smith is currently promoting his new album with Richie Kotzen and talked in an interview with BBC about his “rock god” that is singer Paul Rodgers (Free, Bad Company).

“”Free were probably my favorite band when I was growing up. I loved, and still love, that swaggering ’70s bluesy rock. I met Paul Rodgers once. So I had arranged for my father to see a doctor up in town. He was having a few health problems; this was back in the ’90s. I was late getting to the doctor, as usual, and my dad was in the waiting room. And when I got there, my dad was in conversation with none other than Paul Rodgers.”

“My dad turned to me and said, ‘Oh, Adrian, late as usual. But I’ve been talking to this nice young man here. He reckons he’s a bit of a singer.’ And my dad’s favorite singer was Perry Como, so he had no idea who Paul Rodgers was. And I just thought that was lovely.”

Iron Maiden guitarist Adrian Smith and Richie Kotzen (Ex-Poison, Ex-Mr. Big) released the first song of their new album “Smith/Kotzen project”. The full record will be out March 26 via BMG. It was recorded in Turks & Caicos Islands in February 2020, produced by Richie and Adrian, and mixed by Kevin “Caveman” Shirley.

Iron Maiden guitarist Adrian Smith said: “Richie and I started working together a couple of years ago. We’d been jamming as we’d been friends for a few years before that. We both share a love for classic rock and bluesy rock, so we decided to get together and start writing some songs and it went from there.

“Pretty much everything on the album is handled between Richie and myself, including the production. We had developed a really strong idea of how we wanted it to sound, and I’m very pleased with how it turned out. There’s a lot of cool songs on there that we are really happy with.”