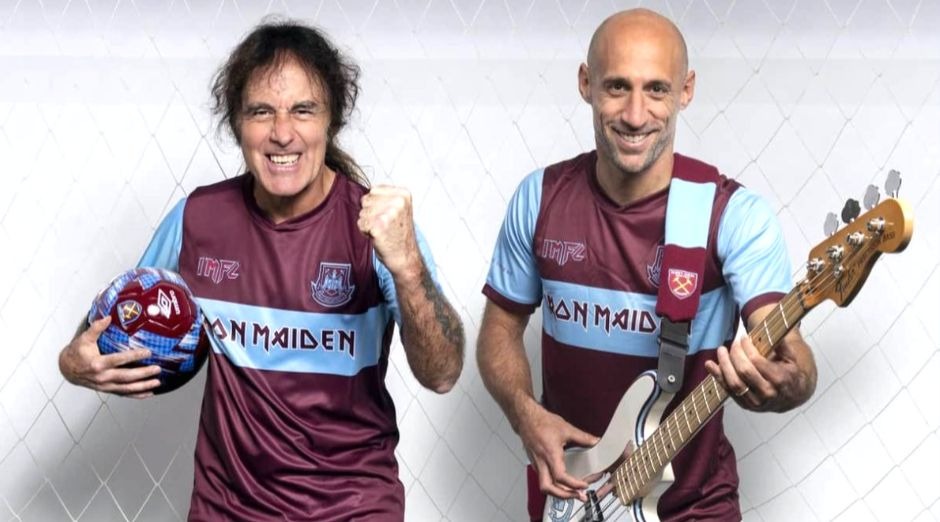 Iron Maiden unveiled an unprecedented partnership with English football club West Ham. Titled Die With Your Boots On, in honor of the 1983 song, the line is headed by group co-founder Steve Harris, a big fan of the team.

“I went to watch a West Ham match against Newcastle when I was nine and my friend was ten,” he says, “We went by bus and they won 4-3 and that’s it. I was hooked.”

Fans of the band already know Harris’ love for the team. For those who had the pleasure to see them live, know the flag he carries on stage, as well as his bass, which carries the team’s logo drawn.

Speaking about the launch, the Argentine player Pablo Zabaleta, said: “I think it’s brilliant. I really love this version and color of the shield, and this good old kind of uniform. It’s a modern format but with a retro design, and I like it. Up the Irons!”

The products are for sale on the official Iron Maiden and West Ham website.

See the new uniform below: