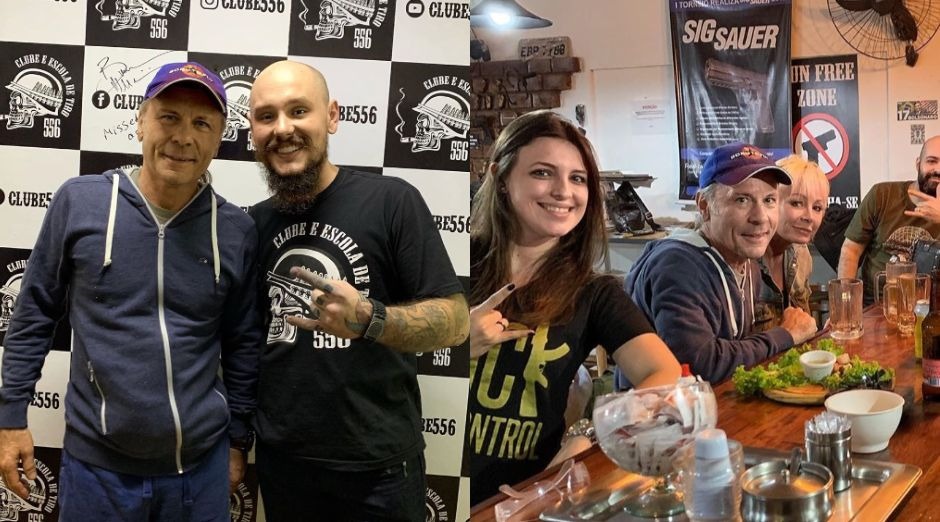 They went to the 556 Shooting Club and School in the East Zone of city. On the day of the visit there was gun meeting among the members and there the musicians signed autographs, fired some shots and had a few beers with the staff of the establishment.

According to the club, which has declared it will create a shooting bay in honor of the band, this was the first time Janick had shot in his life.

See Bruce Dickinson and Janick Gers in the shooting club: 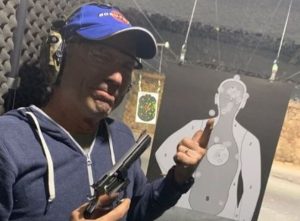 See the Instagram Stories that shows them in the shooting club.

The government held a popular referendum in 2005 to see if the population would agree with article 35 of the statute, which dealt with the ban on the sale of firearms and ammunition throughout the national territory. The article was rejected with 63.94% of the “NO” votes against 36.06% of the “YES” votes.

The law prohibits the possession of weapons by civilians, except in cases where there is a proven need; In such cases, there will be a predetermined duration and subject the individual to the demonstration of their need to carry it, with registration and possession with the Federal Police (Sinarm), for weapons of permitted use, or the Army Command (Sigma). , for restricted use weapons, and pay the fees, which have been increased.

An example of such situations is people living in isolated locations who may require gun clearance to defend themselves. Possession can be revoked at any time, especially if the bearer is approached with his weapon in a state of drunkenness or under the influence of drugs or drugs that cause alteration of intellectual or motor performance.