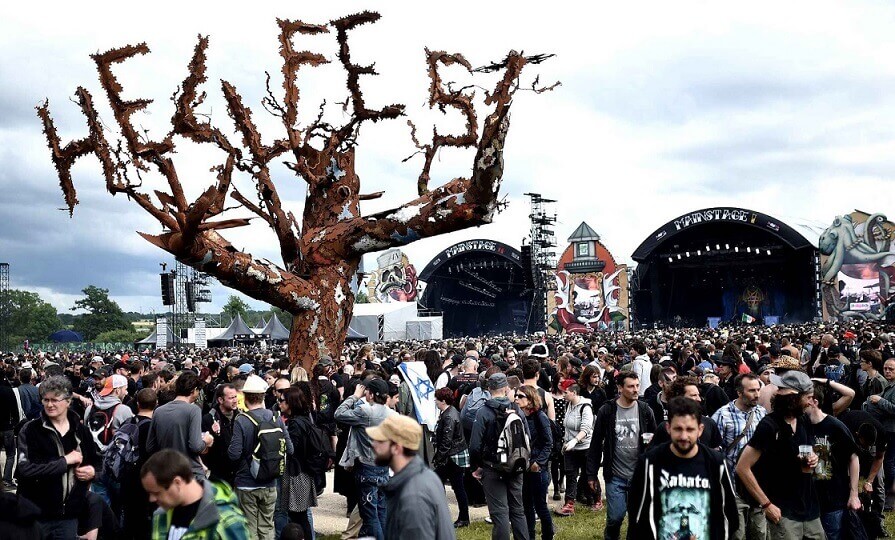 Hellfest is considered the biggest metal festival in the world and happends annually in Clisson, France since 2006, and will return in 2018. The new edition has Avenged Sevenfold, Iron Maiden and Judas Priest as headliners and Hollywood Vampires (Joe Perry, Alice Cooper, Johnny Depp and more), Megadeth, Europe, Joan Jett among the other bands. The event will be between June’s 22 and 24.

Take a look at the full line-up: 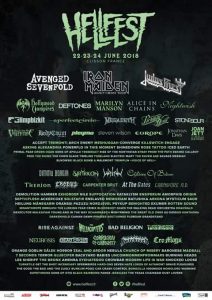 Hellfest, also called Hellfest Summer Open Air, is a French rock festival focusing on heavy metal music, held annually in June in Clisson in Loire-Atlantique. Its high attendance makes it the French music festival with the largest turnover. It is also one of the biggest metal festivals in Europe and the first to exist in France.

Its programming is primarily focused on hard rock and metal on the two main stages, while each of the four other festival’s stages are dedicated to a particular style like black metal, death metal, hardcore punk, doom metal or stoner rock, making possible the presence of groups such as Iron Maiden, Deep Purple, ZZ Top, Motörhead and KISS, as well as that of Slayer, Megadeth, Sepultura, Cannibal Corpse or Anthrax.