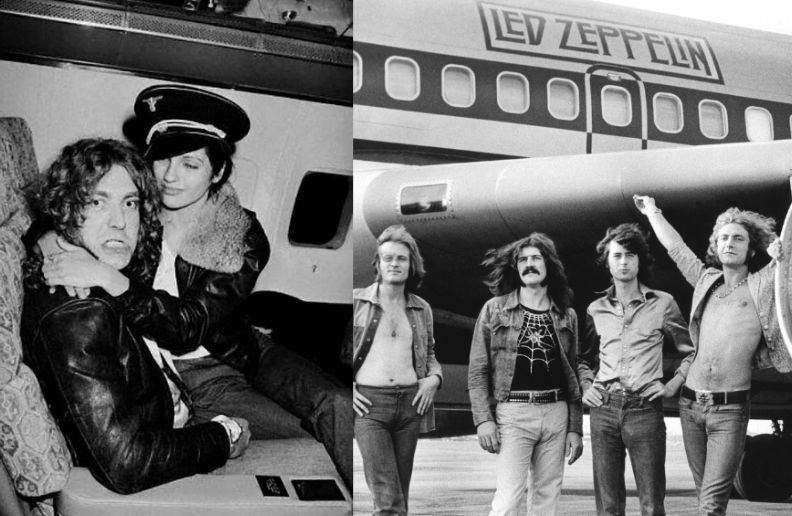 A report on the US TV program NBC, the ‘Nightly News’ of July 31, 1973 amends a segment on criminal activity with a story about how Led Zeppelin is so rich that it can afford to rent its own jet.

Led Zeppelin used to stay in big hotels in the metropolis [New York, Los Angeles, Chicago, Dallas] and then flew to smaller cities, then back the same night to big cities, always making use of a squadron of limousines. 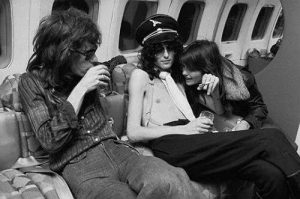 The Starship, as they named United Airlines Boeing 707 rented from owners Ward Sylvester and pop singer Bobby Sherman, had been modified at the cost of nearly $ 250,000 with the intention of renting it exactly to big touring bands.

Velvet seating, a bar, a U-matic video cassette with ¾-inch tape and a TV were installed, and a ‘privacy’ room was built into the back of the plane. Carpets, champagne, the Starship had it all, and even Air Force One of then US President Richard Nixon could not compare. There were two flight attendants on board, and expenses were $ 2,500 an hour. 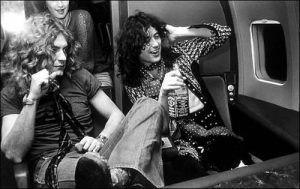 Rumors have it that John Bonham drove the Los Angeles jet to New York on one occasion. Another story says that while he was drunk, he tried to open the door of the plane to urinate while the aircraft flew over Kansas City…

Having your own jet these days is no big deal. By 1973, only demigods had them and this had a big impact to become the headline of NBC Nightly News. The journalist who narrated the story seemed to be bothered by the fact that young guys in their twenties and wearing bell-bottomed pants have so much money.

Unfortunately the audio was removed from the video on Youtube.

Check it out the video and photos: 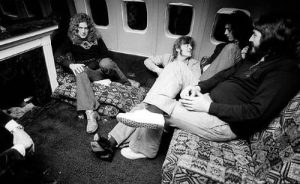 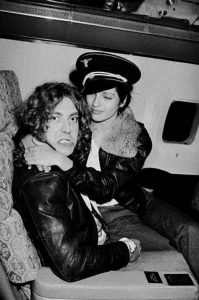 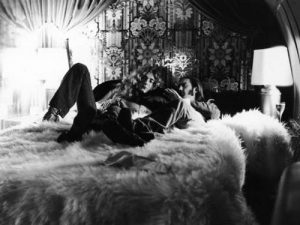